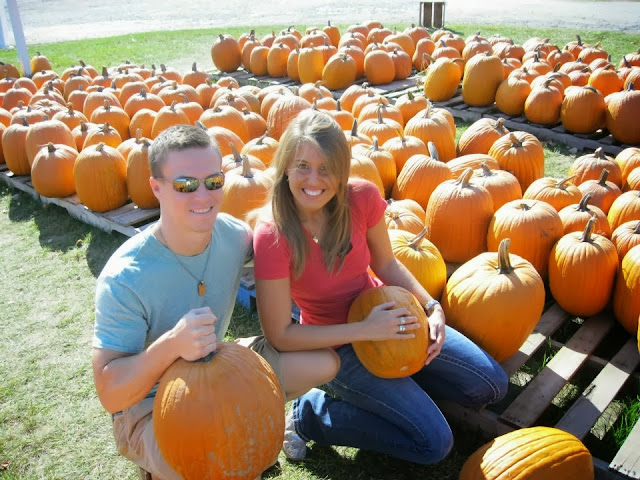 Ahh! It's the end of my "Fall Favs" series. Hope you had as much fun reading it as I had writing it. Nothing better to put me in an Autumn mood than to really think deep about my favorite seasonal stuff. (and I have an English degree so any opportunity to use alliteration in a geeky way is aaawwwweeeesoommme)

Fall Favorite Films Friday. Terrence and I go through phases with movies. Sometimes we are aching for a documentary (total nerds) sometimes he wants to re-watch Inception 100 times, and sometimes a girl just has to watch Mulan. (Sorry I'm not even a little bit sorry) But some of the phases have to do with travel, or seasons or whatever. For instance, when we went to Paris this year we watched Midnight in Paris, Amelie, Paris, Je T'aime, Before Sunset... I could go on and on. We just get a kick and we can't stop until it's run it's course.

Lately, we have been on a fall kick. Since we don't have cable (by choice. trust me, it will save your marriage) we have been kicking back a few nights a week, grabbing a bowl of homemade popcorn, (Seriously, make your own with either olive oil or coconut oil... top it with some sea salt and cracked pepper. Nothing better in this world) and watching some seriously great Autumn flicks.

And because it's Friday, and you might be wanting a good one to watch... here's a couple of suggestions:

First up, Sleepy Hollow. I mean, c'mon. This is a fantastic movie for the season. And it's directed by Tim Burton, so you know it's going to be a little dreamy.

Second on the list, a perennial favorite, Dead Poet's Society. I have seen it a thousand times, but Terrence hadn't ever seen it. I felt really bad while we were watching it because he was like "Oh! I hope Neil doesn't perform badly in the play and then his Dad won't let him act anymore!" Ahhh, if only THAT was the worst of Neil Perry's troubles.

Third, October Sky. Ok, so it's a little hokey... but it's so good. I know that you probably watched it in your high school science class, but give it another watch. (It even has the word October in it)

Scent of a Woman is a little older but has some beautiful fall scenery and some fabulous acting from Al Pacino.

Finally, my very favorite, Arsenic and Old Lace. Makes me want to curl up under a blanket, drink some elderberry wine (not!) and admire Cary Grant as he slowly goes insane.


There's also Good Will Hunting, Rushmore, When Harry met Sally, and The Royal Tenenbaums. What are some of your fall favorites? Share! (We are running out of ideas!)
Watch happy, xx
Labels: best autumn movies best fall movies movies about fall movies in the autumn