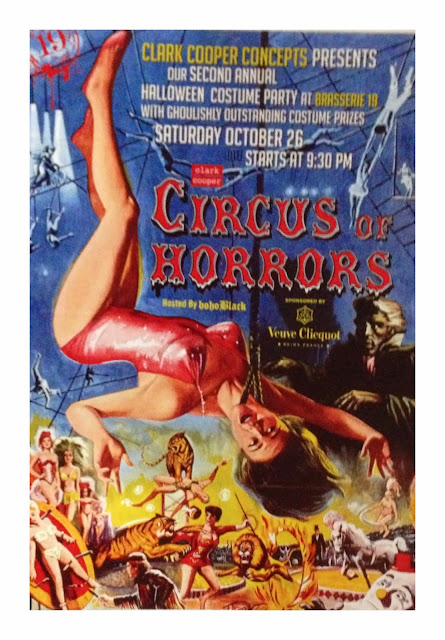 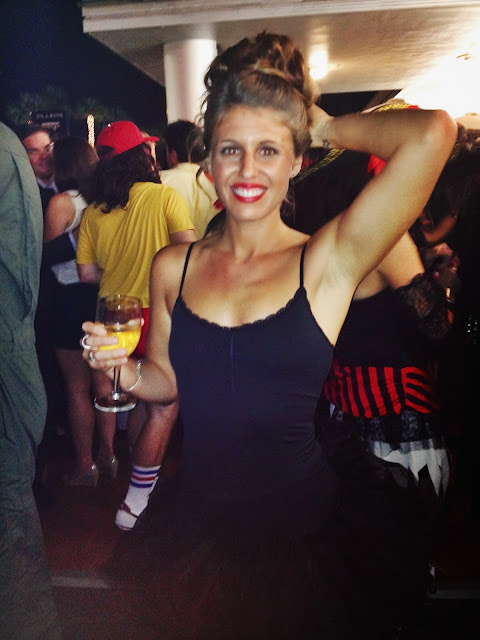 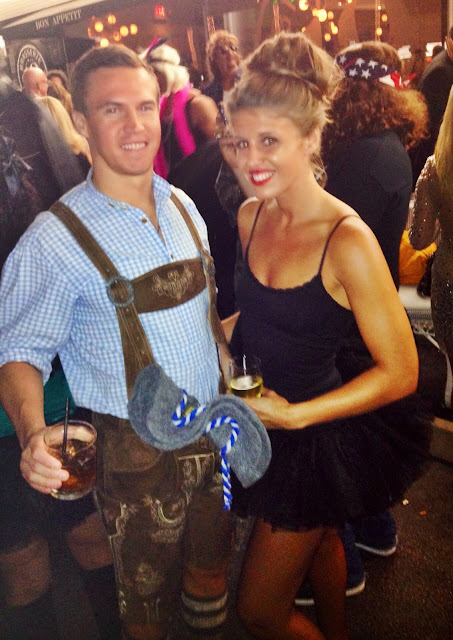 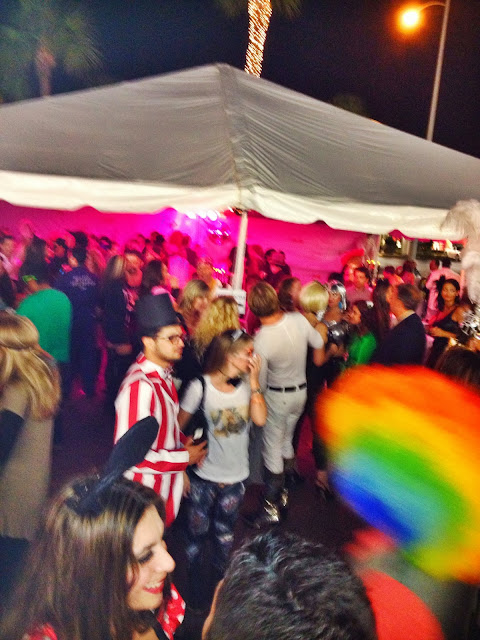 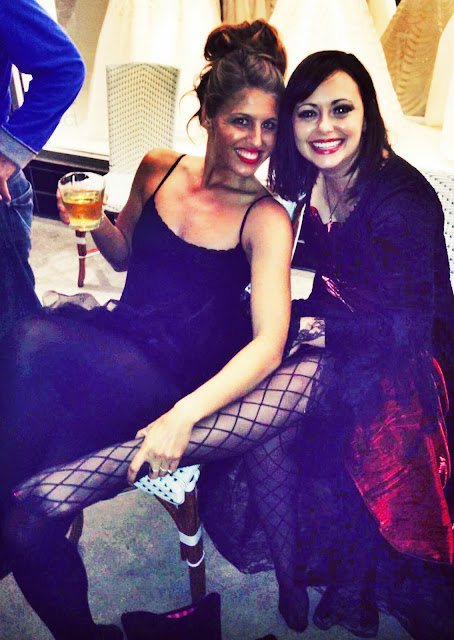 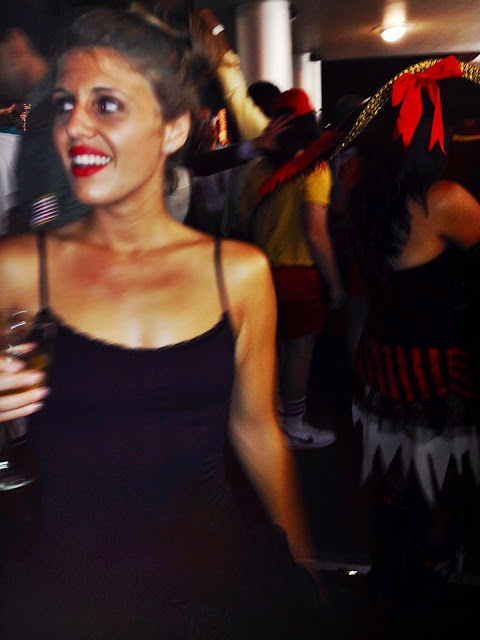 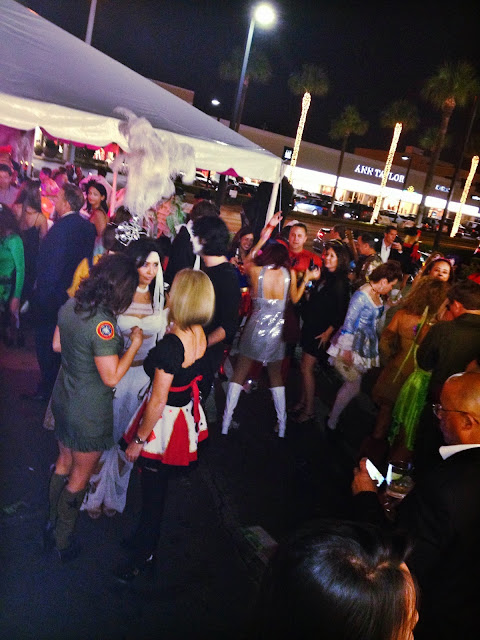 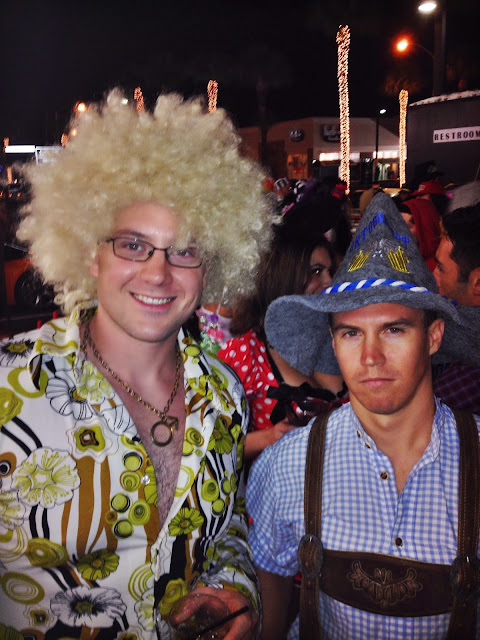 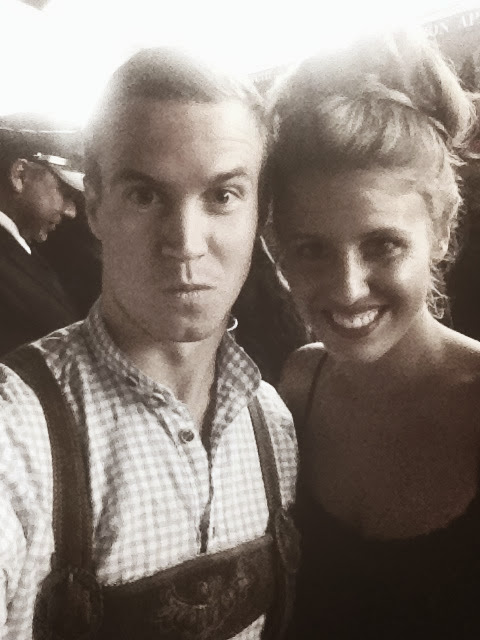 This past weekend Terrence and I went to a Halloween party that was a little more adult than we normally attend. For one, it was held at a realllllly nice restaurant in lieu of a bar, and two, the crowd was made up of mostly couples. I thought that because it was an older crowd that the ladies would be wearing more. I was wrong. Which is fine. I don't have any problem with girls who wear slutty sleazy provocative costumes. I think it's stupid that people freak out about it so much. We have one night a year to wear whatever the heck we want and not feel awkward, and so if you want to wear to dress up as "sexy butterfly" or "sexy border control agent" or whatever, I say go ahead.


Anyways, Terrence used his old stand-by Halloween Costume, which is REAL lederhosen from his trips to Germany, and for as expensive as I am sure they were, he gets a lot of use out of them. I chose to be a ballerina. I know it looks a little "Black Swan", but honestly, I  just wanted to feel pretty, without being too undressed. I debated a bunch of different costumes, but decided that for Halloween, I wanted to costume myself in something that I would be too insecure to wear any other time, and not because it's tawdry or risqué, but because I never really think of myself as graceful or elegant, which to me, is epitomized by ballerinas.


The restaurant was fantastic, as always. I've written a few time now that Terrence and I are obsessing recently with France, and so the French cuisine at Brasserie 19 is no exception. It was a better experience that I had imagined to go to a slightly more adult, "upscale" Halloween and made me realize that we are most definitely...getting older. But, I think that's a good thing. Life has too many stages to be stuck in one too long.

The party ended up being mostly people watching and then we, along with our friends that we came with, ended up going back home for a nightcap around midnight. Terrence and I spent the whole day Sunday praying for death because we were so hungover. (I repeat: we definitely can tell we are getting older)

How did you spend your Halloween? When did you know that you might be getting a little tired of the Halloween 'bar scene'?
We are going to Austin next weekend, and we haven't made up our minds if we need to pack costumes for that trip too. We may get in on the Halloween Bar scene after all.  Stay tuned!
Spook this,
xx
Labels: Brasserie 19 Halloween Halloween Houston 2013 Houston Halloween