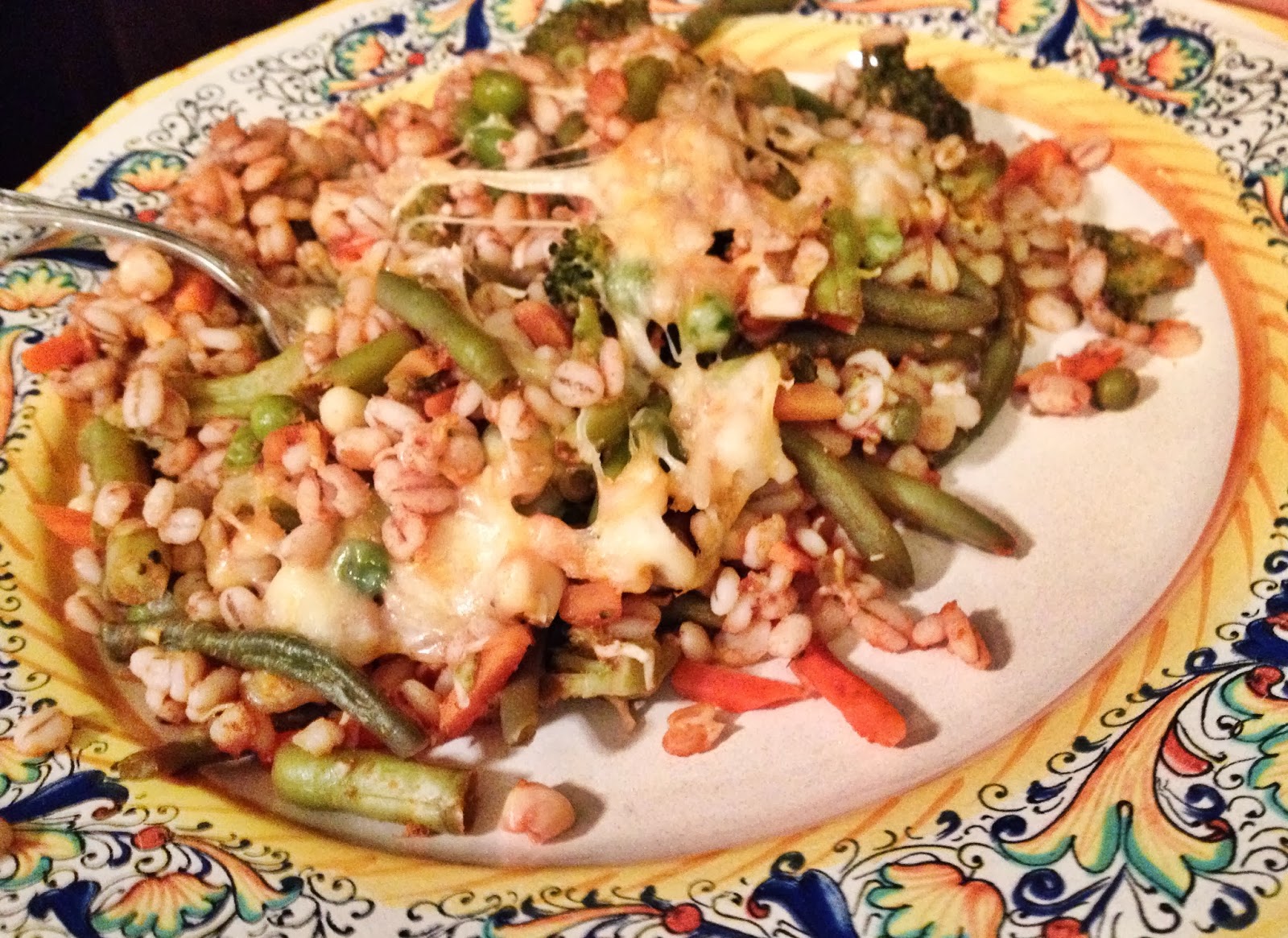 few months ago, I bought some Trader Joe's "Quick Cooking Barley". I don't know why. The package just seemed to call to me. It was small. It was brightly colored. It said "quick" on it. It seemed like a great idea at the time.

Over the past few months, whilst searching for cans of black beans, or shuffling through the 12 different types of alternative flours that we own for whatever reason, I would come across this little bag of barley. It seemed so sad. So alone. I would make a mental note to use it. To find SOME recipe wherein I could deposit the barley. But because my life tends to have a little more going on in it besides  barley, it was largely forgotten.

Cue: Last week. Feverishly attacking the cabinet, I was on a mission for cacao powder. And just as I drew my hand out, the barley was there. It fell on to the floor in a pathetic attempt to be cooked with. I sighed, picked it up, and realized, it had lived in the pantry long enough.

Looking through recipes online, I kept coming across this barley casserole recipe that originally came from weight watchers. Truthfully, I'm a big fan of weight watchers. Their whole thing is portion control, and since I lost like 45 lbs with Weight Watchers back when I was 16, I decided to use the WW recipe as the foundation. (Fully knowing my final product would be WAYYYYY better. And healthier. And made from better ingredients. And in all ways superior.)

Method:
1.
Preheat oven to 350ºF.2.Heat oil in very large nonstick skillet over medium heat. (like the biggest skillet in your kitchen. The one you would attack a robber with. Is robber even a real word?)3.Add onion, garlic, corn and Swiss chard (except don't use Swiss Chard. Unless you love vomiting); cook, stirring frequently, until onion is translucent; about 5 minutes.4Stir in tomatoes, barley, cumin, oregano, salt and pepper; heat through. Most of the flavor is coming from the cumin, so be sure to be slightly heavy handed with it. It's what gives the dish that "Southwestern taste"5Coat a 2 1/2- to 3-quart baking dish with cooking spray. Spoon barley mixture into prepared dish in an even layer; sprinkle with cheese.6Bake until cheese melts and mixture is hot, about 25 to 30 minutes.7Remove from oven and let stand for 5 minutes before slicing.
8
Stir in salsa when serving. This is optional, but we like our food really flavorful, and the salsa gives it a lot of flavor without adding calories. (much safer than cheese)