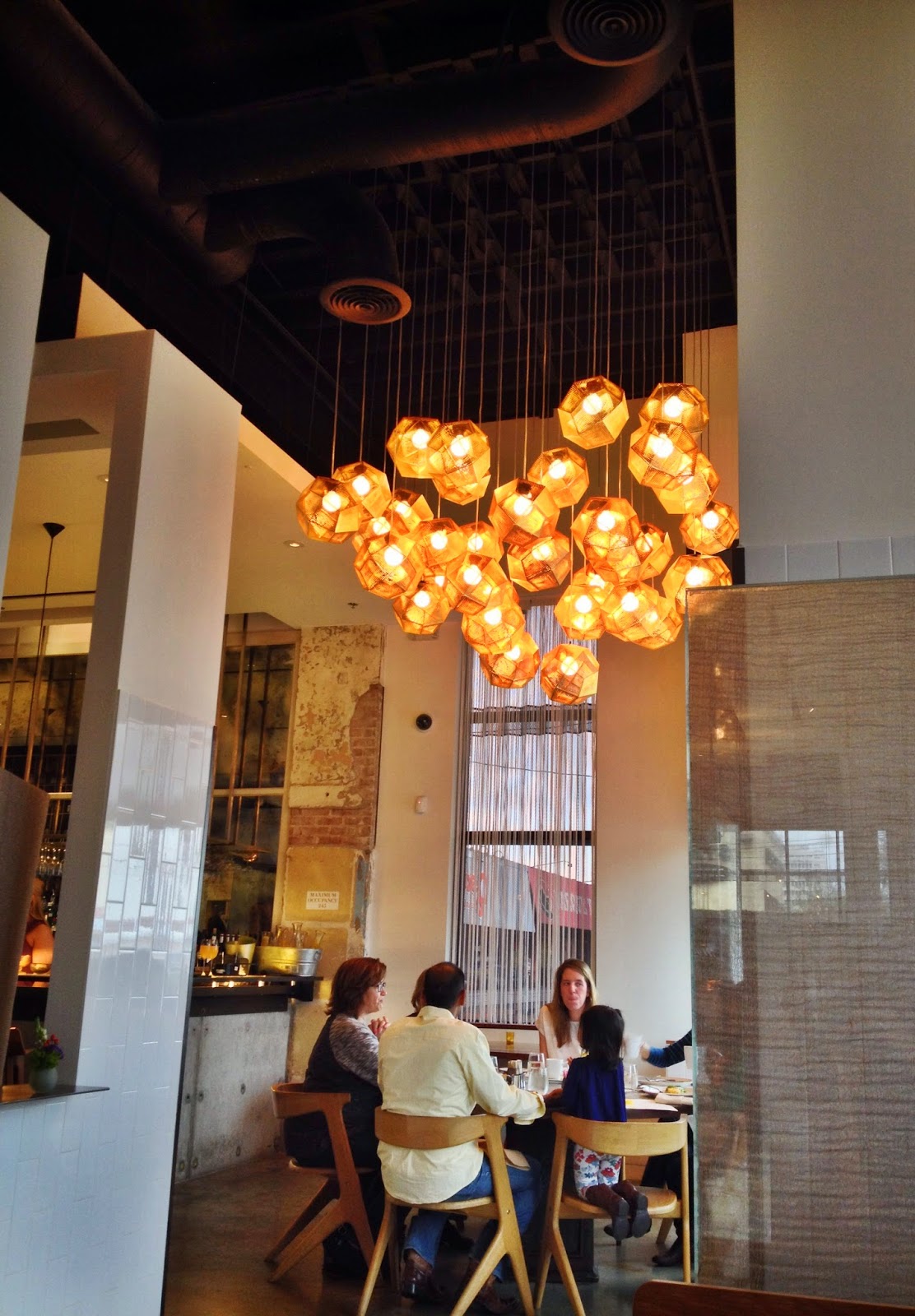 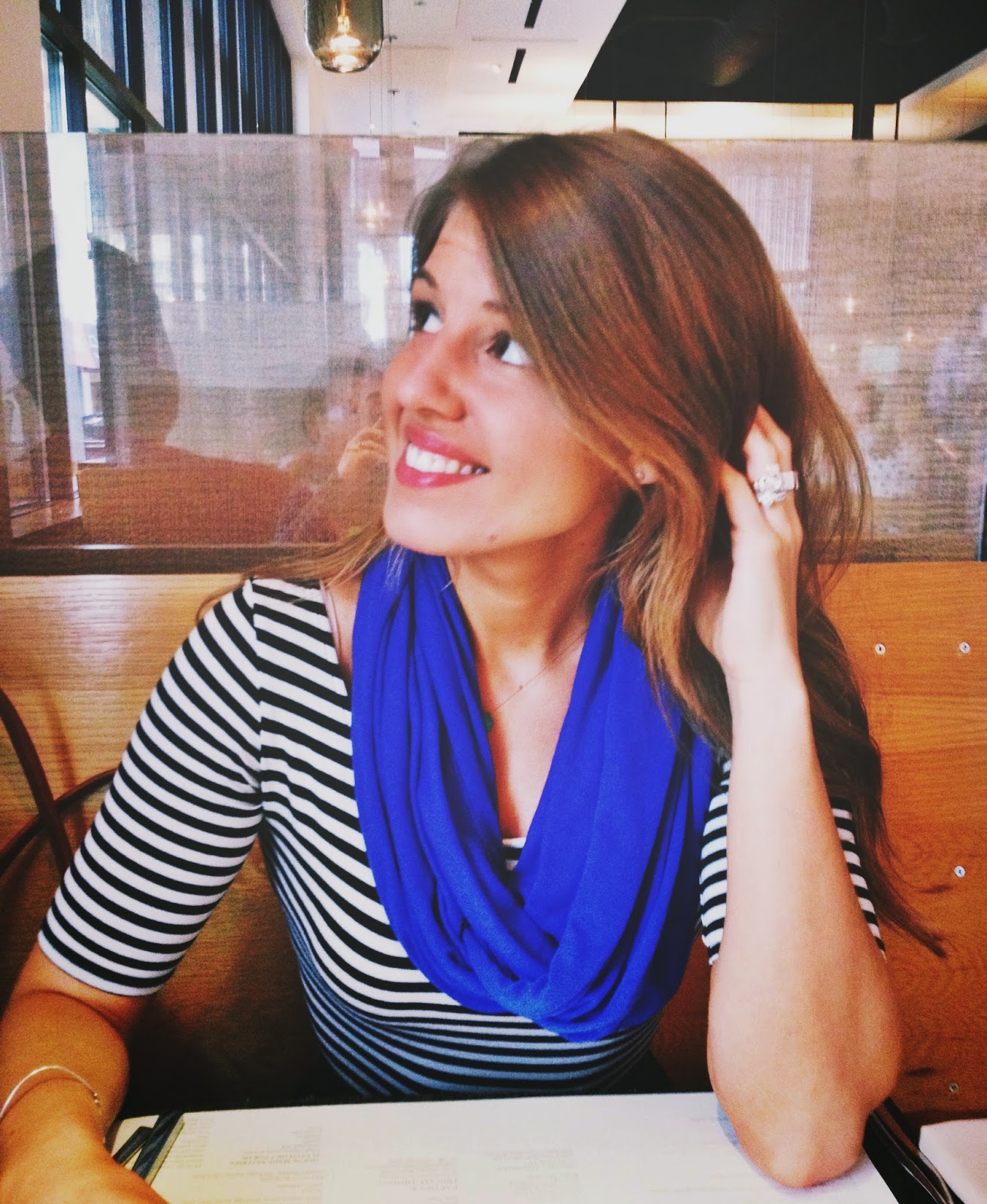 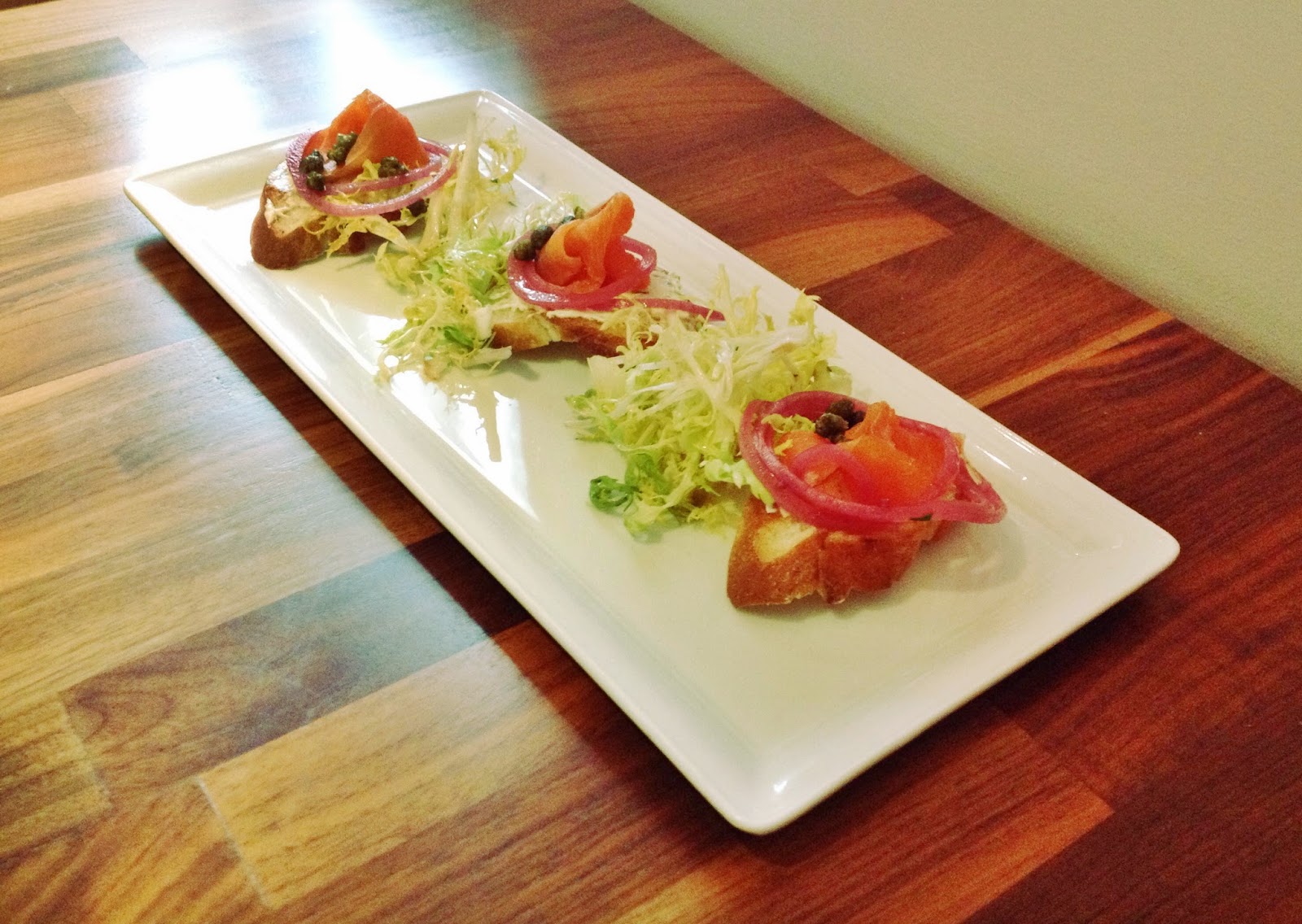 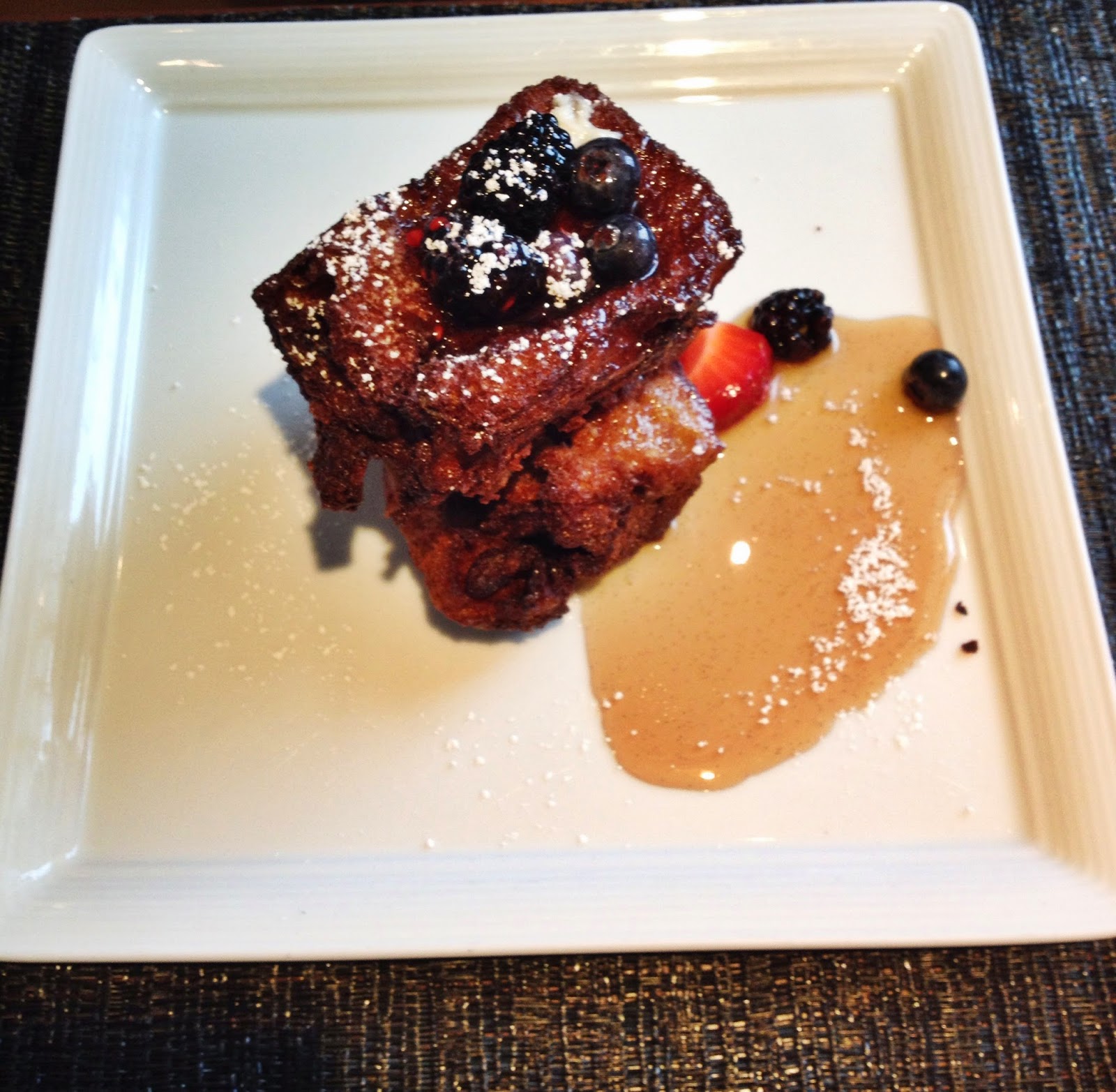 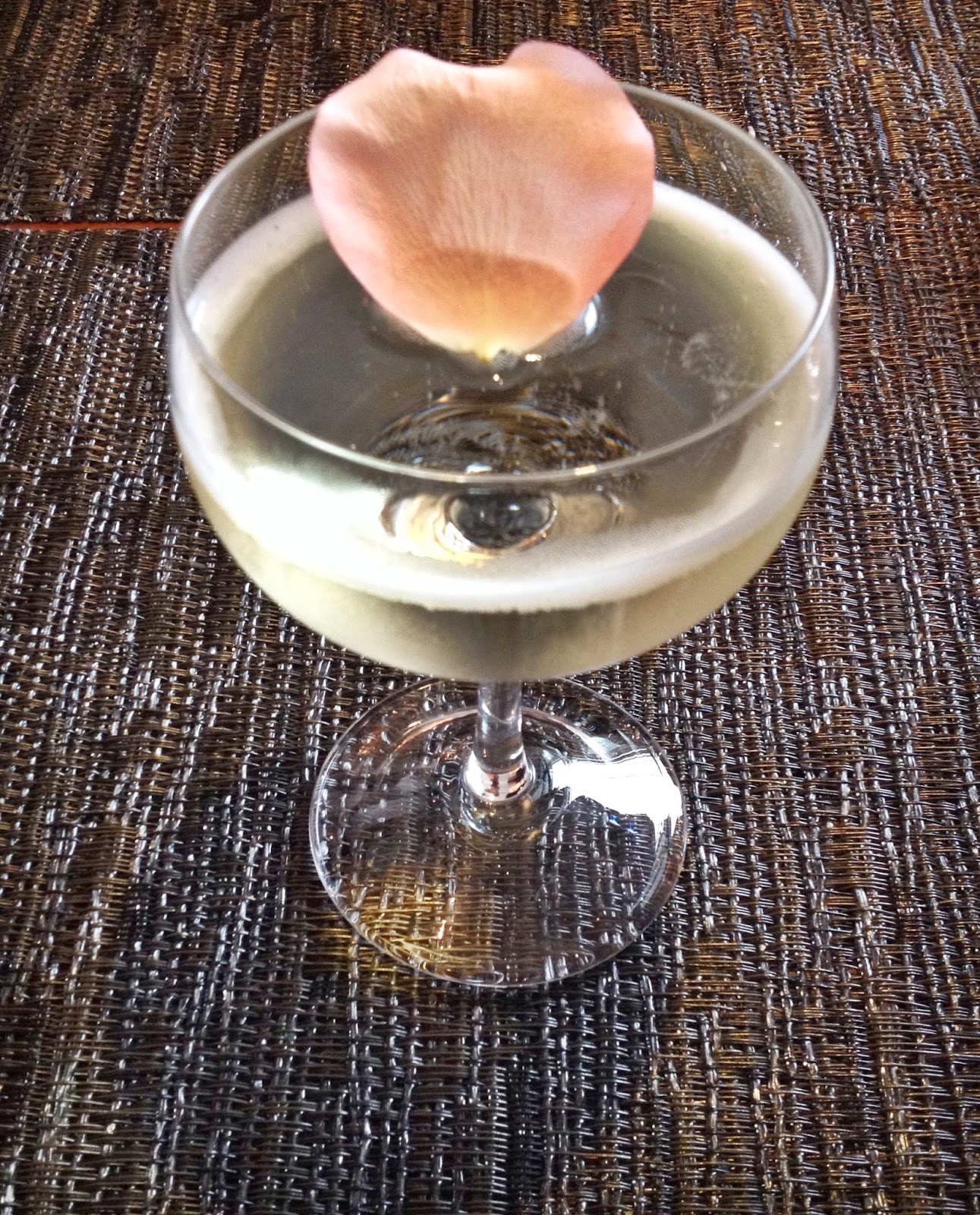 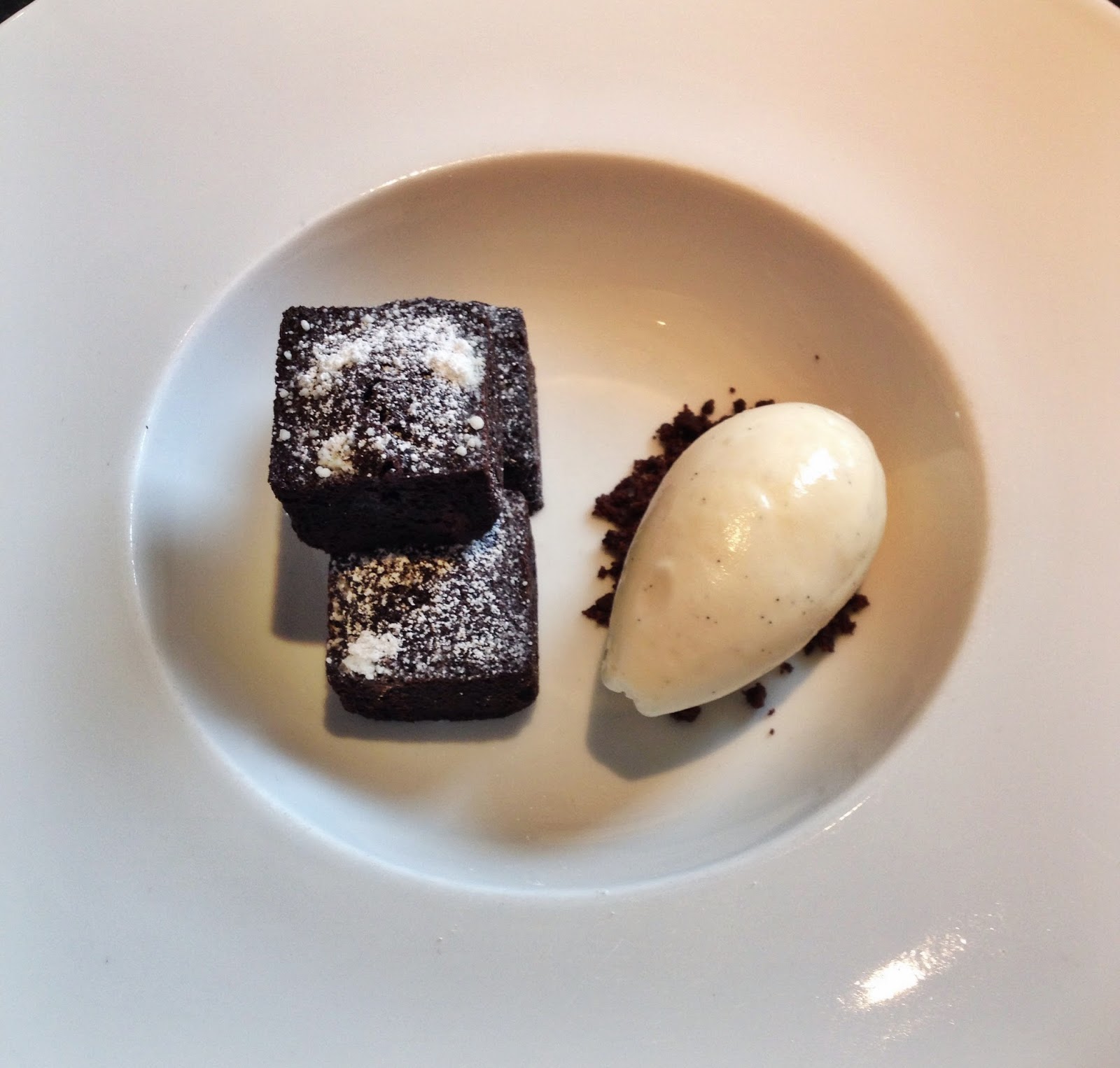 In Houston, Brunch is an institution. I know that some other cities think that brunch is a big deal, but not like Houston. Here, things are SERIOUS.

As much as Terrence and I are gunning to move abroad, one thing we would miss heartily about our adopted city is the food. The restaurants here are divine.

Recently we discovered Triniti. It's like a trendy, modern-y, restaurant across from the Trader Joe's on Shepherd Dr. I had read some articles about how fabulous it was, and in the spirit of not being left out, I made us dinner reservations.

And it was delicious.

So then I took the liberty of making us brunch reservations the next weekend, and it hit the ball out of the park.

It can be difficult with our diet restrictions here in Texas, (the land of BBQ and all things BEEF and BACON) to find items on a menu that are veggie-friendly. But they had butternut squash quiche and monkey bread french toast with mascarpone cheese and vanilla syrup. So, obviously the choices were easy. They also had smoked salmon toast, homemade scones, I had a very tasty-tangy bright greens salad, and an interesting spicy cocktail with cilantro in it. (I love that places are using cilantro in drinks more often now.)

We ordered the 5 course  prix-fixe brunch for $35, which included a cocktail of choice OR bottomless mimosas. (For real). There was a jazz singer playing in the background and lots of bubbly conversation. We noshed on house-baked berry glazed donuts and sloshed organic champagne. The service was great, the atmosphere was bright and vibrant and couldn't stop smiling. It was the perfect way to end a weekend.

So, Triniti, you have captured the Houston brunch crown. All Hail Triniti, King of Brunches.

If you're in Houston, or coming out anytime soon, GO. Go directly to Triniti.