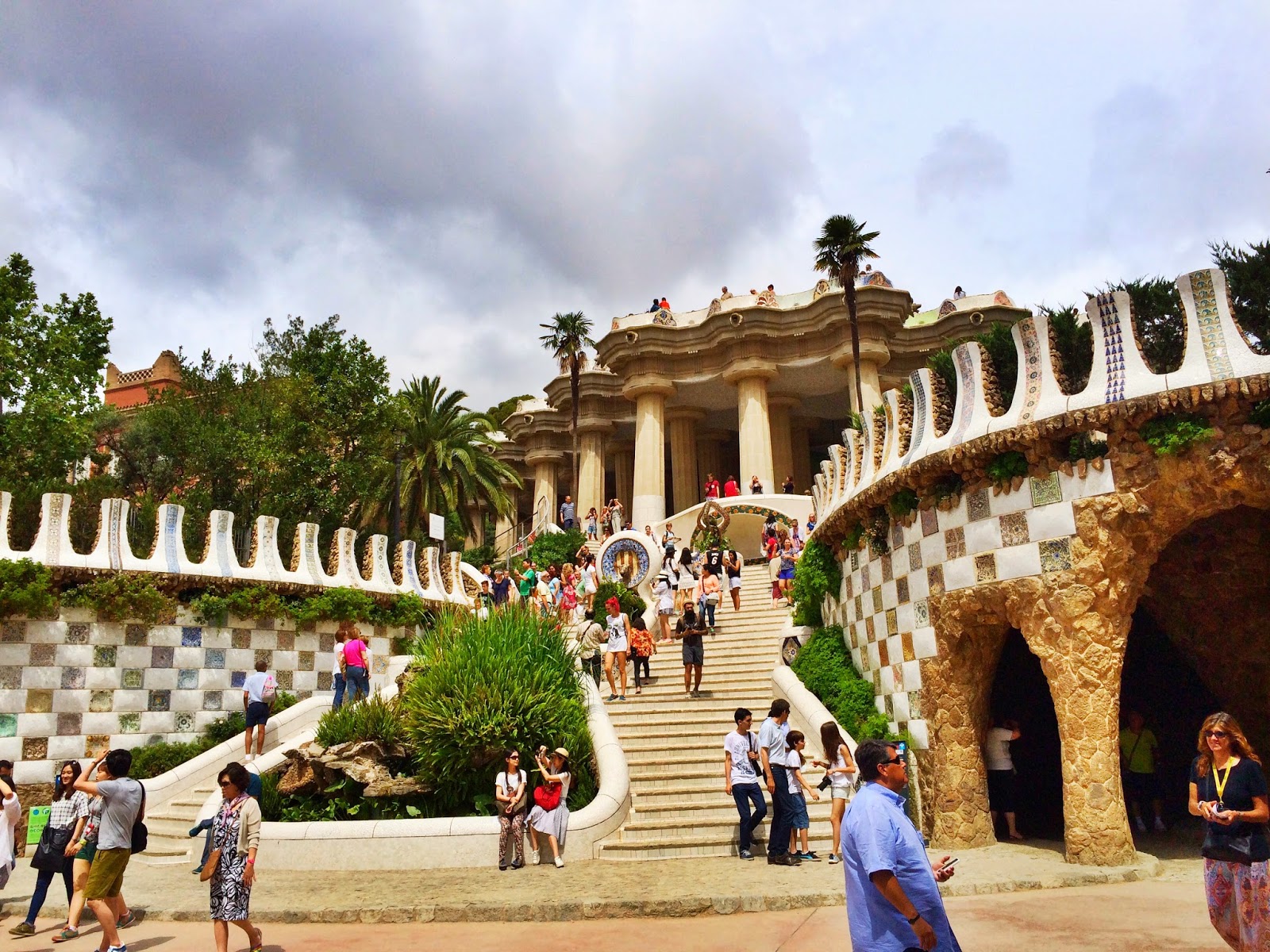 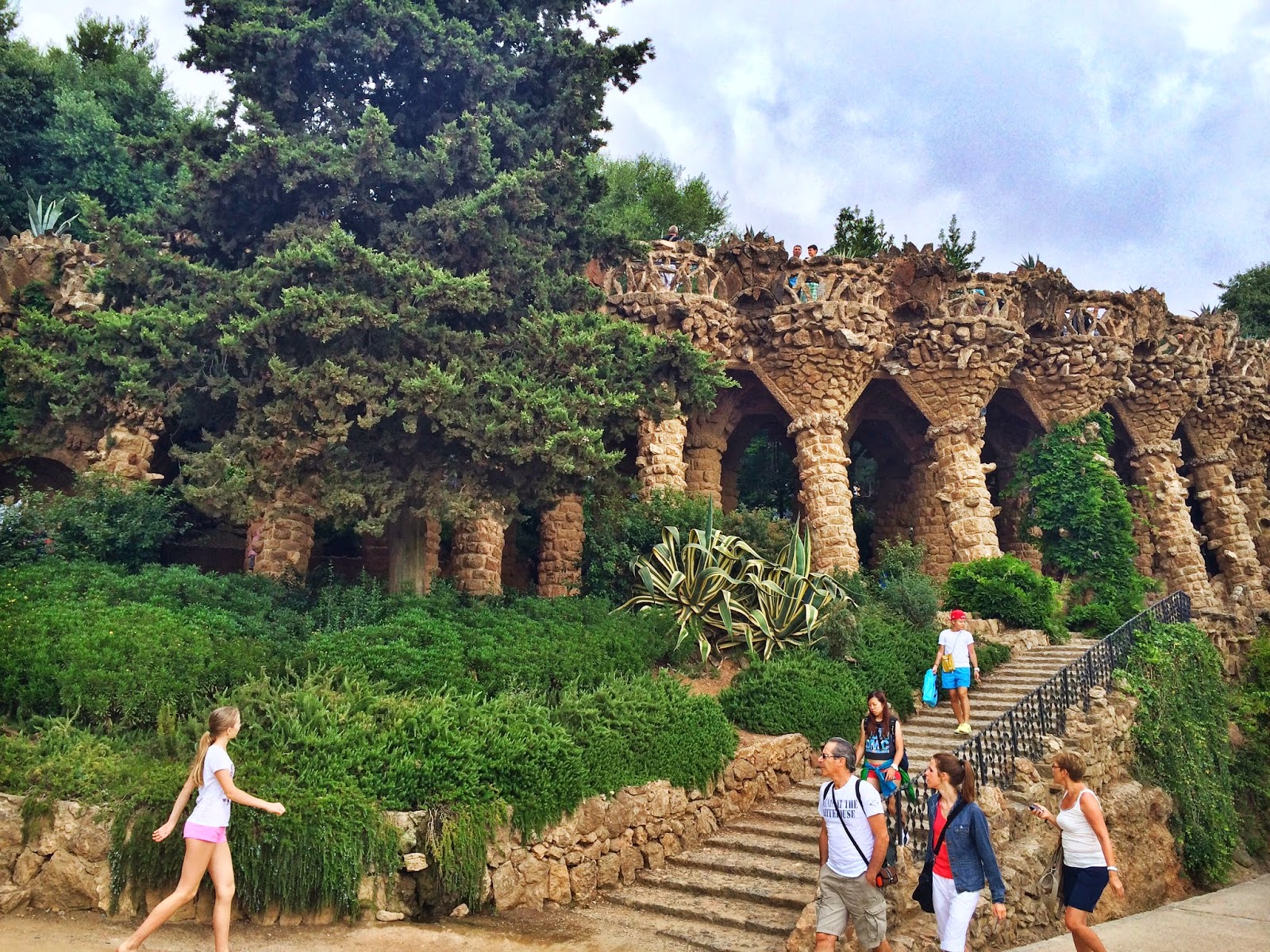 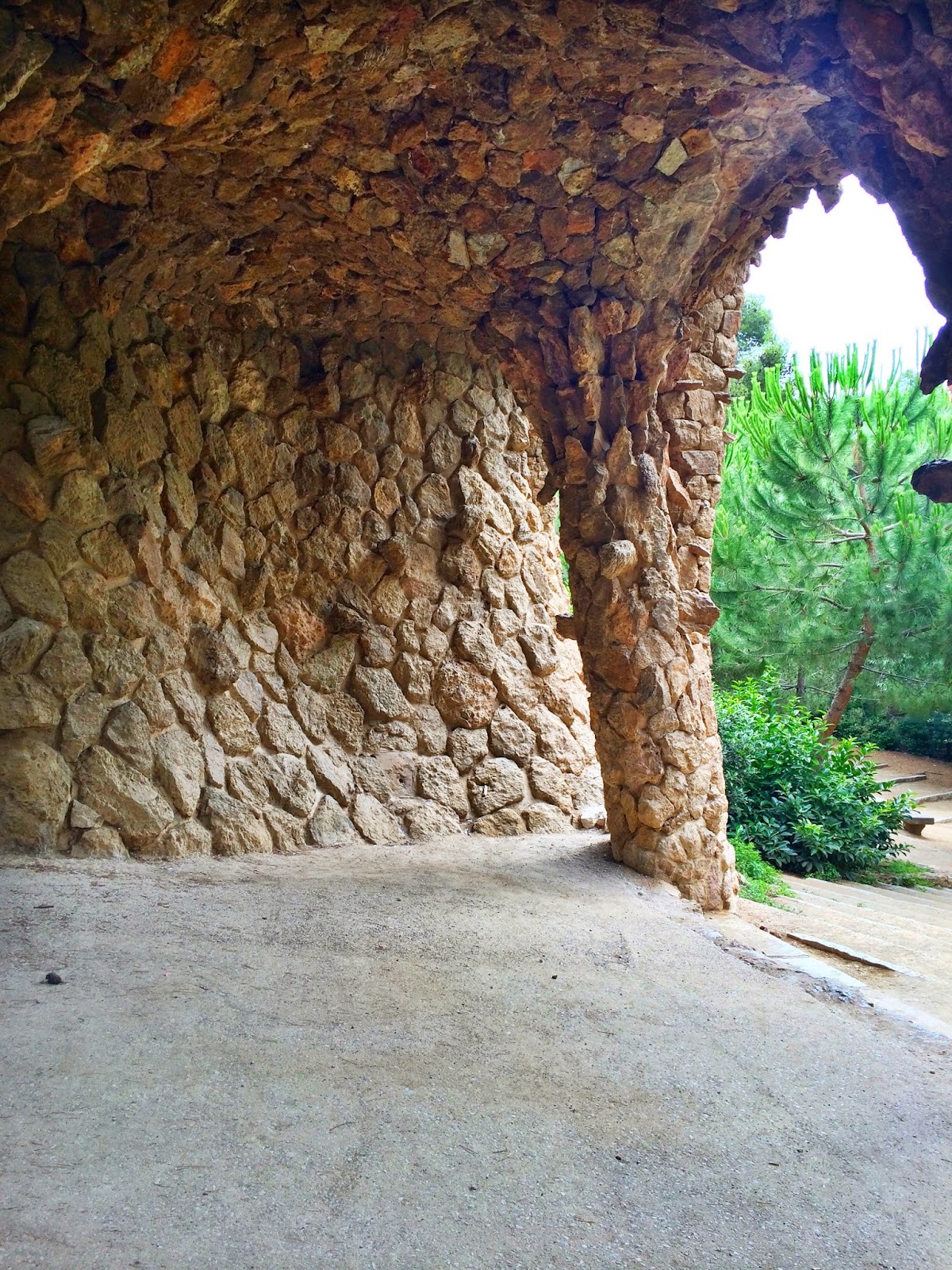 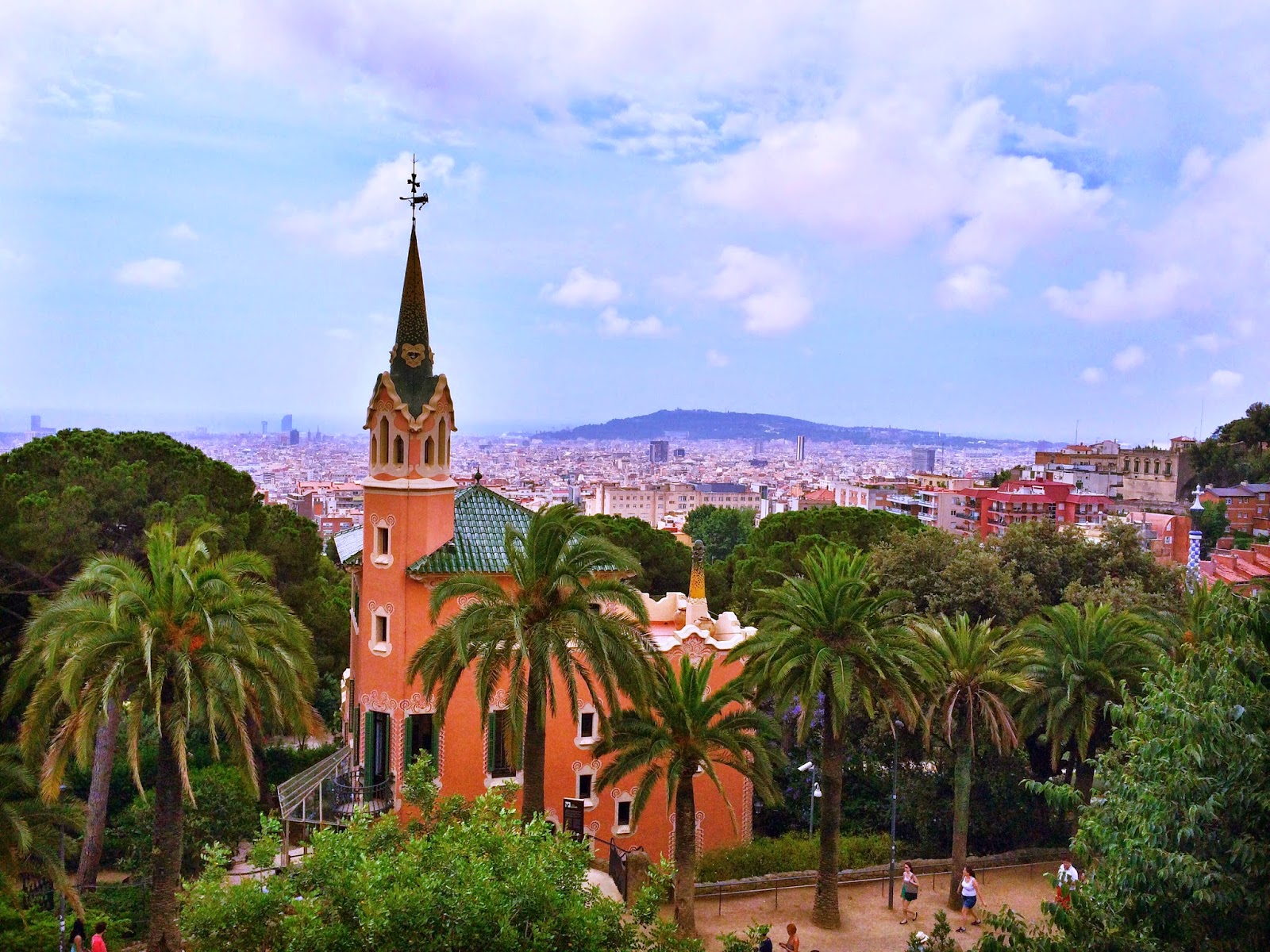 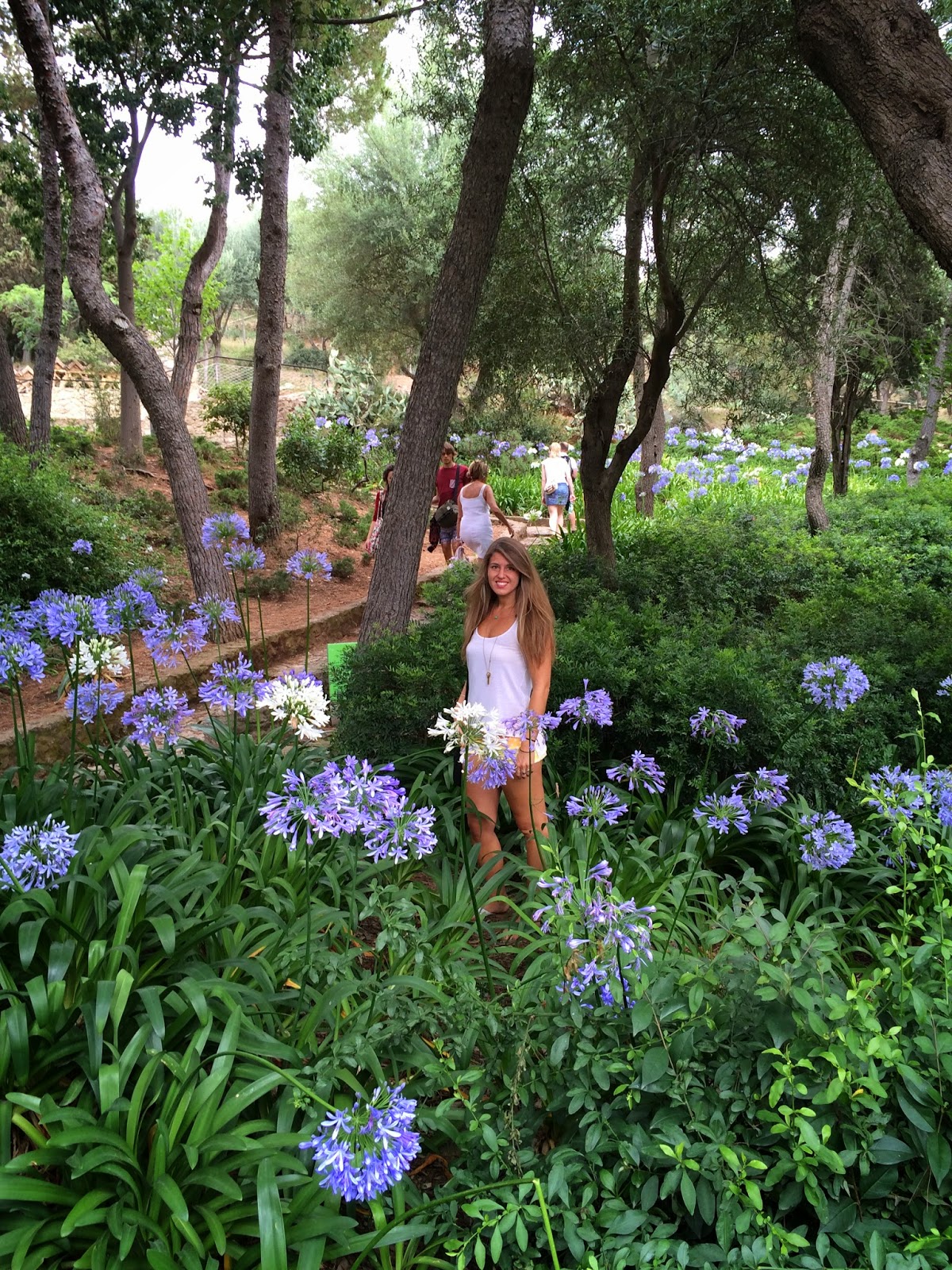 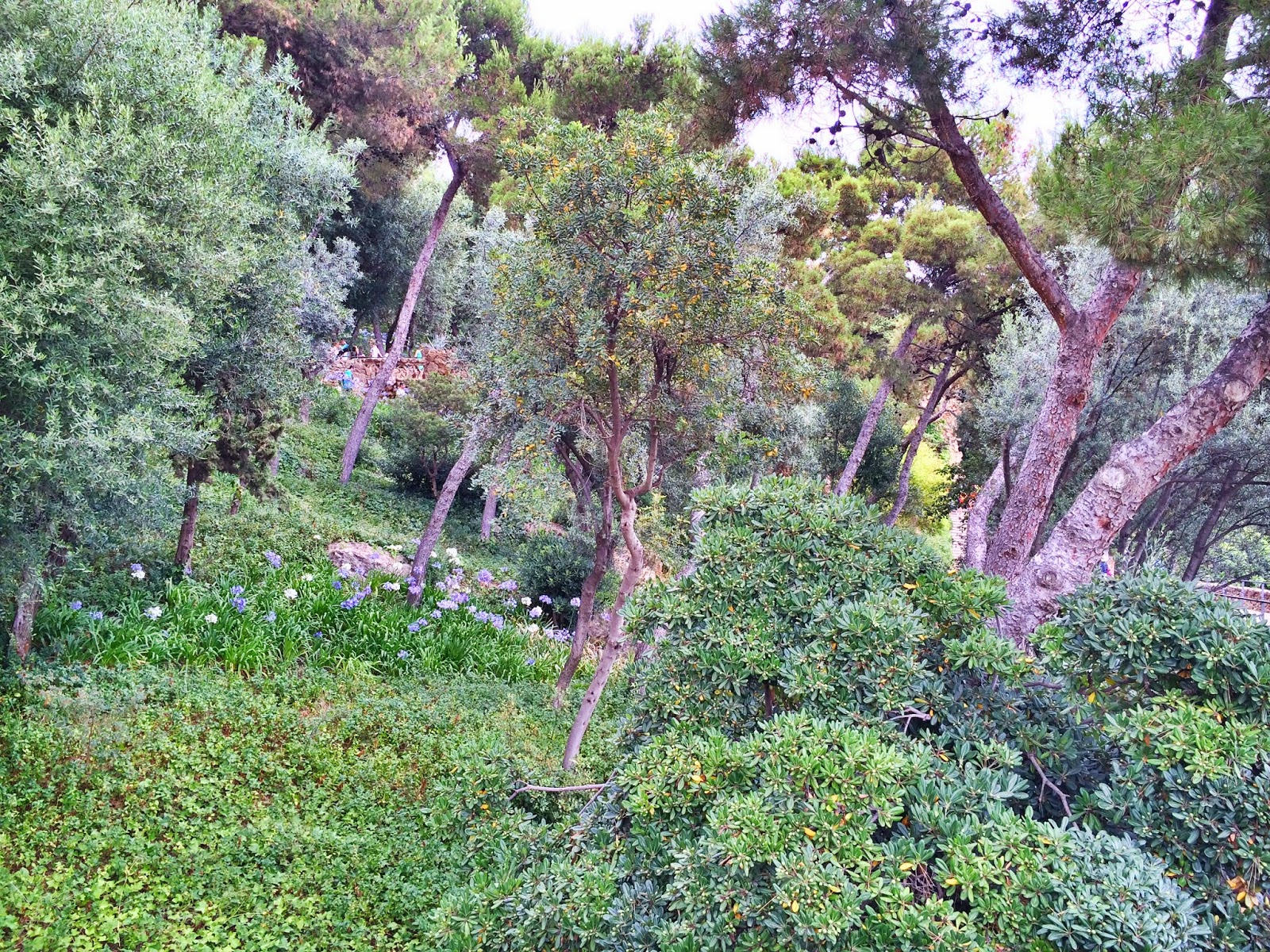 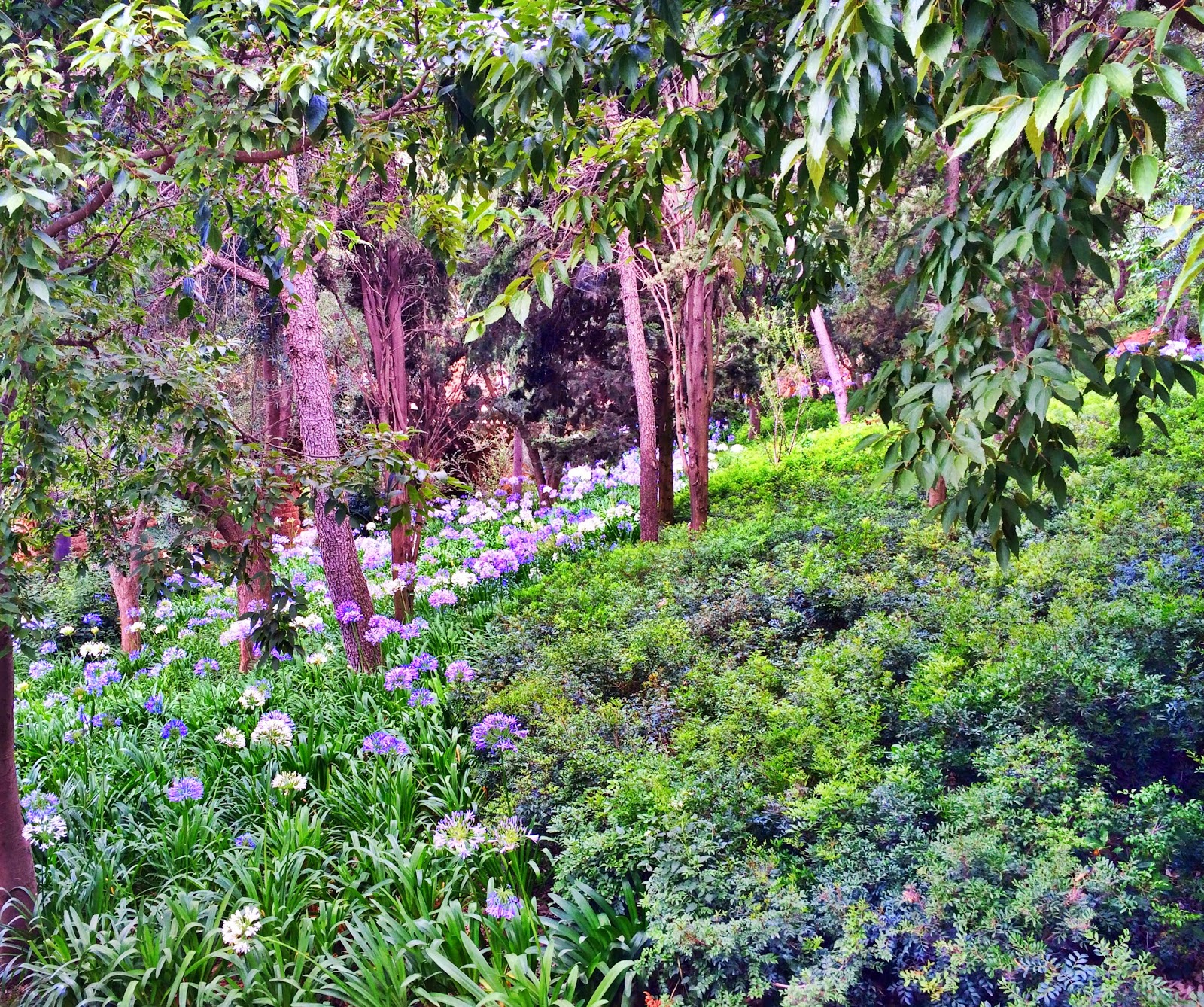 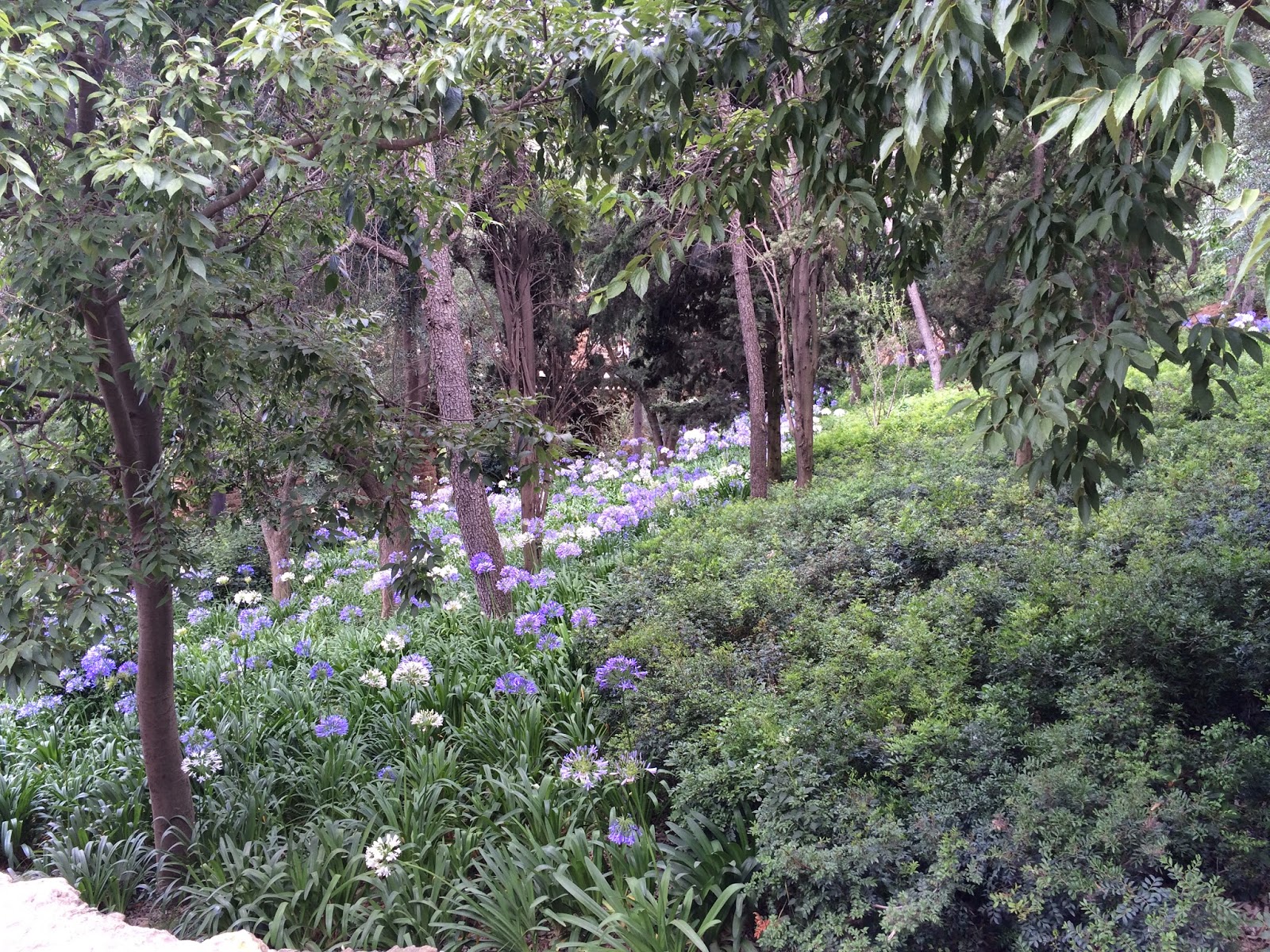 Park Güell. Yet another of our Antoni Gaudi architectural stops in Barcelona. The Catalan architect worked on the project from 1900-1914...when he instead devoted himself to La Sagrada Familia, which, as we know, as of 2014, still has 12 YEARS before it is completed.

The park began as a housing development for the wealthy, modeled after the English garden-city movement. The houses were to be all gathered together in El Carmel of the Gràcia area of Barcelona. But, unfortunately it was unsuccessful, so it has instead been converted into a lovely park with odd Gaudi-esque rock pillars and flowers speckled throughout the property. There's a guardhouse and a central atrium type building, but other than that the site is pretty much devoid of structures...which is bummer city.

Why? Because I really thought it was a English Manor House style housing development. So, to arrive and find nothing but empty land and bare bones rock pillars that look like the sub-par sandcastles I make at the beach was disheartening. I hadn't done my homework, so I was picturing an entire park of Casa Battlos. Le sigh.

But, the weather was fine, the flowers were beautiful, and I saw something new and interesting. It made one wonder what it would have been like had the idea taken off. And what would La Sagrada Familia look like if Gaudi's attentions had been diverted into several places.

So, it is definitely worth a visit... but I would advise using my friend Patri's advice instead. She is a Barcelona local, and she uses the park for running trail purposes. Which to my mind, would be the perfect way to experience them.