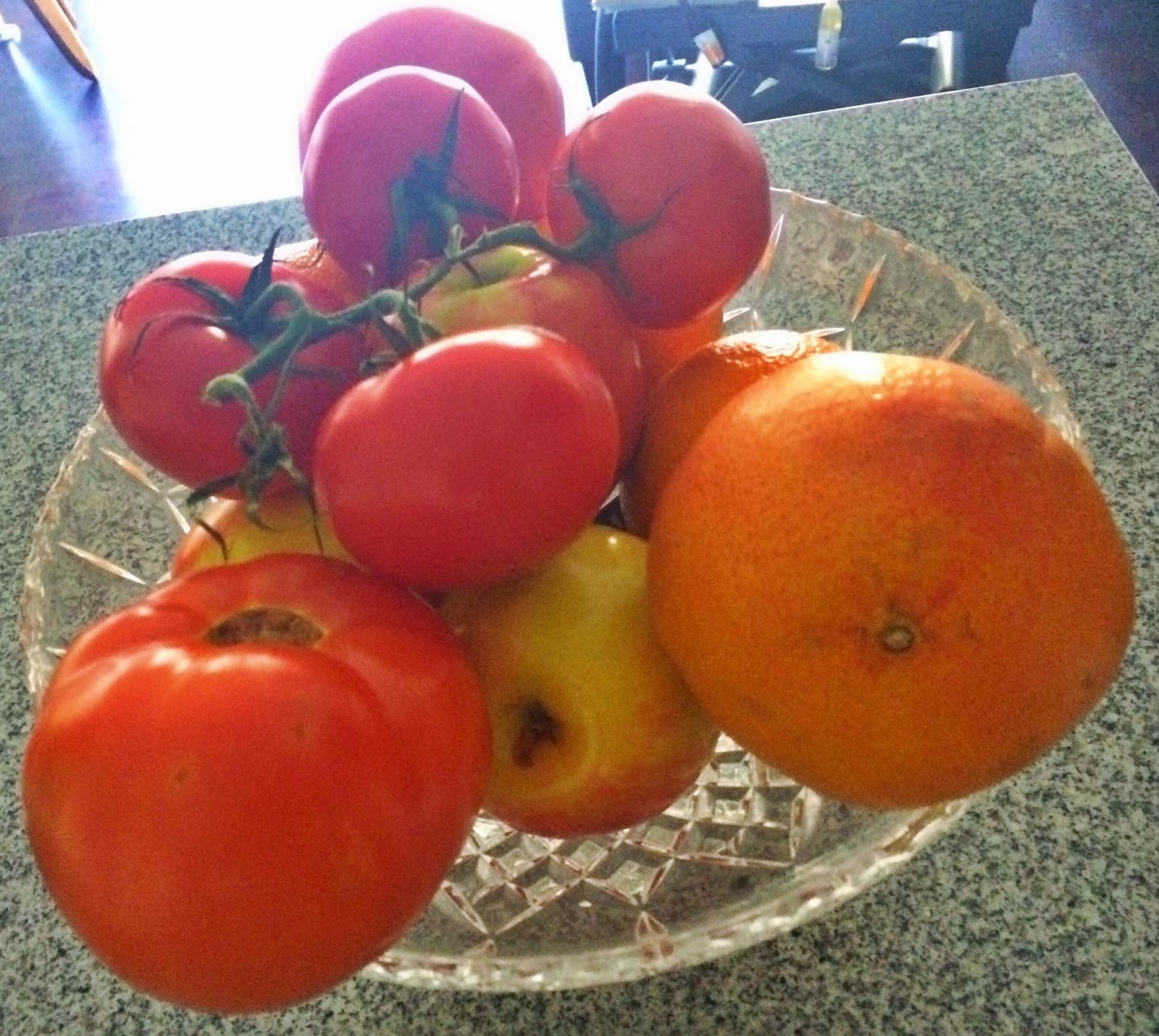 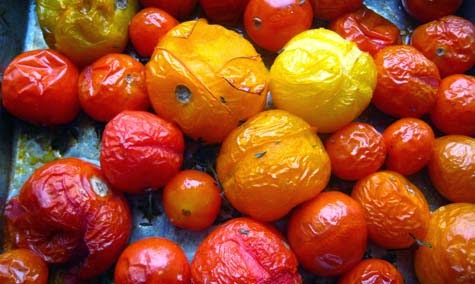 I like easy things. There is enough difficulty in my life (probably your life too), and so when there is a simpler way to do things, I'm all 'bout it.

For dinner, I like things with few ingredients, and not a lot of skill. I don't like following directions. I don't have nor do I want a food processor. I do not like to read the word "fold" in a recipe (i.e., fold in eggs to batter...cringe) I don't like the idea of making egg whites into anything, like, meringues or whatever, except cooked egg whites (with the yolks still in them.) If there's more than 10 ingredients, foggedabotit.

One of my favorite soups to make is a roasted tomato-red pepper. No dairy, no broth (unless you wanna) and only two necessary ingredients. Tomatoes + Red Peppers. Big surprise, right?

Anyway, it dawned on me that many people don't know how to roast tomatoes, so, I'm here to preach the good tomato message. And then possibly share the soup recipe at a later date. Or, you can figure it out on your lonesome.

Method:
Set oven to 400 degrees.
Cut tomatoes in half, or in quarters if they are enormous. (some of mine were massive, that's what she said) Some people like to slice the tomatoes, and if that's you, get down with your bad self.
Sprinkle a little salt and pepper on top and then slam into the oven, roasting for 25 minutes.
Peel skins when they cool a little, or immediately if you like your fingers to have blisters.
Tomatoes are ready for whatever recipe you want, or can be processed for soup.

Optional: feel free to use basil, oregano, cumin, whatever to season the tomatoes. I don't like them to have an Italian taste for the specific recipe I normally use them with, so I just add salt and pepper. If you want them to, ain't nobody gonna hold you back.

Anyway, enjoy or whatever.