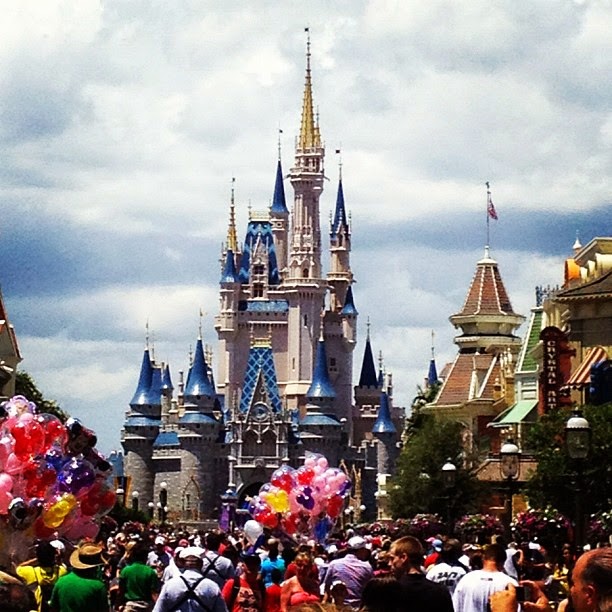 Nolandia is traveling to Disney today and honestly, we couldn't be more excited.

People think that Disney is for kids, and having gone many times as an adult AND as a child, I can tell you that people are dead wrong.
Disney is magical. Absolutely in the most corny, saccharine way possible. If you don't get up every morning at Disney and say out loud, "WE ARE IN DISNEY WORLD" then you don't belong in Disney World. If you aren't peeing your pants with excitement to get on the  Tower of Terror, or willing to chew off a small child's arm to get a better seat on the Aerosmith ride, then stay home.

Disney is amazing. The meal plan makes it totes ok to eat way more food than a normal human would reasonably consume. Epcot is MADE for day drinking, and it's the only place in the world that its cool to wear Disney shirts as an adult. You wanna wear a tank-top with Cinderella on it? Get down with your bad self. Want Mickey Mouse ears? You BETTER want Mickey Mouse ears. Want to wear a pin every day that says "It's My Birthday"? You're damn right you do. I wear one every time, birthday or not. I LOVE when strangers wish me a happy birthday. I don't care how far away it is from my real birthday... I deserve that recognition.

It's also great exercise after downing Funnel Cakes at the American pavilion. You literally walk MILES every single day. Snagging fast passes  is like a Amusement Park dream come true. They didn't have that nonsense when I was a kid. We had to wait in line for every single ride, or wake up at 6am to be the first people to burst into the park like the Spanish running of the bulls.

Anyway, being an adult in Disney World is way better. Especially if you're two creepy weirdos like Mr. Nolandia and I who have no children, and are instead acting as if we are repeating our own childhoods. At Disney, you can eat dessert for every meal, drink around the world at Epcot and hop on over to Animal Kingdom to drunk-watch animals on safari.

You guys can keep your adult vacations, your Las Vegas nightclubs and Club Med bullshit. We'll take a meet and greet with Jasmine and Aladdin any day of the week.

See ya next week!
xx

Labels: disney as an adult disney for adults disney world