The Library of Panopticon-IT'S COMING 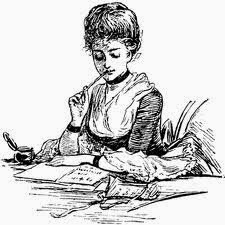 Oh, snap! It's almost time for the next book to come out! Have you preordered yet?
PRE-ORDER BY CLICKING HERE

Here's another sneak peek at the book, a little snippet to whet your appetite. The story is a fantasy born out of the idea of: "What if you could travel inside of the stories that you read? How would they change? How would you?"

So many people I have talked to, myself included have been changed so much by reading a book. Not necessarily non-fiction books or true stories or tales of harrowing events. But Fiction. Fictional accounts of events that never happened to people that never existed. Some of these books crawl under our eyelids and we forever see the world through the lens of the message or characters we met in that book. The idea of this was delicious to me. I had to write something that showed what I would imagine it would be like if those ideas not only stayed with us, but if we climbed into the ideas and lived within them. Pre-order the E-book on Amazon or wait and order the paperback on April 31st! The E-Book will be at a special PRE-ORDER price only until April 30th, so scoop it up!

Now, for the sampling of The Library of Panopticon by Alexandria Nolan (that's me!)

Marcus bent his grey head, his hair falling like a veil over his features, and he sank like a stone into the lion-tipped chair. The room was silent for a moment besides the incessant rustling of papers that always seemed to emanate from Relish’s person.
Waylon Fernsby settled in comfortably, a man who appreciated a fine storyteller and was making himself ready for a tale. Conversely, Theophilus shifted stiffly, and Isadora picked up waves of anxiety rolling off the young man. His usually smooth and charismatic visage was now creased into folds of apprehension. She could not but think that he knew something relating to whatever events Marcus was about to relate.
His silver veil never raised, his face hidden beneath the shining strands. He cracked his knuckles one at a time, and his gruff voice became suddenly clear and melodic.

“Many years ago, throughout our time on Earth, back to the beginning, back to the first written words, and the first men and women who could travel within them we begin our tale. Into the myths, into the stories that people wished to keep sacred, into the very coarsest lines of the reed pen or ancient words carved into rock. Many of these first Lectors, were descended from tribal storytellers, from the poets, from the keepers of a nomadic history. These were the people that would take hold of the imaginations of their weary families, brothers, sisters, cousins, all members of a tribe. This keeper of stories, lodged legends within their brain in a special way, recalling the details that made the story come to life for their listeners, the exact cadence in which the tales must be told. And so, these people were living two lives. One as a member of a family group, or tribe; and the other as a person who lived outside of the realm of the present reality, and instead had one foot in the land where stories live. From the moment that these tales were put to paper, the reader and writer of these fables, these legends, these allegories, was able to leave behind completely the reality of their time and escape into the narrative itself. And almost at the same time, there were members of these same tribes, same families, same societies, that disapproved of this practice. That saw no gain to be found by a physical body leaving their share of the work to be divided among their own kindred. A spirit of discord was then born, or perhaps it had always been there, waiting in the shadows for a body to live in and take hold of. Some believe it to be a physical being, others believe it to be an apparition. For myself, I believe it is like the stories themselves that the Lectors travel into, invisible to anyone who is blind to them, but visible to all those who would give in to its power. The spirit has no name, but he is the root of all of Tenebrae. This being sows hatred, confusion, dissatisfaction. He infects people in the world, and the creatures and characters within the story. He is not a leader, but instead…more like a virus that leeches onto the fears and doubts of its host, and drives them mad by feeding those feelings.”