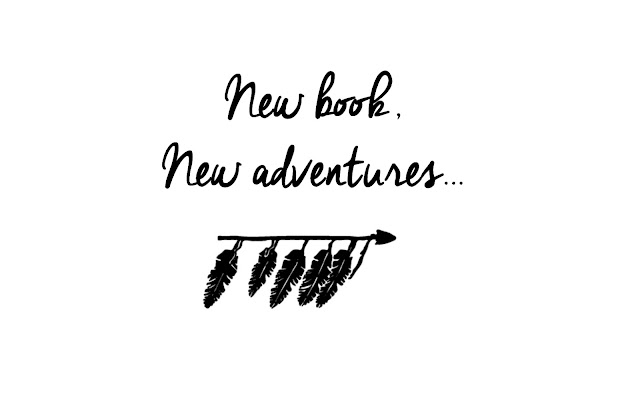 Today, for you, I have not only a link to the Kindle pre-order, but also an excerpt from the book. Check it out, and get excited! It's coming!

She had heard the story of her birth so many times, that she almost felt like it was one of her own memories. The tale held a truth about her, an essential part of her being that sounded wonderful when woven out in her mother's singsong words, but didn't cling quite properly to her after the story was done. And so she had always begged for it to be recounted again and again, hoping to recapture something of the enchantment that trilled through her mother’s voice.

Coralie Marguerite Ravensdale Delacroix was born two months too early. Her father, Jean-Luc, was away on a fishing boat with one of his river men, unusual for Jean, as he preferred the steady strength of the land. But as soon as the paddle of the canoe had grazed the water of the straits, his wife, Cora, had felt the stirring in her belly. She had called for Waseya, the half French-Menominee woman who had been her nurse and teacher when she was a child. The pains came too suddenly, too violently, all the joy of birth hushed in the rushed moments. The babe slipped out quickly, too quickly, an eerie silence greeting what should have been a chaotic and noisy birth. She did not breathe, did not stir, her pine-green eyes frozen in death that had never seen life.
Waseya had chanted and beat her chest, she had cursed the manitou and wailed that he had cheated his daughter, Coralie's mother Cora, out of one babe already, and that he could not keep the spirit of this new one for himself. She had kicked the doctor out, then she had built up the fire, and cut into her own flesh. This was not tribal magic nor any kind of native tradition. It was a much older enchantment, as old as the earth and older than the sky. Finally, she stuck an arrowhead into the fire and marked her wrinkled cheek with it. She had then marked Cora faintly behind the ear, and the baby's arm with the searing flint. All three women connected by fire and blood and flesh. The manitou spirit had been pleased by the offering, for all of the women contained the power of the island within them, and they had offered a fitting sacrifice.

Coralie had lived, but was marked forever. Not only by the arrow burned into her arm, but her sandy blonde curls had turned black. And as she grew older, one of her eyes had frozen into a cold, empty blue, while the other was as green as the Mackinac pine. As green as her father's.
And though her name might have been Coralie for her mother, and Marguerite after her grandmother, after that night the manitou knew her only as Raven.