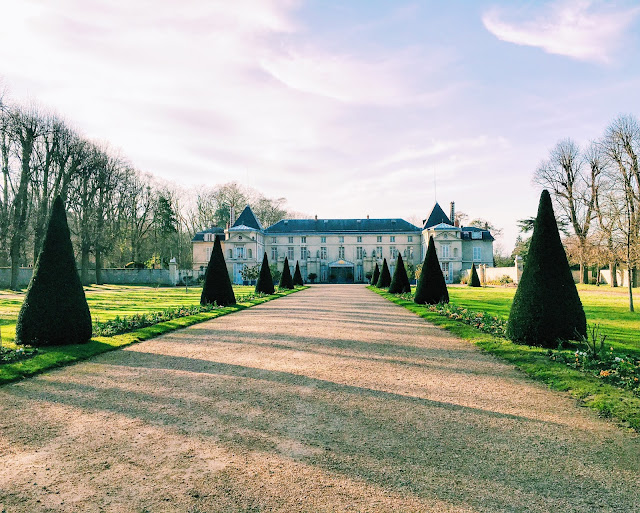 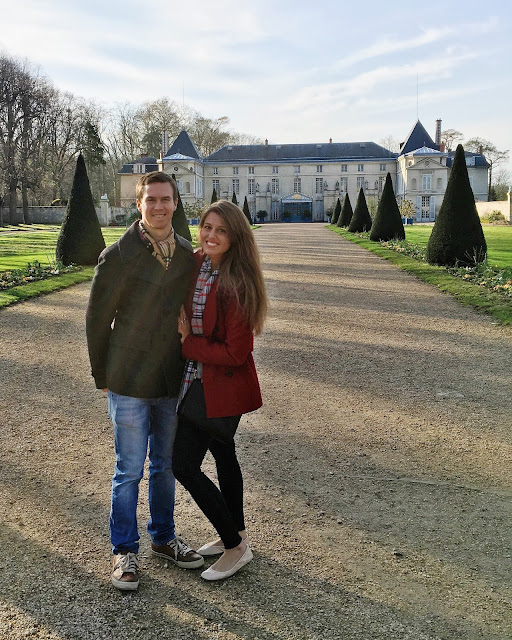 Now, I may be silly or ignorant. Or, heck, probably both, but I can't help but think of the latin root, MAL, whenever I think of Malmaison. Mal, meaning bad, essentially. As in, malnourished, malevolent, malicious, malcontent. It has negative connotations, surely. Does it mean, bad house? Bad mansion? I'm sure I could easily google it, but I kind of like that I have to wonder about it, instead of knowing.

In any case, as a complete Napoleon-o-phile, Mr. Nolandia was dying to make the trip out to Josephine's Malmaison just outside Paris. While it was no Chantilly in either grandeur or magnificence, there was something poignant and stirring about Malmaison.

Perhaps it is because although Napoleon and Josephine seem larger than life in many ways, they are also very human. Their rise and run of luck and power and fame could happen to anyone. Or rather, the opportunity is there. It's a very American kind of dream, I think. Because the Bonaparte family was not born as royalty, they were not handed down power from generations that wielded it before them. Instead, both Napoleon and Josephine, through their own posturing and conniving and powerful personality carved out a new niche for themselves in the France they lived in. And though I am not as whole heartedly taken by Josephine as Mr. Nolandia is with Napoleon, she is a woman you can't help but respect. Just look at her beautiful house.

Anyway, the rooms were quiet, and sumptuously appointed, but the cacophony of the past echoes from the walls still. Napoleon's bed, his toilet (FOR REAL), Josephine's chambers both private and public give the humanity back to these historical figures.

In the end, isn't that why we look to the people of the past? To find a little of ourselves within them? To see how they really were, just as human and lost, and sad and joyous and triumphant as we are?

So, Malmaison. Not a bad house, but certainly a naughty kind of one, a retreat from the pressures of Paris and a world on its own. A place where one can picture garden parties and love, and heartbreak and life. Human life. If one can ever really believe Napoleon and his legendary Josephine were truly human.
Labels: malmaison malmaison paris paris day trip