Chicago, the Old Neighbor to the West 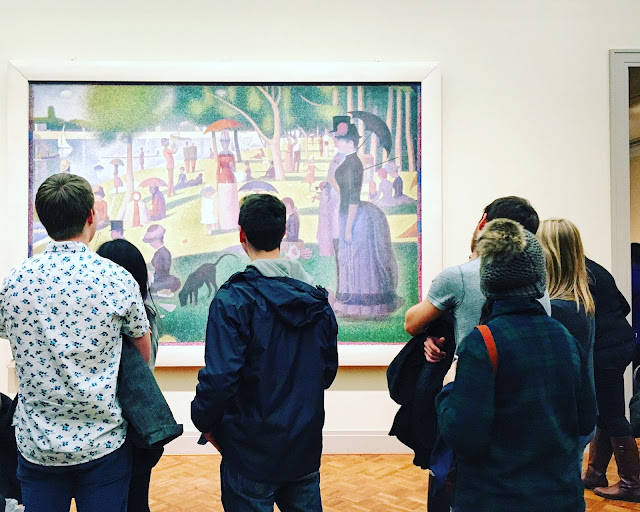 It has always been easy for me to take Chicago for granted. Growing up in Flint, next to Detroit, Chicago was the nearest “big city”, and so it didn’t seem like anything very special or exciting. I accepted it as indeed, large, and containing many worthwhile museums and sights, but then cast my sights farther afield.

It always seemed as if the places most exciting and worthwhile had to be warmer, more distant, somehow…not midwestern. And so, to my own misfortune, I never realized the unique wonders of Chicago until I was an adult.

And I’ve been kicking myself over it ever since.

Having traveled around the world, and experiencing many of the most “desirable” European capitals, I believe I can say with some authority that Chicago easily stacks right there amongst the most incredible places in the world. The architecture is inspiring and lovely, the juxtaposition of the more recently built skyscrapers among the marvels of older ones, the carefully crafted and designed structures sprinkled in between. A city designed not only by technological advancement in building ever skyward, but also constructed by beauty. A flourish in the details here, a hand carved staircase there, art and science existing harmoniously in the architecture everywhere the eye can see.

And although the rooftop bars and luxurious dripping chandeliers and $20 cocktails around town are definitely high class, there is an unmistakable blue collar-ness to the city. A kind of “pulling oneself up by the bootstraps” mentality that is attractive to me as a Midwesterner, but also an important characteristic of the city. Underneath the glorious Institute of Art, and the mesmerizing specimens at the Field Museum, there are real people, regular folks who made this city. There may be pomp and luxury, but there is also sweat, and elbow grease and ingenuity here. The mix of which, not unlike the architecture, is somehow more pleasing than any grandeur or opulence could ever be standing alone.

The food in Chicago too, is something to be celebrated. Could there be anything more magical than a city known not only for making Pizza more fattening, but also for glorifying the hot-dog? Is there anything more American in existence? The fact that a James Beard award winning chef’s restaurant can sit next to a hotdog cart and the two of them get about the same amount of enthusiastic business is a testament to the food culture of the city.

And the museums. Although mentioned before, it is necessary to return back to them. I have been to the Louvre. I have toured castles and been to the Hermitage and the Rijksmuseum and to the Rubenshuis.  I have spent a long afternoon in the Musee d’Orsay, explored the wonders of the Mauritshuis in the Hague, and have been a proud member of the Henry Ford Museum.  But, I can truly say the most wonderful museum I have ever had the pleasure to marvel at is the Art Institute of Chicago.  Period furniture and sculpture, modern and Renaissance art, resting near jewelry and mosaics from antiquity. Dutch masters mingle with Italian madonnas and scenes from the Spanish countryside. The museum itself is like these works of art, a masterpiece of beauty, sitting near Lake Michigan, beckoning tourists and locals alike.

Yes, it was easy to look over Chicago. When I was younger, Rome beckoned seductively and Budapest called my name. Even the warmth of California and the charms of Disney World seemed more exciting than the neighboring city to the west. But Chicago should not be overlooked, rather, it should be looked over. Again and again.