How about those Naples? 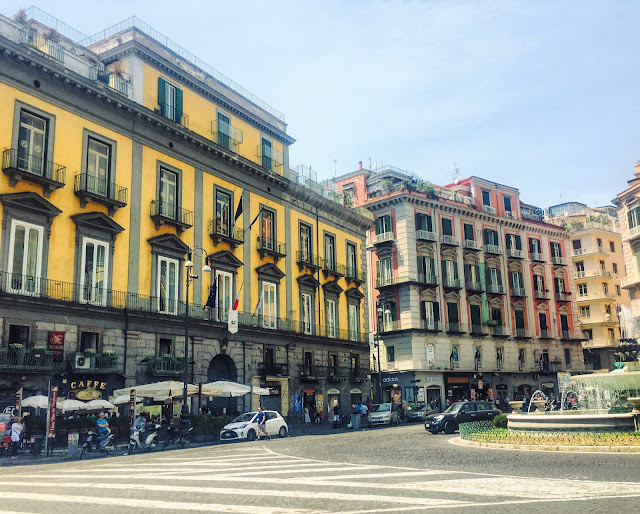 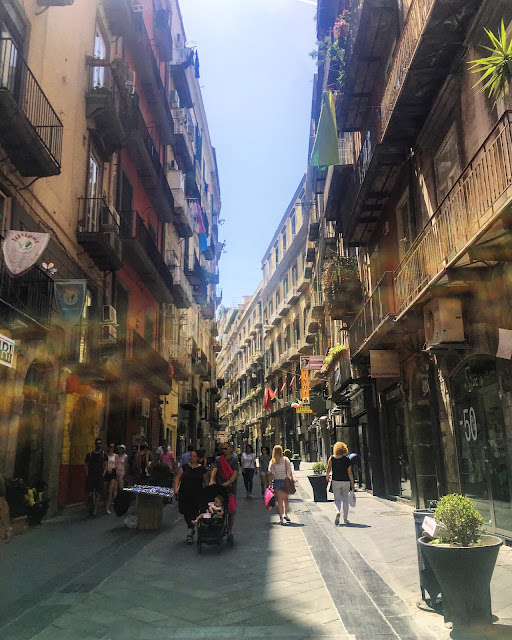 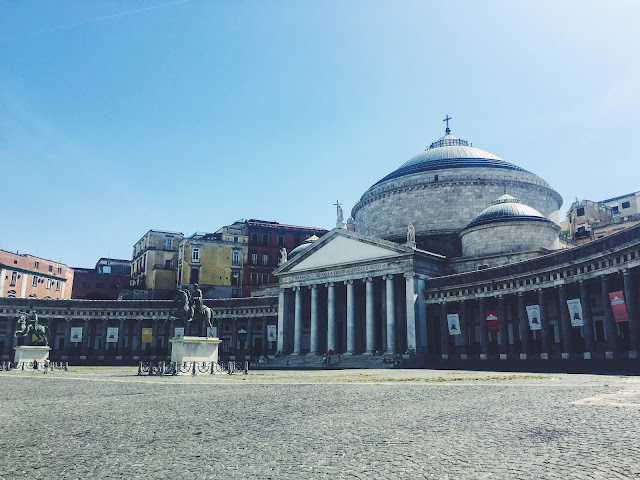 Naples is a strange creature of a city. I've written before about the city, but it really can't be captured. There's a vitality, a rawness...a feeling of....? I'm not certain. There's something special in the loud voices, the dirt, the grit and grime and pizza. The saint-like depictions of Diego Maradona and a woman handing out coupons for gelato from the steps of the Basilica. It's as if a rag-tag juxtaposition of elements come together that shouldnt, but somehow, they fit anyway. Like a bunch of pieces from different puzzles are forced together into some kind of glorious modern art.

There's something endearing about the strange man that used my husband to metro-hop and the couple at the table next to us who each ate two pizzas, and the little boys playing soccer in the middle of traffic as if the street wasn't full of cars honking and people screaming. It's a wonderful madness and it is easy to understand how the people that live here think a little less of you if you don't have the privilege of a Naples address yourself.

Some favorites:
Pizzeria Brandi --Where Margherita was invented
Pizzeria Sorbillo - the best pizza on earth. Confirmed. Signed, sealed.
Some skulls

That's all for today. Pizza and chaos for you, you're welcome.