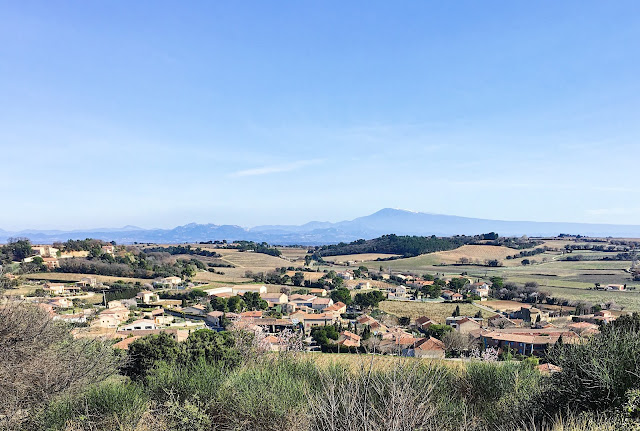 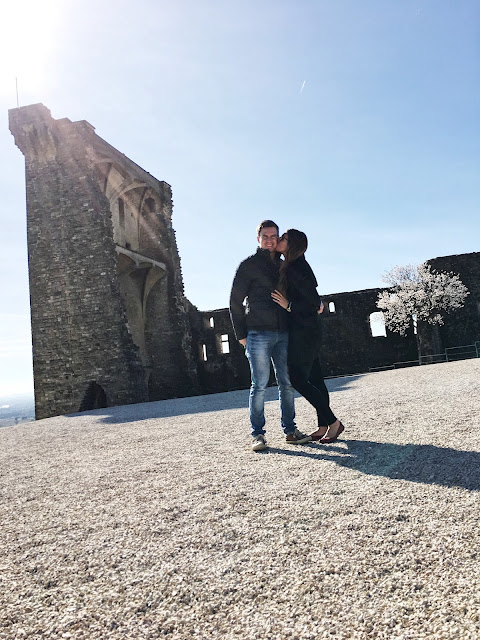 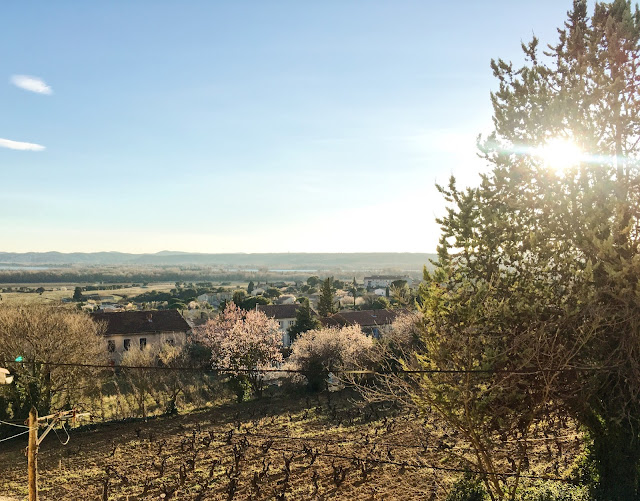 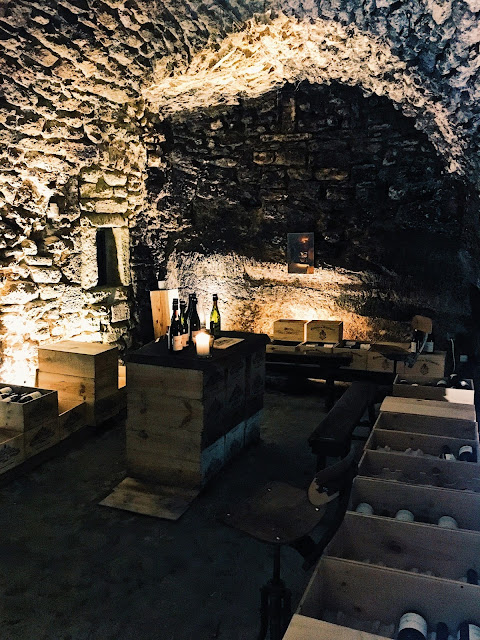 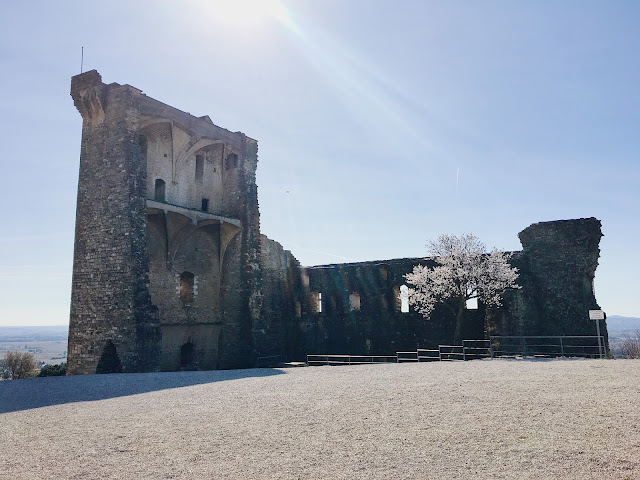 Châteauneuf du Pape. I don't speak French, but I think that roughly translates to New Castle of the Pope. Which, if so, that name has now lost its meaning, as the castle is, in fact, very old, and, no popes inhabit it.

If I was in charge of renaming it, I would call it, Wine Place to Drink the Wine. Which is much apter than the former. At any rate, the ruins of the Chateau still exist in the village and can be reached by consistently walking up until your legs bleed. Up, up, up, everything in France was walking up, and strangely I don't believe we ever walked down, but instead just a perpetual burn in my hamstrings and calves.

We took a day trip over to Châteauneuf du Pape from Avignon, just a quick 20 minute or so drive. The city was largely vacant, most of the restaurants still closed, as the tourists wouldn't arrive for at least a week or two more. Which was pleasant for the two of us, as it made exploring and window-shopping more intimate, but it also meant that most restaurants were not open, and we were hungry. We did eventually find a place that was delicious, but I've already forgotten the name and I haven't the patience to dig it up from a search online.

The main event of the village, though, is the wine. We have done wine tastings in California, Michigan, Spain, Texas, Italy (North and South), France (near Paris), and Hungary, but the wine we tasted in a little cave in Châteauneuf du Pape was most definitely the most delicious. We didn't go to one of the area wineries or sample a specific label, we instead went to a cave with a sommelier named Guy, who had chosen wines for us. He taught us how to taste them properly, what to look for, and allowed us a peek at his cooking class kitchen, the views from outside his terrace out onto the vineyards, and shared his thoughts about America, Texas and rodeos. I can say without any hesitation that it was the best tasting we'd ever done. It was obvious he knew far more than we did about wine in general, and his terroir in particular, and he wasn't afraid to let us know it. Which I admired. He knew the wine he was sampling to us was phenomenal, and he challenged us to identify the tastes, scents, and notes of each one.

I can't recommend him or his wine cave enough. We spent a heaping pile of money ordering wine to be shipped home (the tasting itself was gratis), and I don't think we'd ever been happier to do so.