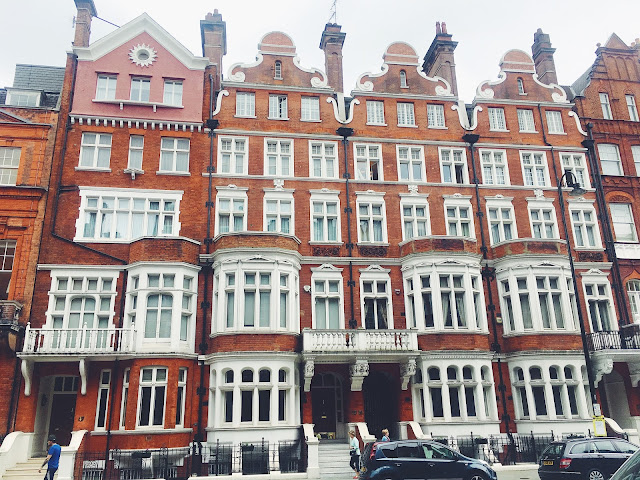 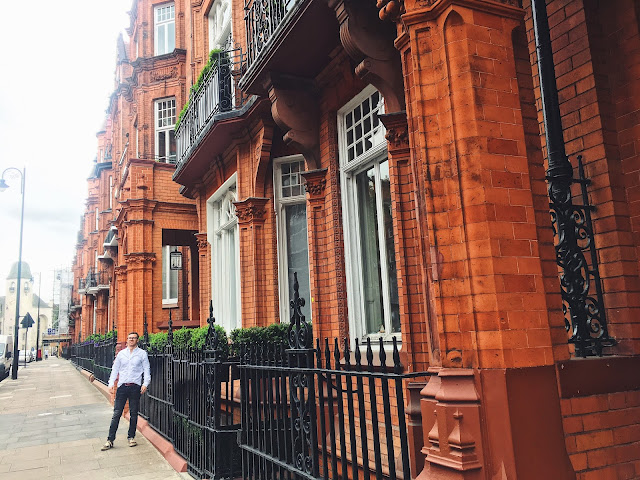 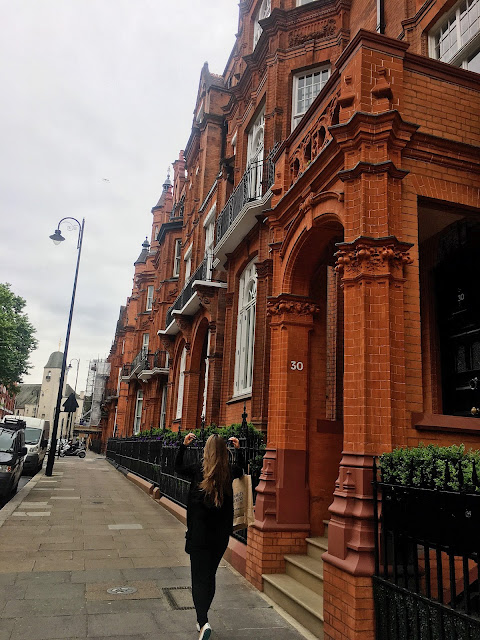 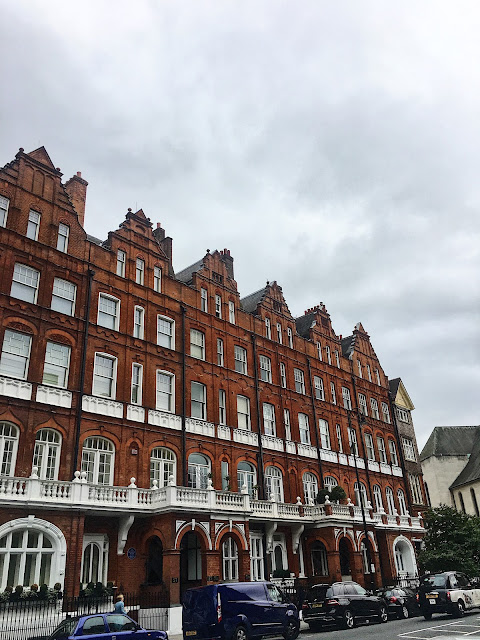 Chelsea: very posh. That's what I was told, and I can believe it. The houses have an almost canal house look about them, and all of them the same copper orange brick, with a few startlingly white ones stuck in here and there for flavor. The effect is one of staid solidarity, of strength and money and a distinct feeling of we do not belong here. There were surprisingly few people out and about when we walked the streets around Chelsea. Most of the people we saw were ensconced in expensive cars, a Rolls Royce here, a Lamborghini there, and if you didn't at least have a Porsche or a Mercedes, then clearly, get the eff out.

A friend of mine who lives in London admitted to its obvious beauty, but hinted at the lack of variety in a place like that. A place where the same people go to the same pub and the same restaurants and the same parks with the same people every week. A colorless, bland, existence in what is an extraordinarily rich and diverse city like London. Hard to contemplate how one could get so caught up in stagnation in a place that moves so rapidly and is so full of color.

It was beautiful, definitely. But it was a reminder to us too that the same thing easily happens in our own hometown. The sticking to what's familiar, the old favorites, the tried and true, instead of reaching out, branching out of our own local bubble and embracing something...outside.