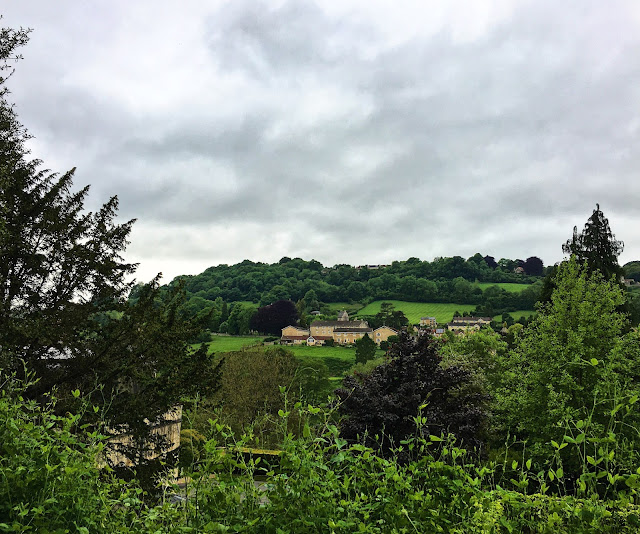 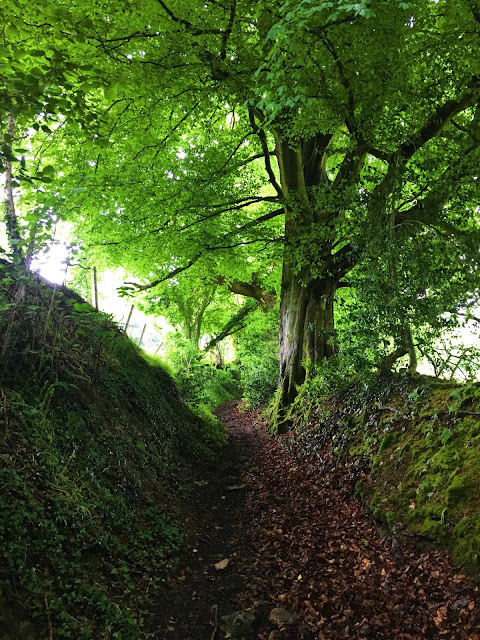 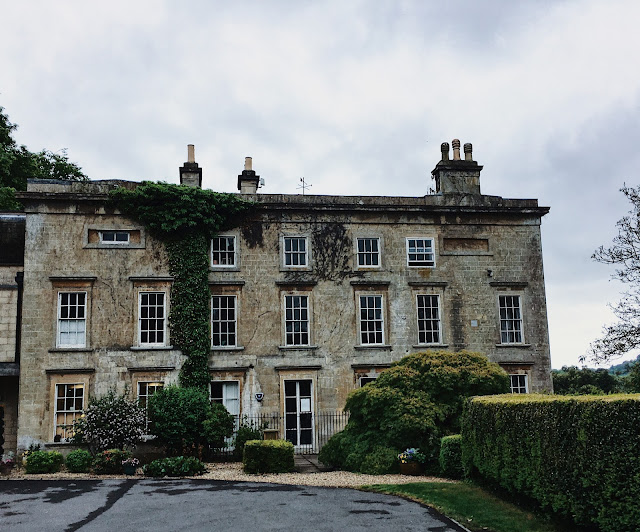 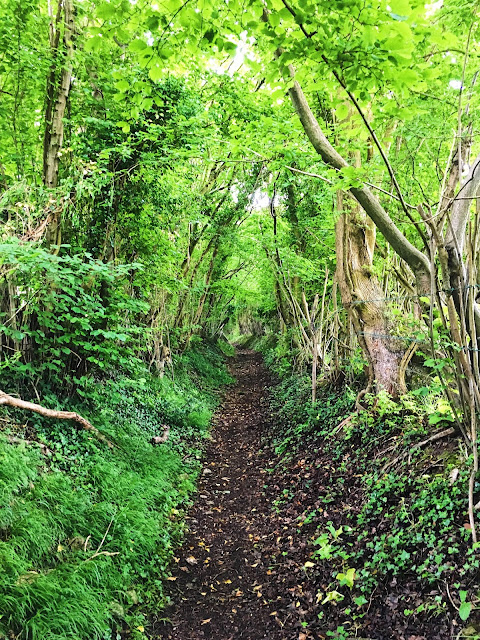 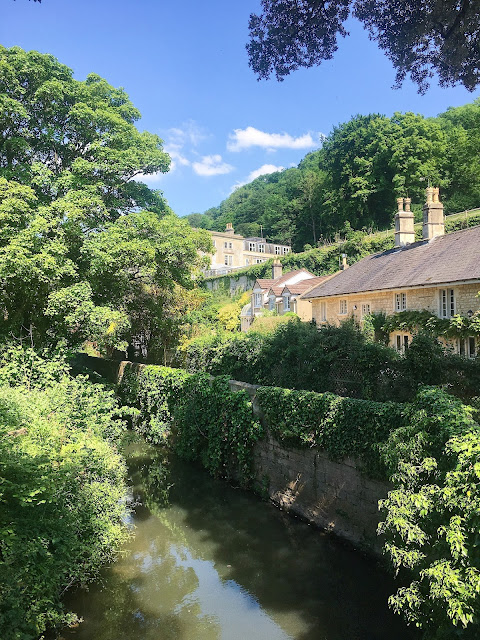 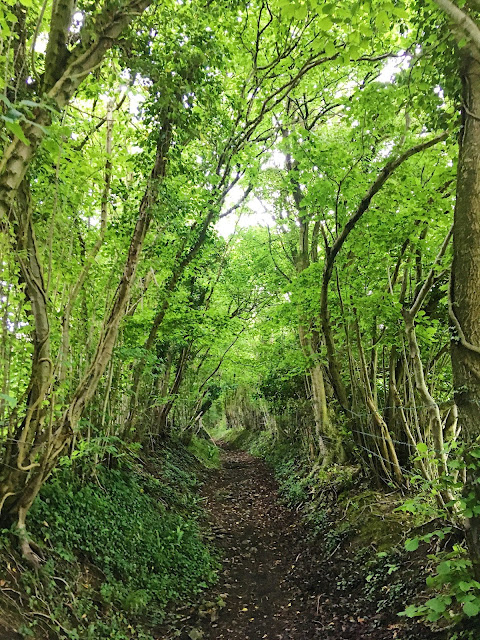 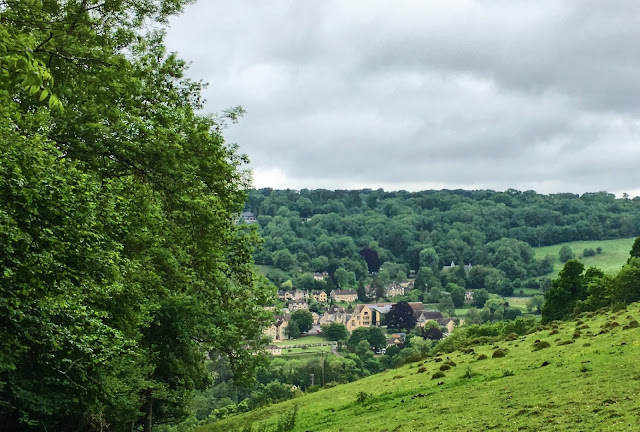 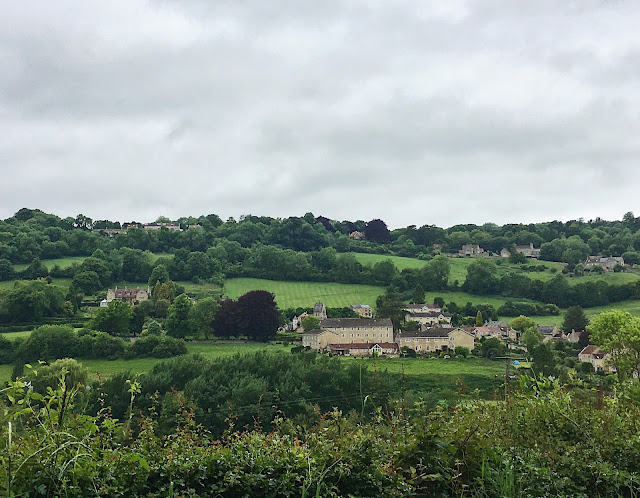 Have you ever had it happen that something you imagined in your mind, something you saw with your heart and created within yourself...that this thing came true? A dream, or a setting of a place that you read about, and pieced together and wished, wished, wished to someday explore yourself, even though you knew it was not real, was made up,  a place from a time long ago, a place that never was, a place that was no more, or had never been.

This was the English countryside of Jane Austen, of Charlotte and Emily Brontë, of Henry Fielding and traversed by David Copperfield and Nicholas Nickleby of Charles Dickens. I had pictured these lanes and meadows and trails, these scenes of pastoral perfection and sunshine and green, green, green. I had heard the birdsong and basked in the quiet of wind through grass and a brook chattering softly as I stepped over a footbridge with my favorite characters.

And then, it wasn't make believe anymore. We arrived in Bath, and then took a bus to Monkton Combe, and from there walked down a lane, across a busy road with small cars zipping by much too rapidly, then through Monkton Combe--which is only large enough to accommodate a few houses, a school, a church, a pub, a graveyard and an old mill. Then we took a footbridge, to a bridle path, over a bridge, to another footpath, to another lane, and over to the manor house outside the small village of Monkton Combe.

The village itself was remote, the bus into Bath proper came every hour. Well,  give or take an hour or so, depending on the day and the traffic and who was driving and if there were other passengers. It was close enough, technically, to walk to, but all the locals laughed when we suggested it. "I did it once" they'd say, "...a fine day that was! I'd never do it again. It's a taxi for me if I'm to go to Bath, and that's for certain." And then they'd explain which paths were better for walking and which trails to take for pretty views or to glimpse Farmer Brett's horses or another field of sheep or cows. "But don't get too close" they'd warn, "saw a cow scare and trample over Tom's dog, I did. Scare easily, cows do. Stupid creatures, really."

It was a place that was filled with so much natural beauty. And just down the path and over the bridge and past the mill was the pub, filled with these same aforementioned locals. They'd tell tales about the war. "The Great War, mind you, not the second one." And about the local hero, Harry Patch, the last soldier to die from that war, buried in the cemetery behind the church, "though the church itself is nothing to look at you understand, Victorian's tore down the old one and replaced it. The Victorians ruined all sorts, you understand." They'd stand us a pint or two and gab about politics and if I had English ancestors and we'd speak of Shakespeare and Dickens and how the Jane Austen museum in Bath was "utter rubbish, that is."

I felt as though I'd stepped into a dream. I'd been more glamorous places, of course. To the Riviera and the Amalfi Coast and the jungles of Costa Rica and an Eiffel Tower view room in Paris. But this was like a fairytale turned real, or stepping into one of my favorite novels. It was Narnia and Hogwarts and Pemberley and Wuthering Heights all rolled into one. But, like all dreams, it came to an end. We had to leave the sunshine and green and birdsong and hop into a gritty train up to the north of England.

But, it was real. I had touched it, smelled it, heard it, lived it. That's a kind of magic, right?