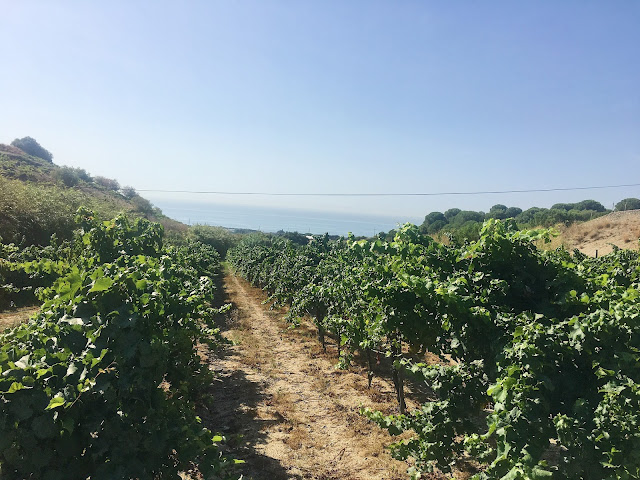 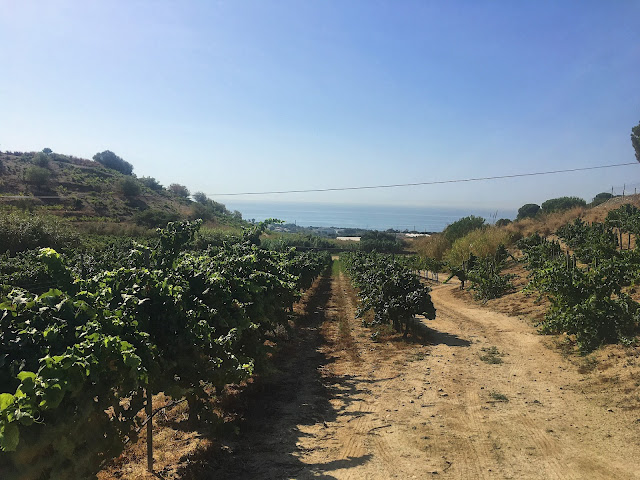 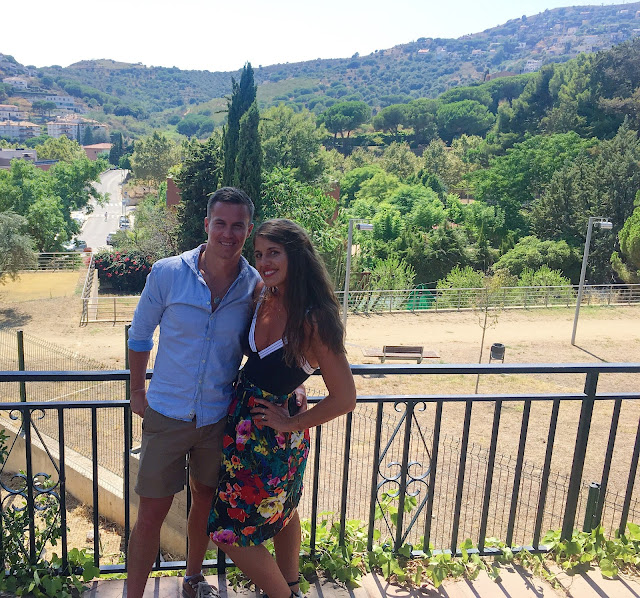 First, a disclaimer: Sorry there aren't more pictures of wine and food, but we were truly enjoying ourselves too much to remember to take photos.

On the last day of our trip in Spain, we headed out to the wine region of Alella for a very expensive and lovely tour. An experience that included a winery tasting and tour, vermouth tasting and snacks, trip to a typical locals-only bodega, and a3-course tasting menu at a farm to table restaurant. It was...actual heaven.

We aren't normally very keen on tours, but wine tours are something we make exceptions for. And this one was lovely. The tour guide was a former New Yorker, about our age, who had moved to Spain 11 years ago. He was knowledgeable and funny, and since there was only the two of us and three other people besides him, it seemed more like an outing with friends than a typical guide-led tour.

The winery was Alta Alella, and it is relatively young, only producing wines for the past 15 years or so. The vineyard extends to the sea, and it isn't just good marketing to say that you can taste the sea in their cavas and wines. Nothing as robust as Italian or French red wine, but theirs was smooth and easily drinkable and tasted like summer. The cava was nothing shy of magic and we were happy to purchase two bottles of it at the bodega later.

After that was the vermouth, which was an aperitif we had never had the pleasure of before. The little bar that served it was comprised of series of wine barrels set on end as tables, and stools around them. The vermouth was served in a tall glass with ice and lemon peels and a little seltzer on top. Something like uncarbonated coca-cola and port wine and syrup, but that isn't exactly the right description for the taste. It was delicious. It was served with sardines and bites of cheese, olives and chips with a vinegary hot sauce on top. The whole experience had a very timeless feel to it, and the conversation was easy amongst us sipping and noshing.

After we purchased our wine from the bodega next door, something drinking straight from the porron, and subsequently spilling it all over our shirts and chins, we headed to eat. The restaurant is owned by a chef who originally worked in Barcelona, but came to Alella in order to slow down his cooking even more than Spanish standards. We talked about Catalan history, the clamorings for independence, the people, culture and food. We discussed living in Spain and our jobs and our travels. Above everything, the tour had become...friendly. Real conversations and discussions amongst good wine and amazing food.

I cannot recommend the tour highly enough. It was the perfect farewell to Spain and encapsulated everything about the people, life, and culture there that we love so much.