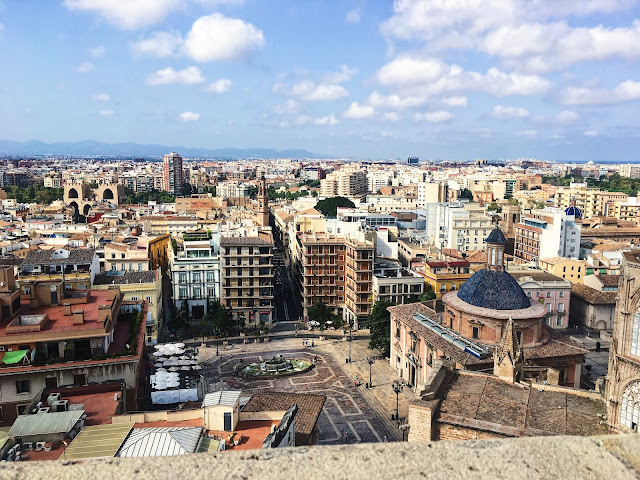 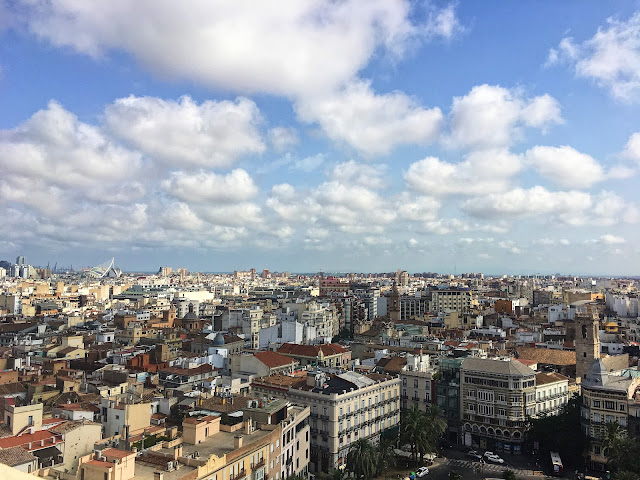 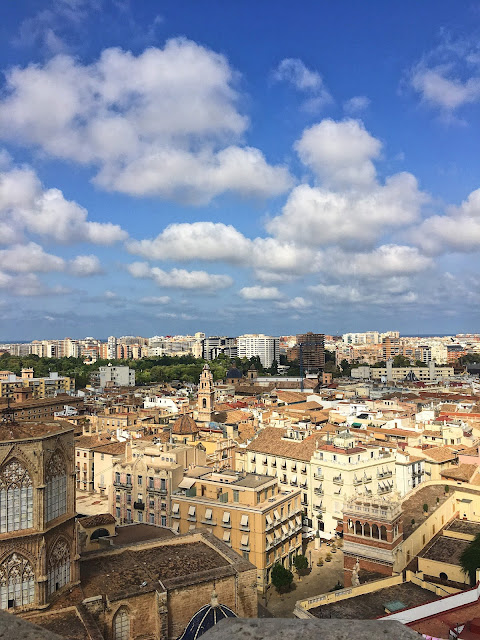 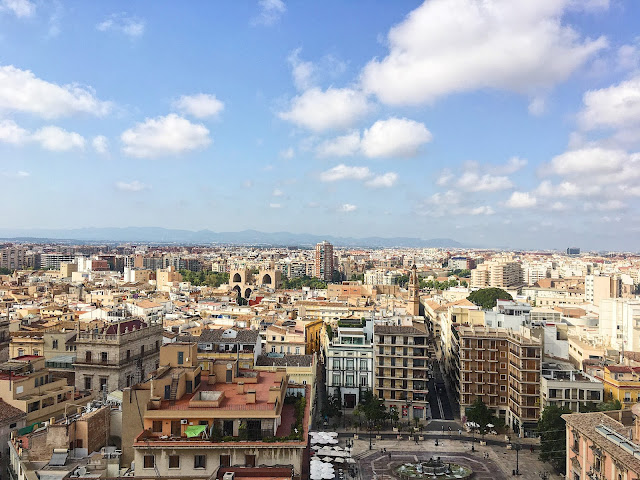 One day during our trip to Valencia, my husband got it into his head to climb to the top of the Micalet. The Micalet is a cathedral in the center of Valencia's old town with a Gothic style octagonal bell tower with a winding spiral staircase with an ungodly number of stairs.

Terrence is forever wanting to climb to the top of things. Especially things with lots of stairs, that are very old and mostly dangerous. Usually, he prefers to do this when it is extremely cold and the stone that surrounds you becomes a medieval meat locker, or when it is horribly hot, and the stone surrounding you acts as a primitive but effective oven.

I really don't mind climbing up things, honestly, as I am a prodigious walker and have been well known for my feats of bipedal prowess. But...I do like to complain. Loudly and without end. So, in the end, after walking 7 miles around the city, he decided that he wanted very much to see said city from on high, and nothing but a climb up a tall building would do.

So we did. And I complained. A lot.

When you have already walked so much in the inferno that is Valencia, and then must tread a spiral staircase with 14 other people in front and behind you, hands slick on the dirty handrail, walking cautiously up, as others pass by you heading carefully down, you become agitated. It's a little...frightening. It smells...not very good. Human body odors of people coming from the beach, people who don't shower as often as they ought, people who sweat more than normal. My hair was plastered to the back of my neck and I could feel my makeup begin to melt. The older woman ahead of me stumbled once, twice, threatening to knock me back down the stairs with nothing but a broken neck as thanks for breaking her fall.

But then, we emerged at the top. Gratefully gulping in air that mercifully smelled fresh instead of other people's sweat. We gazed around and took in the city, snapping pictures around the octagonal tower. The sky was a breathless blue and if you looked carefully you could see mountains off in the distance beyond the Plaza del Virgen. We looked down on the horchata street vendors and tourists strolling to and from souvenir shops. We looked out on people in cafés and at the collection of buildings below, some old some new, but all jumbled together in this coastal city.

Going down was just as terrifying as going up, worrying every moment that you might slip and fall all the way to the winding bottom, hoping a tourist would be there to break your fall. We made it, some minutes later, whole and necks unbroken. And then we headed off into the evening to find our own souvenir shop treasures, our own cafés to sip cava in, and perhaps providing a little something in the view below for the people who would look down on us from the top of the Micalet.