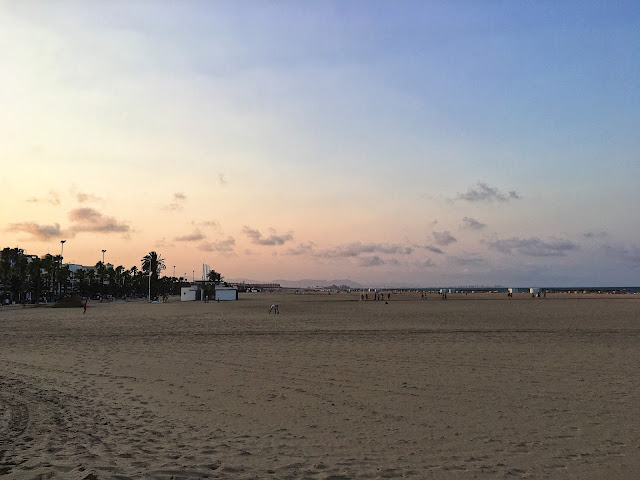 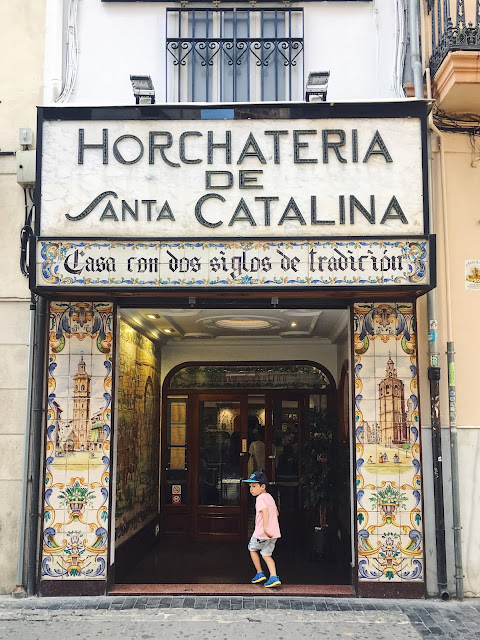 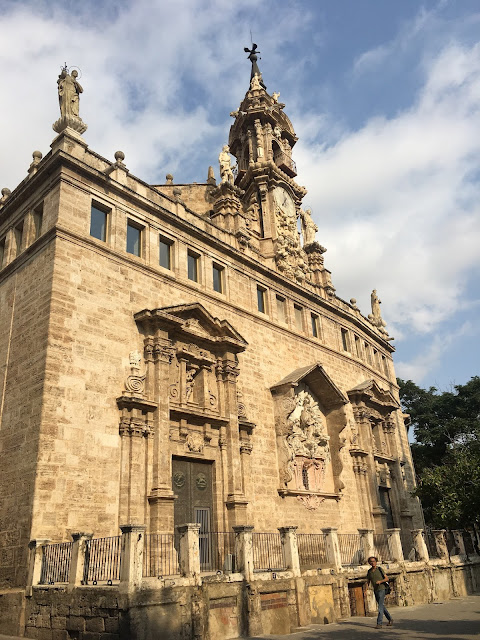 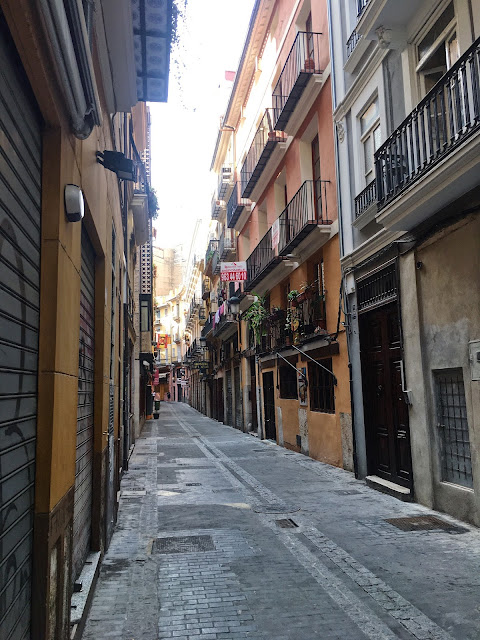 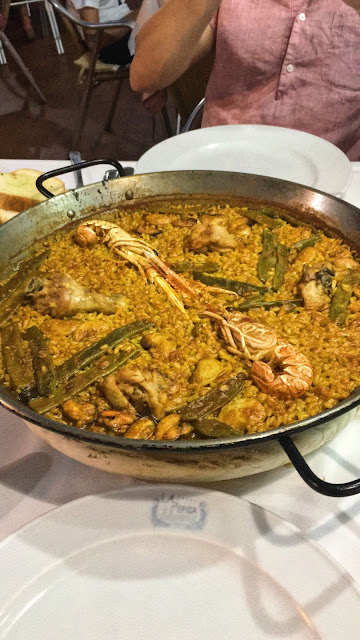 Our trip to Spain commenced in Valencia, and, for us, it really was the land of Paella, Horchata, Beaches and Wine. We ate and drank and laid under the baking Valencian sun. We shopped in the markets and rode bikes down the streets and walked, walked, walked. Walked until our feet fell off some days, and then woke up the next day and walked some more. The heat was blinding, humid and mostly miserable. We both looked a terrible fright for the duration of our stay in the coastal city, but we were usually too hot to care much. But, the food was incredible. And the nights were a little cooler, especially after a fresh shower and a change of clothes and a couple cool glasses of cava. We made friends in tasquitos and ate pintxos and wandered around under fairy lights and listened to street performers sing sad Spanish songs and play the violin until after midnight. It was...lovely.

But, we did have some favorites.
For Paella:
La Pepica- for excellent Paella next to the sea, perfect for a romantic dinner. Though, my friend Eva in Spain would say that was a shame because paella is only for lunch!
Casa Carmela- So, if you want to eat paella at lunch time when it is SUPPOSED to be eaten, have it here. Not only is the paella served only in the middle of the day (the restaurant is closed for dinner) but it is less touristy, and the paella is loads better. Not that Pepica is bad... it's wonderful. But Carmela is....unbelievable.

For Horchata:
The best horchata can be found in the mercado, at a horchateria or the BEST is found on street corners sold by vendors. Mon Orxata is the greatest of all.

Ok, more posts from Spain on the way.
xx