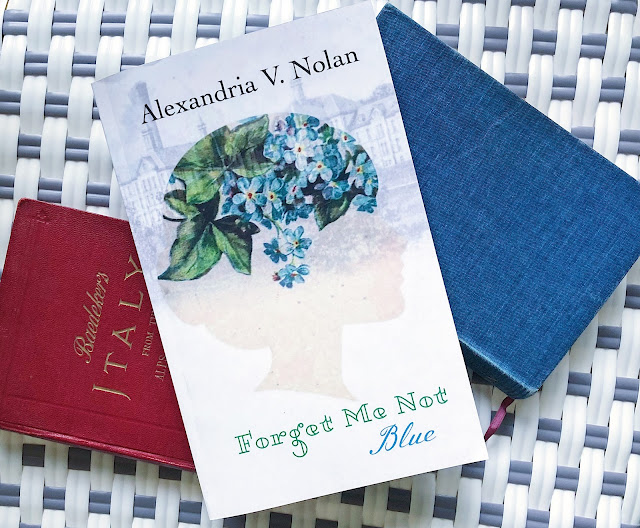 I had thought at one time that after I'd written 5 books or so, that it would get easier to release new ones. That I'd feel like a "real writer" and have a sense of foundation and confidence. Unfortunately, this is not the case. Novels are personal, and every one I write feels like one further spot of vulnerability that I've opened up to the world. Maybe that's too dramatic a sentiment...or maybe it's spot on. All I know is that there is a lot within this work specifically that is upsetting. It's troubling because it's based on real relationship dynamics, and pain and spooky, terrifying truths.

It's always fun to set a story in an asylum, especially a real one where you've walked the rooms and strolled the corridors and tip-toed down the crumbling steps. A real place where actual disturbed people came and found release, and freedom from the judgments of the world, but where others felt trapped, forgotten, caged. It is a scary thing, an asylum. A horrific thing to contemplate for us that are sane, or for us that have ever felt as though we were running a little toward madness. Could we belong in such a place? Where is the line between insanity and 'normal'? Is it partially perception, and if so, whose?

The story in Forget Me Not Blue is of parallel lives, two women living across the years, in the belly of the asylum. For one it is a refuge from the world she had lived in before, for the other it is a prison. As their stories unfold, love and revenge, lies and new opportunities come to the surface, but it is up to these two women to grasp onto these new hopes. Can they? Or are they bound by an asylum within themselves?

Check out the story, it will linger in your mind after you set it down for the night and long after you finish. $2.99 on Kindle or $11 for the lovely paperback (which has bonus materials and looks fab on your bookshelf.)

Buy Forget Me Not Blue on Amazon