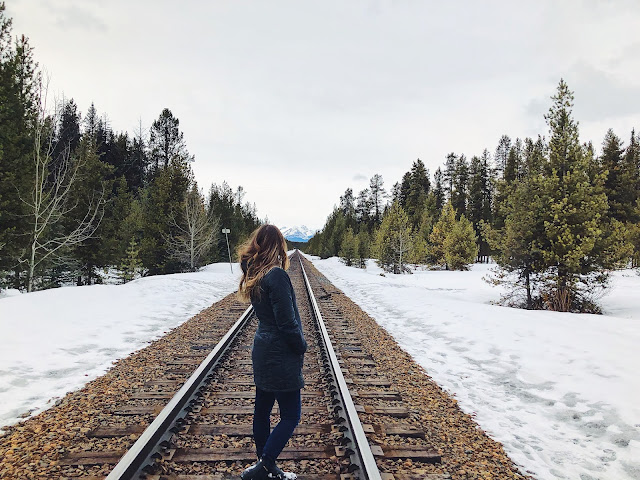 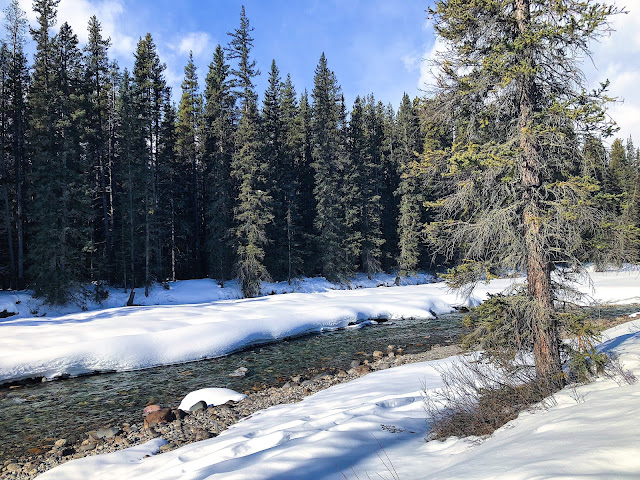 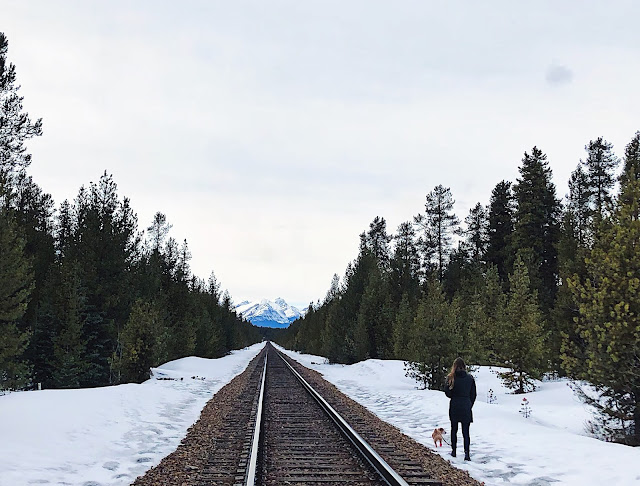 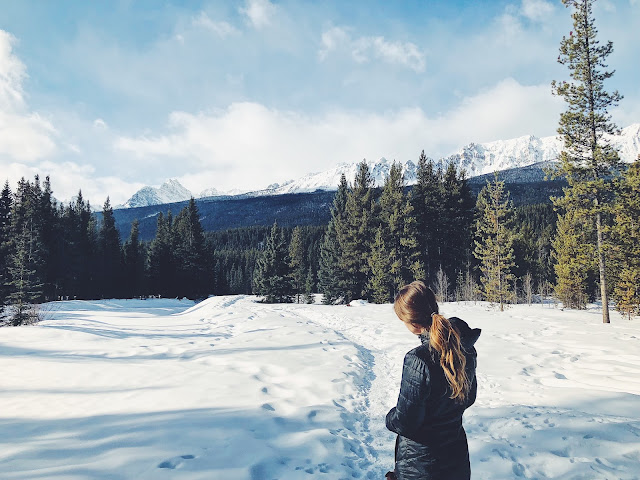 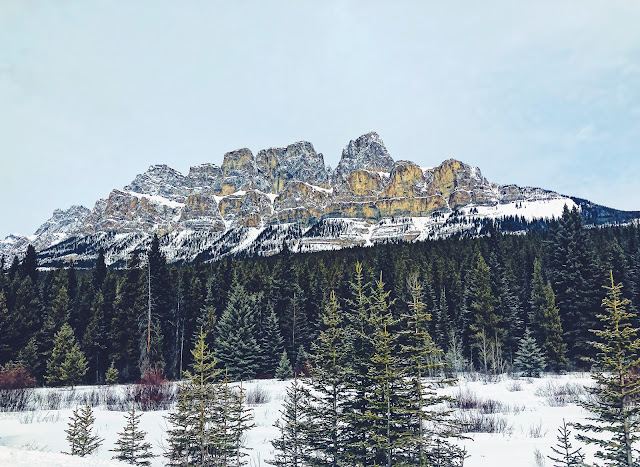 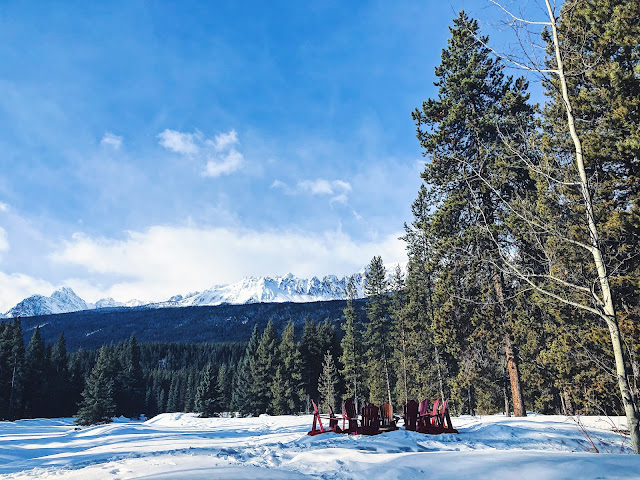 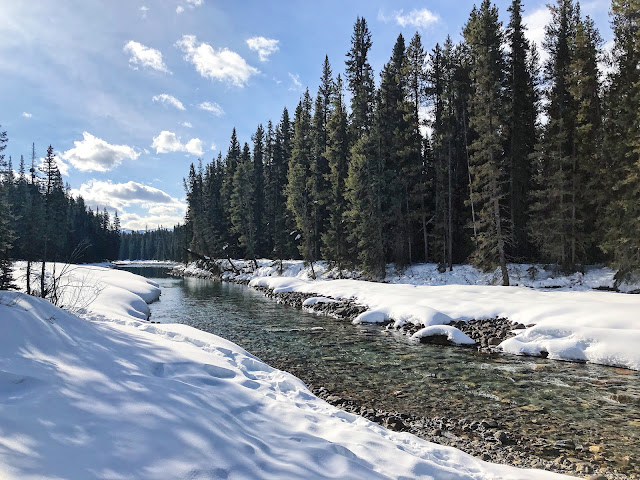 Being a Michigander, snow is nothing new to me. It holds no real fascination or wonder. It simply...is. For almost nine long years I lived without it (excepting jaunts back home to visit family or holiday trips to Copenhagen, Paris, Amsterdam, etc.). But still, moving to a place that has snow and cold holds no real special meaning for me outside of the fact that I personally feel that a proper city has seasons, (4 to be exact) and that they occur in an order that somewhat follows a calendar that I am accustomed to.

That said, Alberta is much, much colder than we bargained for. It is harsh and almost cruel in its relentless snowfalls and teeth-chatteringly cold days.We decided we really needed a break, an escape to a different clime. What better way to flee these temperatures and winter blues than to...travel farther north into the mountains and be even colder?

We had driven up to the mountains for a day trip a few weekends before but had decided that to fully experience our new climate and new home, we needed to stay an overnight or two in the great Canadian Wilderness. Apparently, this had to be done in the middle of absolute nowhere within Banff National Park, where there was no cell phone reception at all, and the Wifi was charmingly described as "spotty on good days".

But once the idea had taken hold in our heads, we eagerly awaited the trip, and when the day arrived we excitedly drove the hour and a half up to Banff National Park, and then further up to the Bow Valley and Lake Louise. We found our log cabin resort, complete with chalets and Adirondack chairs, wood fires and questionable hiking trails. We brought our small dog, who happens to love snow but only for five or so minutes before he wants to be carried,  and we also brought unsatisfactory boots, no knitted hats and I'd forgotten my gloves. We were off to a good start.

But still, it was beautiful. I've said before that mountains aren't as moving to me as say, fresh lake water or a deep green forest in sunlight, but they get the job done when it comes to inspiring awe. The Canadian Rockies surrounded us, and a little train tripped by every few hours on the tracks toward the back of the property near an unbelievably clear river where one could glimpse each rock perfectly on the bottom.

It was cold though, as I said. Bitterly so. And the walking paths and hiking trails were basically just slick ice disguised as paths and the spaces next to said path was that special kind of quicksand snow wherein one step brings you all the way to your thighs in wet snow. We took care to wander about two or three times each day for about twenty minutes each time, but after that our noses were running so completely and our feet were slipping so mercilessly that we would escape back inside to our warm fire and blankets.

But any escape can be a worthy one, and while this wasn't the sunny coconut saturated escape we both needed from the frozen north, it was still coldly lovely and as romantic as two people and one dog huddled in a blanket next to a fireplace with a train chugging by outside can possibly be.