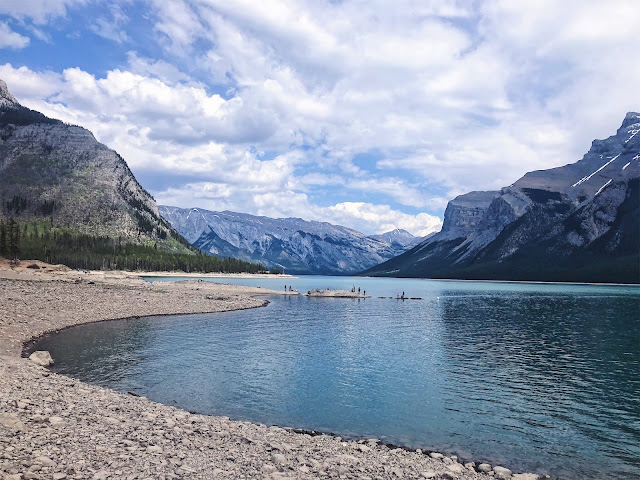 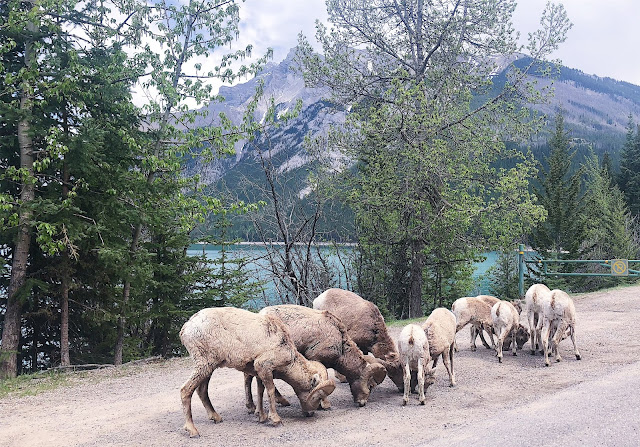 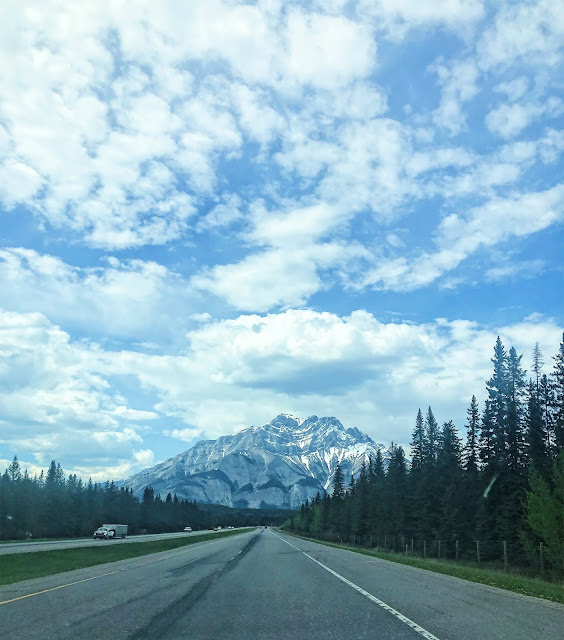 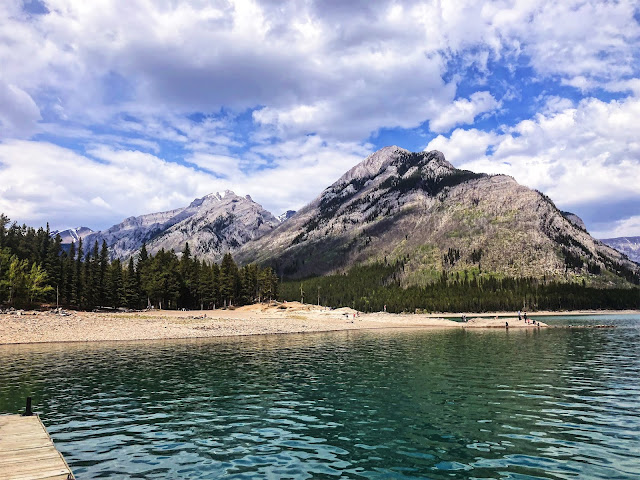 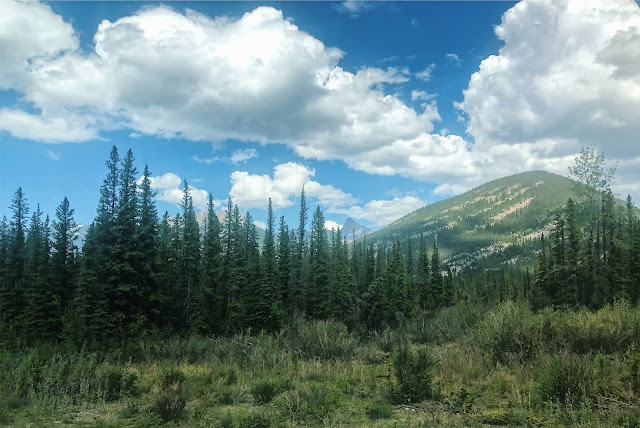 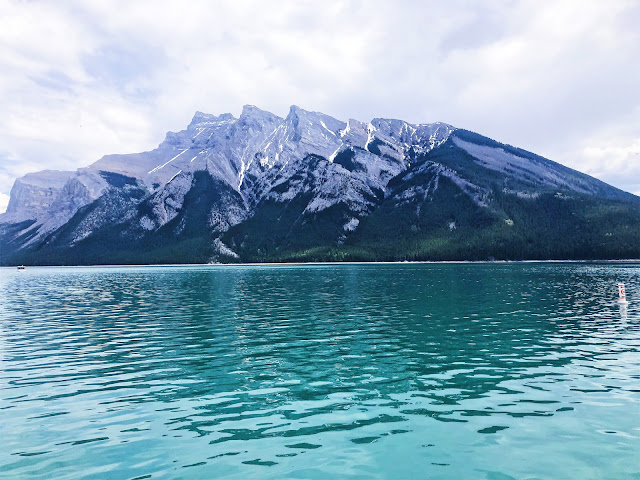 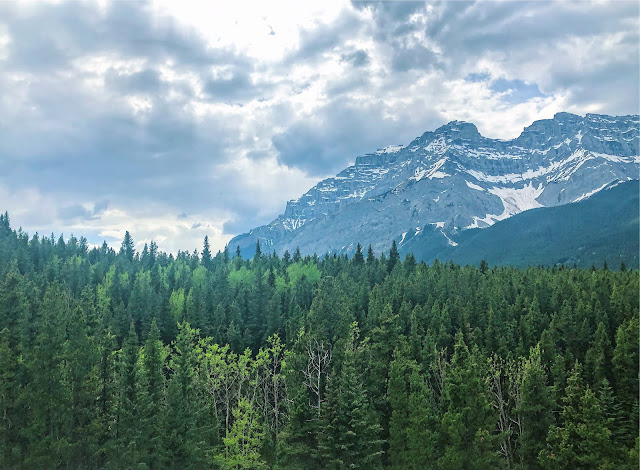 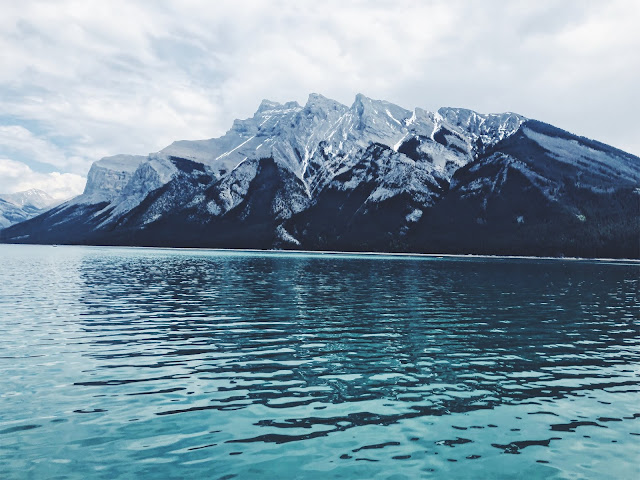 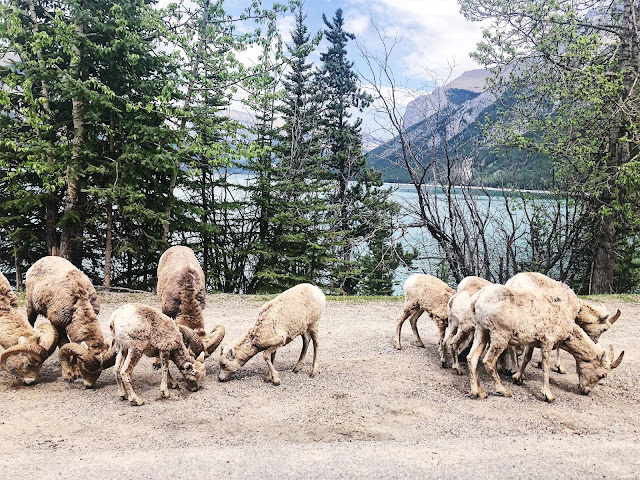 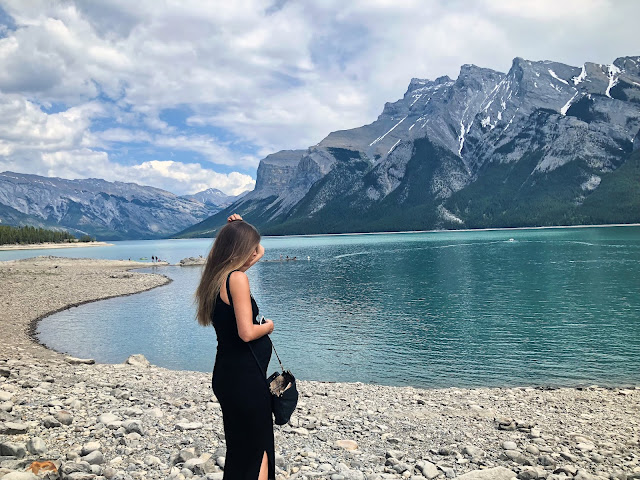 Let me begin by saying that it wasn't my idea.

Perhaps if you see the pictures of the majesty of the mountains and the beauty of the lake, you might be tempted to believe that anyone would want to adventure up to this gorgeous place. But, you'd be wrong. Because at the time of this trip, I was, most emphatically, not anyone. I was 38 weeks pregnant, nauseated, car sick and just about the surliest person on the planet. Like a toddler with a skipped nap, I cried, I made a fuss, I embarrassed myself.

From our current home in Calgary, the gateway to the mountains is not only convenient, it is also the type of day trip that can be made on a whim, as it is just a matter of turning onto the highway and heading up to what is seemingly a different world from the buzzing city life in the rearview.

If the mountains are lovely in the winter, then they are indescribably magnificent in the summer. It is mesmerizing to see the trees dot the mountainsides, each mighty pine appearing to be no more than a blade of grass. It is impossible to fully grasp the scope and scale of these behemoths, and they line up, on either side of the car, a constant succession of impossibility.

But, on this day, I was not feeling it. My husband had suggested a day out in Canmore, north of Calgary, a day of shopping and lunch and then home. But, little did I know he had an ulterior motive. Though, truly, after so many years of marriage, I should have assumed. His real plan was to stop by Canmore, shop for a little, grab a bite to eat, sure, but then...then we would be on to the real destination, Lake Minnewanka.

Lake Minnewanka is within Banff National Park. There are several stunning lakes in the area, Lake Louise, Peyto Lake, Moraine Lake, among others. But, as he drove, he announced our new destination. Just 10 minutes from Canmore, he said (not true). We'll just drive by the lake and look out the window as we pass (again, not true). There are no twisty roads that will upset your stomach, he continued. (Again, false.) I was...displeased.

As we pulled into the parking lot of the park, I stopped, briefly, to vomit, and then carried on, dutifully waddling my very pregnant self to the lake, every step a symbol of my long-suffering martyrdom, punctuated with sighs and harrumphs so that my husband would fully understand my feelings.

However, when we arrived at the edge of the lake and took seats on the Adirondack chairs that lined the dock, it was difficult to maintain my poor attitude. Lake Minnewanka was marvelous and most definitely worth every bit of  nausea and discomfort. It was sparkling and deep, dark blue and every synonym for beautiful in the thesaurus.

We stayed a quarter of an hour, just looking out onto the water, and staring into the mountains that loomed above, protecting the lake. The breeze blew past our faces, but not chilly, just refreshing. We took big gulps of that mountain air and took in the scene around us for all those lingering moments. Finally, he stood, and we walked back to the car, and though the long car trip home was murder on my 9.5-month pregnant body, it was worth it. Adventures always are, in the end... even if they aren't my idea.
SaveSave
Labels: banff banff national park daytrip banff lake minnewanka lake minnewanka daytrip