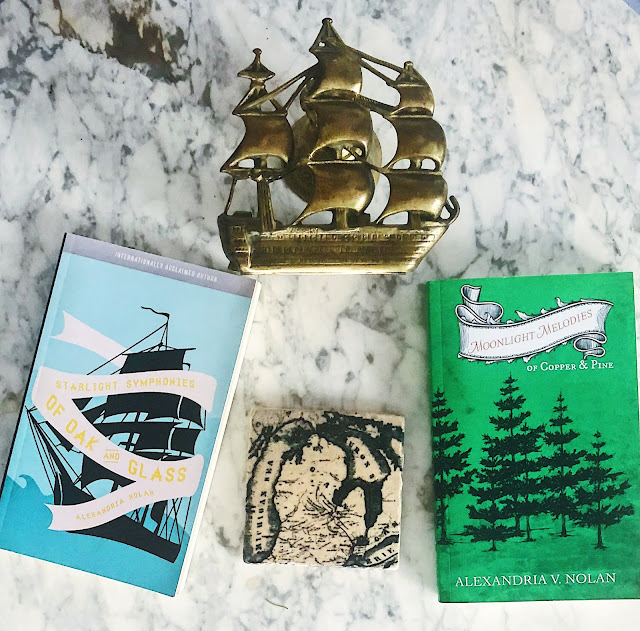 Summer, to me, is Michigan. It's Lake Michigan sunsets and blueberry, cherry and strawberry picking. It's camping and waterfalls and sand in your hair from a day at the lake. It's Mackinac Island and hotdogs and the sound of lawnmowers waking me up in the morning. It's cool summer nights around a bonfire and cool mornings where you have to wear a sweater until the day heats up.

Michigan summers are the best kind of summer. Hot and cool and sunshine and going "up north" with the family. It's dark green forests and jewel blue lakes, so many of them. Over 10,000 lakes in Michigan, actually. You can't go more than ten miles without finding one to jump in and cool off.

But, more than anything, as I mentioned before, summer, to me, is Mackinac Island. Which is why I based my series there. It's a place of so much magic and beauty, just enough mystery, and legend to make it somehow...unknowable. Even as familiar as I am with its paths and shops, scenic hikes and views, there is always something... ancient and hidden there. In Starlight Symphonies (Book 1)and Moonlight Melodies (Book 2), I tried to bring the island's past to life and to give depth and personality to the brave and dynamic inhabitants of the island, native and of European descent. The kind of real-life characters that called the island home are some of the most fascinating and intrepid that one can imagine. Who better to write about?

It's summer. Travel to Mackinac Island's past and have an adventure.

Books available on Amazon and in select bookstores.
Click HERE to purchase on Kindle or Paperback

And Book 3-- Sunlight Serenades-- is coming later this year!