Insane in the Moraine 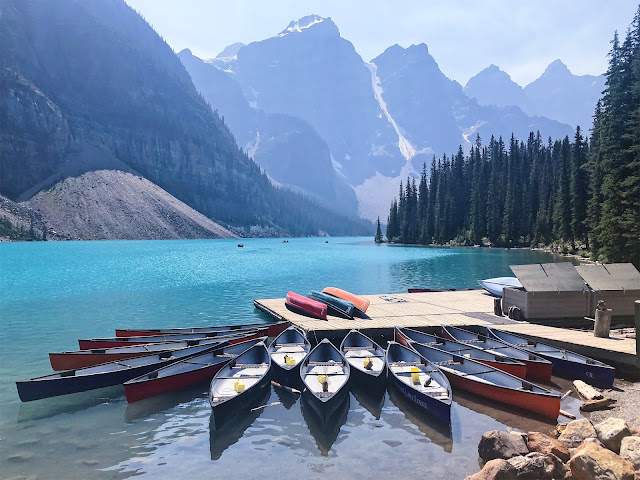 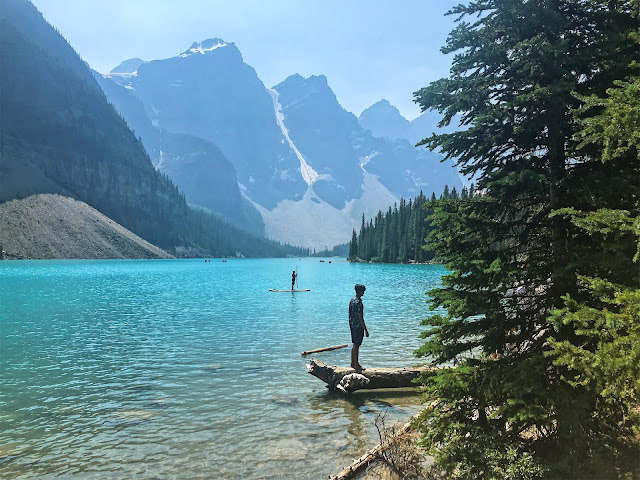 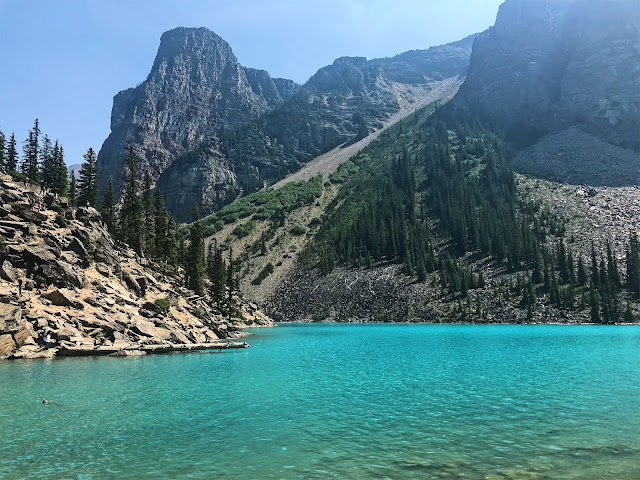 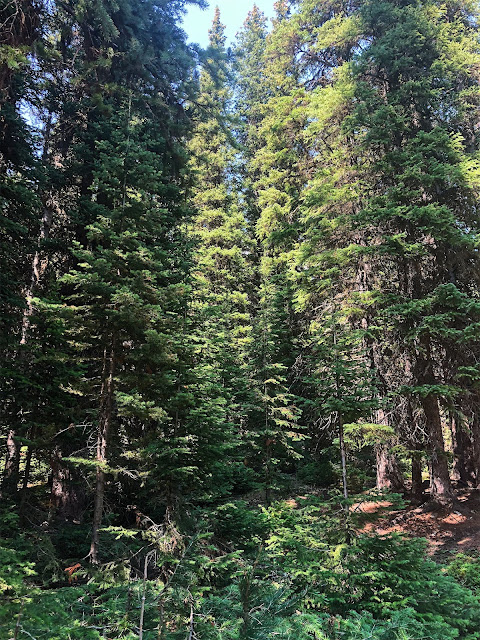 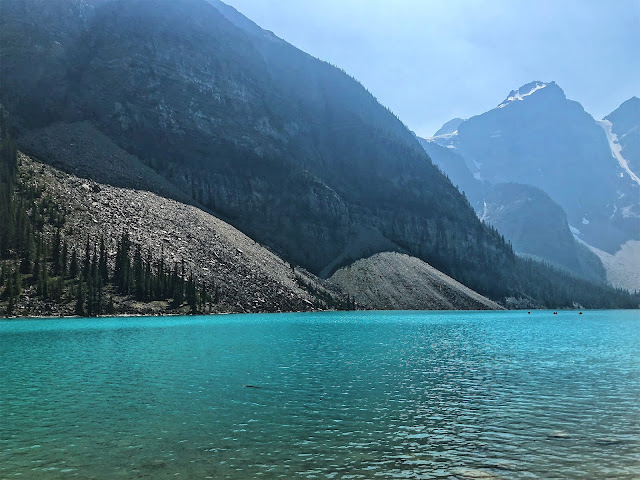 Growing up a proud Michigander, I was under the impression that all the lakes worth visiting were in my home state. If not only for the beauty, majesty and bragging rights that come with being the “Great Lakes State” but for the sheer number of bodies of water contained within. Minnesota, “Land of a thousand lakes”? We scoff at you. Michigan is home to over 11,000. No matter where in the state you are standing, you are never more than six miles from one of these refreshing beauties. Can that be topped? Michigan is surely the epicenter of all things freshwater and deserves all the lake-related accolades.

But then, I moved to Canada. And I learned something about lakes.

I’ve written before about our trips into the mountains to Lake Minnewanka. And while stunning, I would never say it held a candle to the soft sand beaches and clear water of Lake Michigan. Little did I know, though, that Canada, and Alberta specifically, had some lake aces up its sleeves.

My husband had planned another mountain related adventure, and though I was keen to get out of the house, this destination was farther than we had ever driven with the baby, and we’d be taking the dog to boot. He’d been looking up other parks in Alberta to visit and had stumbled upon Moraine Lake, which looked to be cinemascope stunning. In fact, it looked like an instagram filter put on top of a photoshop with a layer of jewel tone set over the top of it. Pictures can be deceiving. And for a 3.5 hour drive to look at a lake with a newborn and a dog, I was…skeptical.

We piled into the Buick with a packed picnic, a small dog, a smaller baby, and made the drive through the mountains. Now, I am not a mountain girl, and the more I hear people oohing and aahing over them, the more unimpressed I become. I will admit, however, that the scenery on the drive is eye-catching, and the sheer size of the Canadian Rockies is bewildering. After a few hours, we drove by the Banff Park checkpoint, straight on the through Lake Louise, continuing down a winding road that led up, up, up and around. Suddenly, we were on the very edge of a precipice, and we both made tired quips about the car blowing off the road and us crashing to our doom in the ravine below. Which was actually a possibility as there were no guard rails to speak of and just a sheer drop next to the lines on the road.

This lake had better be  the photoshop version if I’m risking certain death to see it.

From the parking lot, the sapphire and aquamarine lake peeked at us from behind trees. It was a color so blue, so bright cerulean that it looked completely unreal. It was the lake from a fantasy, from a dream, from a child’s crayon box. It was a blue unlike any I’d ever seen in a lake. It was a Caribbean kind of color, the water of exotic islands where you drink from brightly colored straws in white sugar sand. Not a northern lake color. Not the kind of lake you find near pine trees and mountains.

But it was real. The lake was dazzling. And though I am not a mountain girl, I’m most definitely a lake lady. And this lake, with these pines, in this wild northern place I thought maybe, just maybe, Moraine Lake was giving Michigan a run for its money.