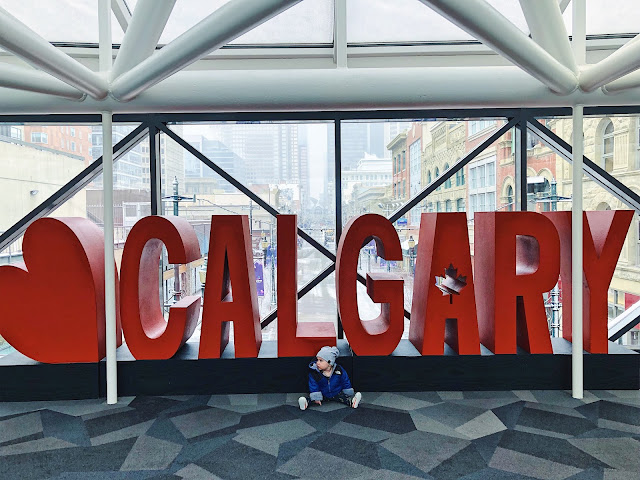 We always dreamed of living abroad. It was something both Terrence and I always agreed upon. Let's Go! Let's Do IT! Let's live in a foreign place with people we don't know down streets we'll have to learn.

When we dreamed of it though, it was always some place like....Rotterdam or Antwerp, Edinburgh, Pisa, or Northern France. Denmark, Norway, Australia....never Canada.

But that's where we are. For now. It seemed like...a stepping stone at the time. At least there are seasons in Canada, we said. (Since Houston only has Hot and Hotter and sometimes damp cold but only for a day or two) We were... optimistic. A new baby, in a new country, with a new position in his company. I'm good at being alone. I'm good at making friends and taking care of things and organizing. I was certain I could handle it all. Terrence is ambitious, he's hardworking and driven. We are both adventurous.

But, as you can imagine. A new baby in a new country where you don't know anyone or have any family is much more difficult once your rose colored glasses are off. Or, perhaps shattered into pieces in our case. And Calgary is definitely a place with seasons. But, winter is definitely the dominant one. And seasonal affective disorder is a real thing and postpartum depression is a real thing and babies are hard and moving is hard too.

But, it's spring now so the winter blues are on their way out. And all difficulties aside, we've made it this far. Arthur is thriving. He has two passports and stamps in them from two different countries. We're still traveling. I'm still writing (not as much, but still at it), Terrence is killing it at work, and we've made some friends here (I DID tell you I was good at it).

So, was it a mistake to move abroad when we did? No. Yes. Maybe. It doesn't really matter now, at any rate, because we did move. We made a decision and it is what it is. We've both learned a lot. Even on a micro level, there's so many differences from one country to another that you don't fully consider. Your favorite grocery store, your daily walk, that special bakery, the best place to grab a coffee or a sandwich or... even just that special brand of shampoo you buy. Those things will change. You have to find a new sandwich place, and your shampoo company doesn't ship international, or whatever. You find new favorites. You change. You evolve. And that's always a good thing. Change and evolution is growth and growth is good.

Would we do it again? Yes. We're adventurous, after all. We like a new place. A new set of challenges. A new coffee shop and a new favorite bakery. Bring it on.

We have 3 passport books to fill up now.