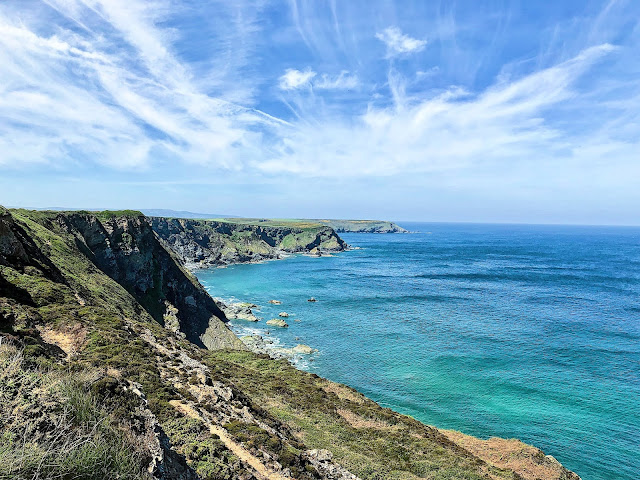 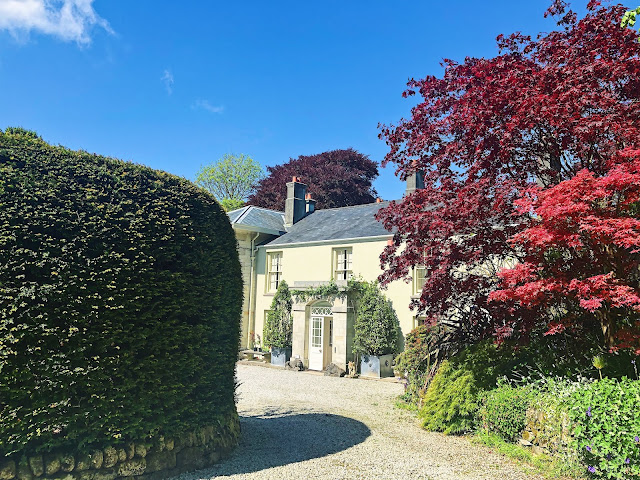 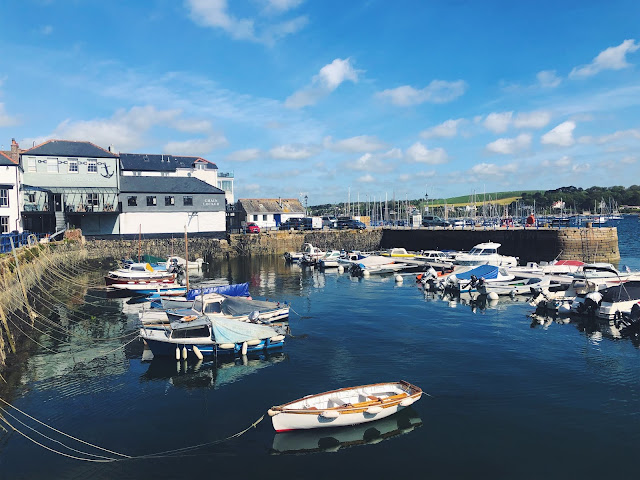 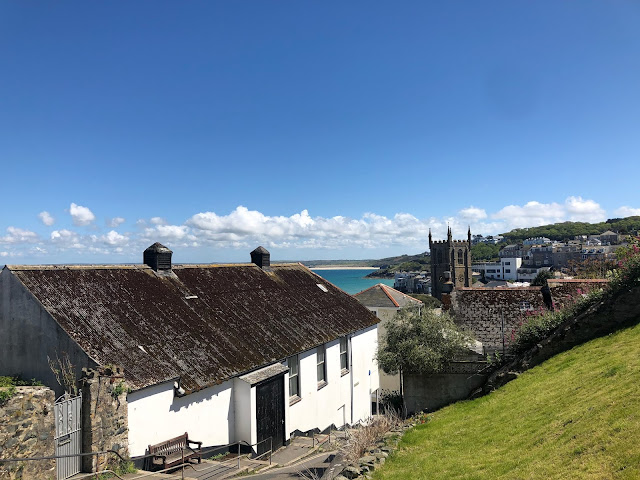 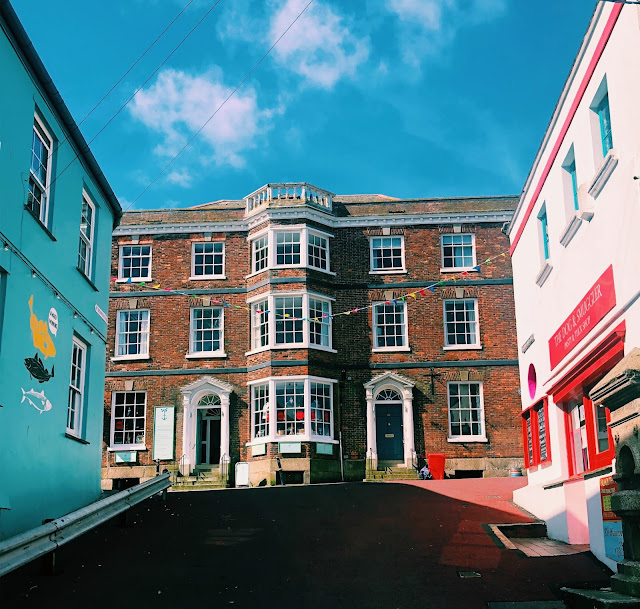 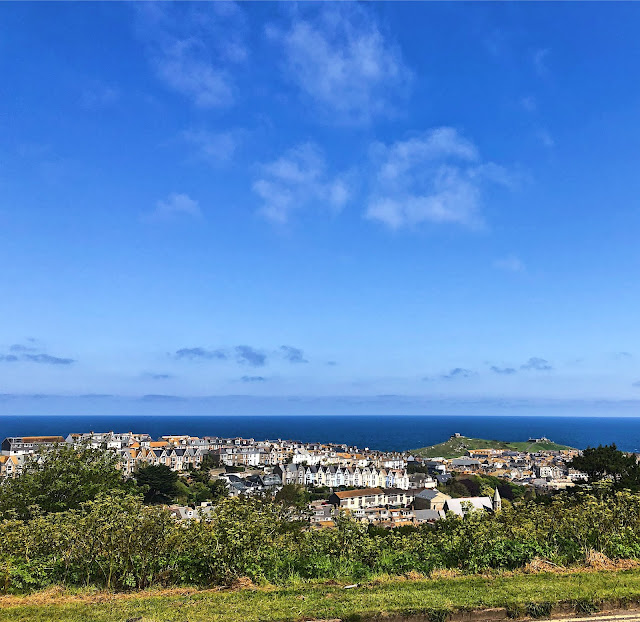 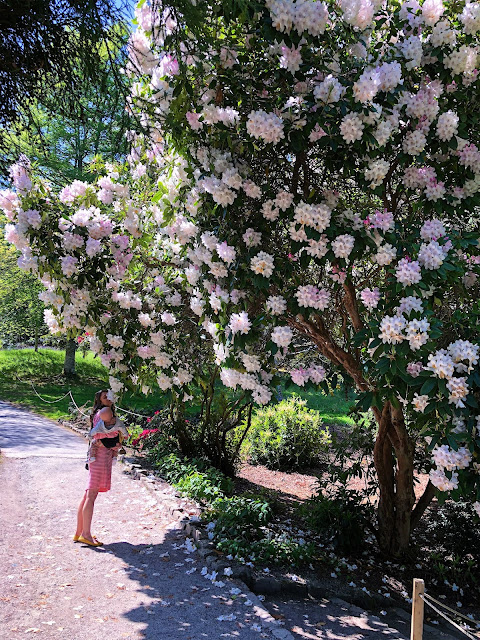 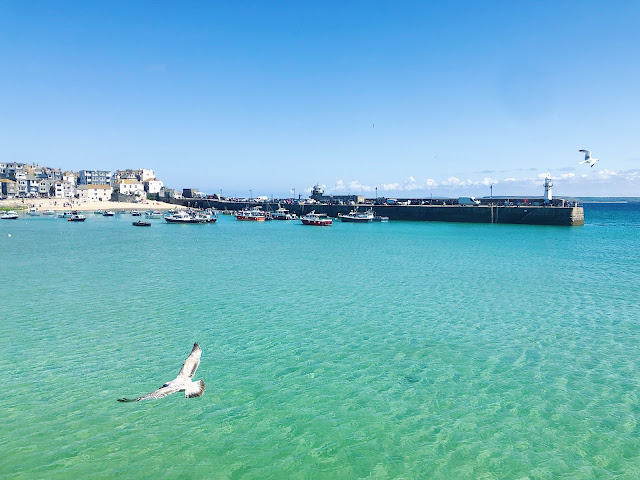 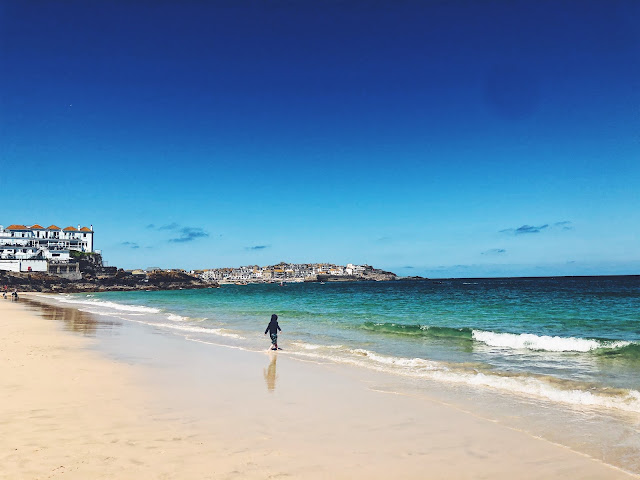 I didn’t know very much about Cornwall before we visited. Only what I had seen represented on television, and the very loose history of Cornish miners in the Upper Peninsula, mostly about pasties, if I’m being honest. I’d read something about cream teas, and heard of the Pirates of Penzance, but other than that, just vague holiday notions of a seaside area of Britain.

We set out for Cornwall from London, taking a train from Paddington to Bristol and from there we hired a car and drove three hours down through Devon and then to Cornwall. We passed through towns that only took two blinks of an eye to pass through, and with names that seemed to have far too many consonants to be able to pronounce.

We finally, (and I do mean finally, with a fussing baby in the back and two stressed adults on the wrong side of the car on the wrong side of the road) arrived in Gwenapp, the location of our hotel.  I’d be hard pressed to explain how I chose it. I’d never heard of the town before and it wasn’t especially close to any of the main “tourist spots” of Cornwall. But, however I had found it, The Vicarage was just about the most marvelous country house I could have chosen, and what a lucky vicar to have had the run of such a beauty. Stone walls and large windows with flowers and tropical plants greeting us into a world of color. Next to the grey and rainy London we'd just left, it was something like paradise, indeed.

Inside was something like a movie set for a period piece, but with a delightful jumble of hodgepodge tasteful antiques. A warm welcome for weary travelers, and what an eyeful for a grumpy baby!

Cornwall. We bit off more than we could chew. We failed to understand that it wasn’t simply a place—it’s an entire region. Many, many small towns with little pubs of varying quality, but all so novel to an American tourist. Restaurants on the beach like the Ferryboat Inn, or posh hotels in towns in which to take an afternoon tea. Tea rooms, antique stores, castles and always, always, the sea. I never realized just how much the sea plays a role in the lives of the Cornish. I’d read about smugglers and excisemen, but it’s hard to fully grapple with unless one is there.

A day without visiting the seaside became a wasted day. Every National Trust site we visited seemed to have a view somewhere of a large expanse of blue. Gardens that overflowed with flowers that I couldn’t believe could bloom in such profusion that far north when it wasn’t fully Spring. Bold yellows and pinks, purples and everything green, green, green. The beaches themselves were hardly to be believed as being in England. They looked more akin to the Caribbean or Hawaii in some places. Sugary sand and bountiful sun—but also very strong winds.

I couldn’t write about Cornwall, however, without mentioning the cream teas. Clotted cream so thick you should choke as it goes down your throat and jam so sweet you get a toothache. And yes, of course, the pasties. The pasty every Michigander knows, but larger, in more flavors, and dare I say…better—than those I grew up on.

We spent our days—too few!— exploring St. Ives, Falmouth, Marazion, Penryn, Mylor, Devoran and dozens of other tiny places that we drove through too quickly to notice. We stopped at every antique store and any shop that captured our curiosity. We ate too many scones with far too much clotted cream (our baby fairly turned into a pot of clotted cream himself by the end).

There may not have been enough days to explore Cornwall, but that only means we’ll have to travel there again. But this time, a little more in the know, a little better prepared for its splendour.