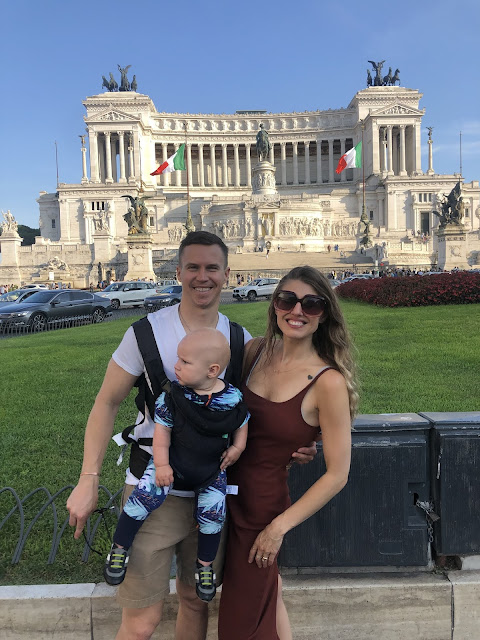 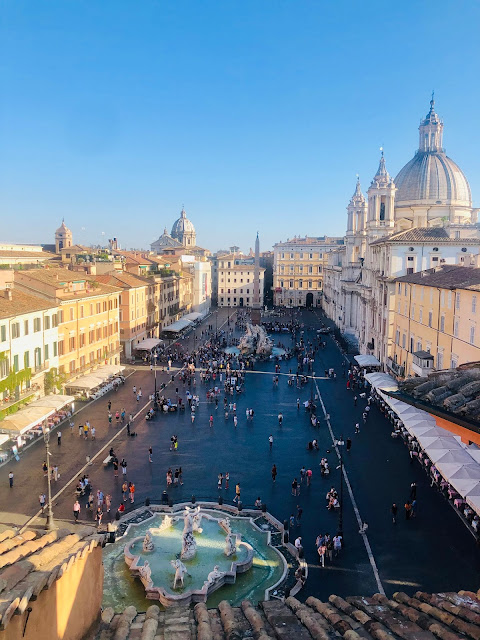 O
One truth I have learned through traveling is that a tourist’s impressions of a place are largely colored by the tourist, his or herself. The same exact city through two different sets of eyes can look unbelievably dissimilar.

Recently we traveled to Italy and though most of our stay was to be spent luxuriating on the Amalfi Coast, we had also scheduled some days in Rome on the front and back end.

Now, Rome and I are not strangers. We have a history, and my opinion, based on prior experience was that the eternal city was a disgusting, stinking dump full of rude citizens and cars actively trying to murder anyone who got in their way.

So, I was none too pleased with our travel arrangements. I had artfully planned our other trips to Italy so that we purposefully avoided Rome.
But on this trip, flying from Canada, our easiest flight was into Rome. And after two flights—9 hours—with a one year old, we
would be needing a night before we went on to a train ride followed by a rental car around the treacherous turns and winding roads of the Amalfi Coast.

We landed at the airport and hired a car to our hotel. It was a small, boutique kind of place complete with a wrought iron elevator from the beginning of time and a charming front desk and clean, modern furnishings in our room. Lovely. I was begrudgingly impressed. The concierge recommended a local place to eat and we followed the map to it without issue. A small restaurant with a wide and varied wine selection and small plates for sharing. The owner and the waitstaff were nice, even— pleasant. The walk to the restaurant had been beautiful, over a bridge and down the streets, late day sunshine at our backs and other couples and tourists strolling about, taking pictures, walking hand in hand.

We retired to sleep and passed a very comfortable night before hurrying to an early train that would take us to the coast.

I wrote it off. A fluke, surely. Rome was disgusting. Vile. Uncomfortable. Unwelcoming. I’d had a bad experience the first time I’d visited. I’d been spat at. Pushed into the road into oncoming traffic. I’d slept on a bed that had to have been made from a plywood with a sheet stretched over top. I’d been harassed, almost stolen from and I’d spent some of my time that first visit wishing I’d never left Michigan. It had been my first trip outside of the US and it was the worst experience I could have imagined for a place I’d always dreamed of visiting.

But then came our stay in Rome at the end of the trip. I was expecting a letdown of epic proportions after the very pleasant stay we’d had the first night. We stayed in a different hotel, in a different part of the city and it was—delightful. Utterly. The area we stayed in was gorgeous, covered in ancient buildings with statues and fountains. Our hotel also granted access to a rooftop terrace over Piazza Navona, which is crawling with tourists—but from above the piazza is magic. We sipped aperol spritz and watched the sunset, sitting beneficently over the crowds below. It was dazzling. Rome, at night IS what all the songs and movies say it is. I was enchanted.

Same eyes, different traveler. I’d had a truly awful experience in Rome my first time. But on return, I was a different explorer altogether. I’d been many, many miles since my first glimpse of Rome. And I’m so glad that I did return. The city I met the second time was definitely worth the trip— and dare I say— warrants a longer stay next time.