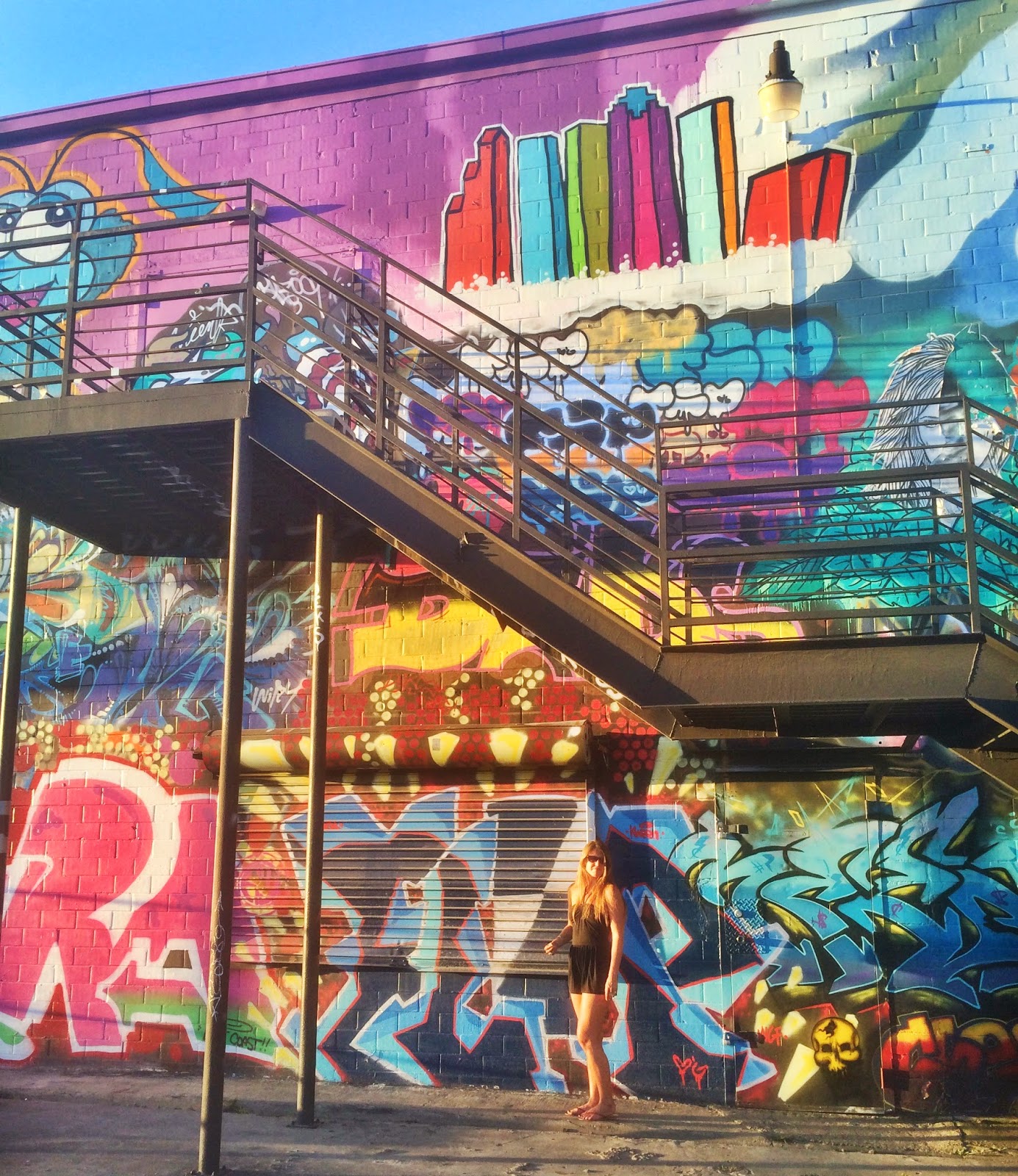 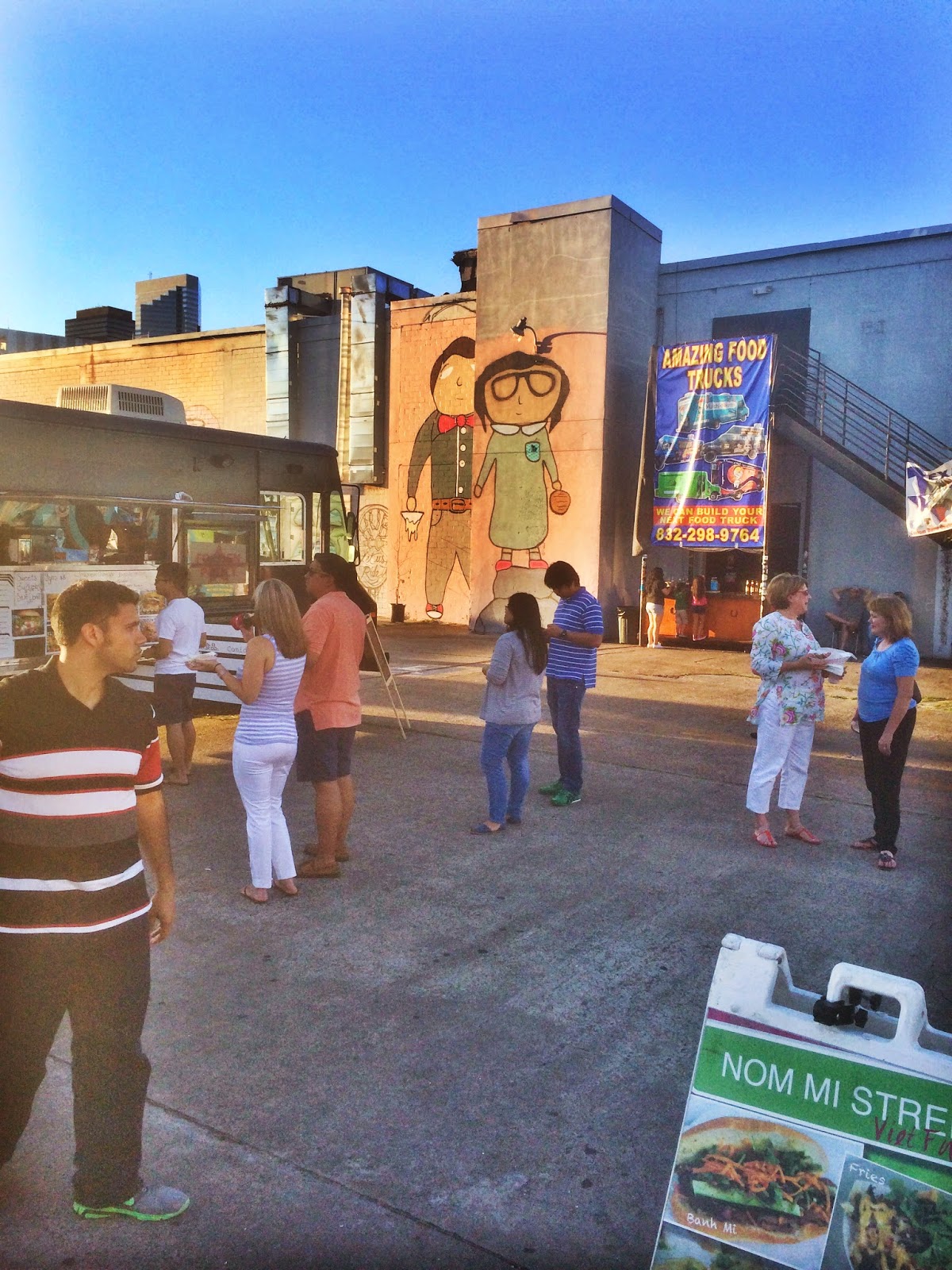 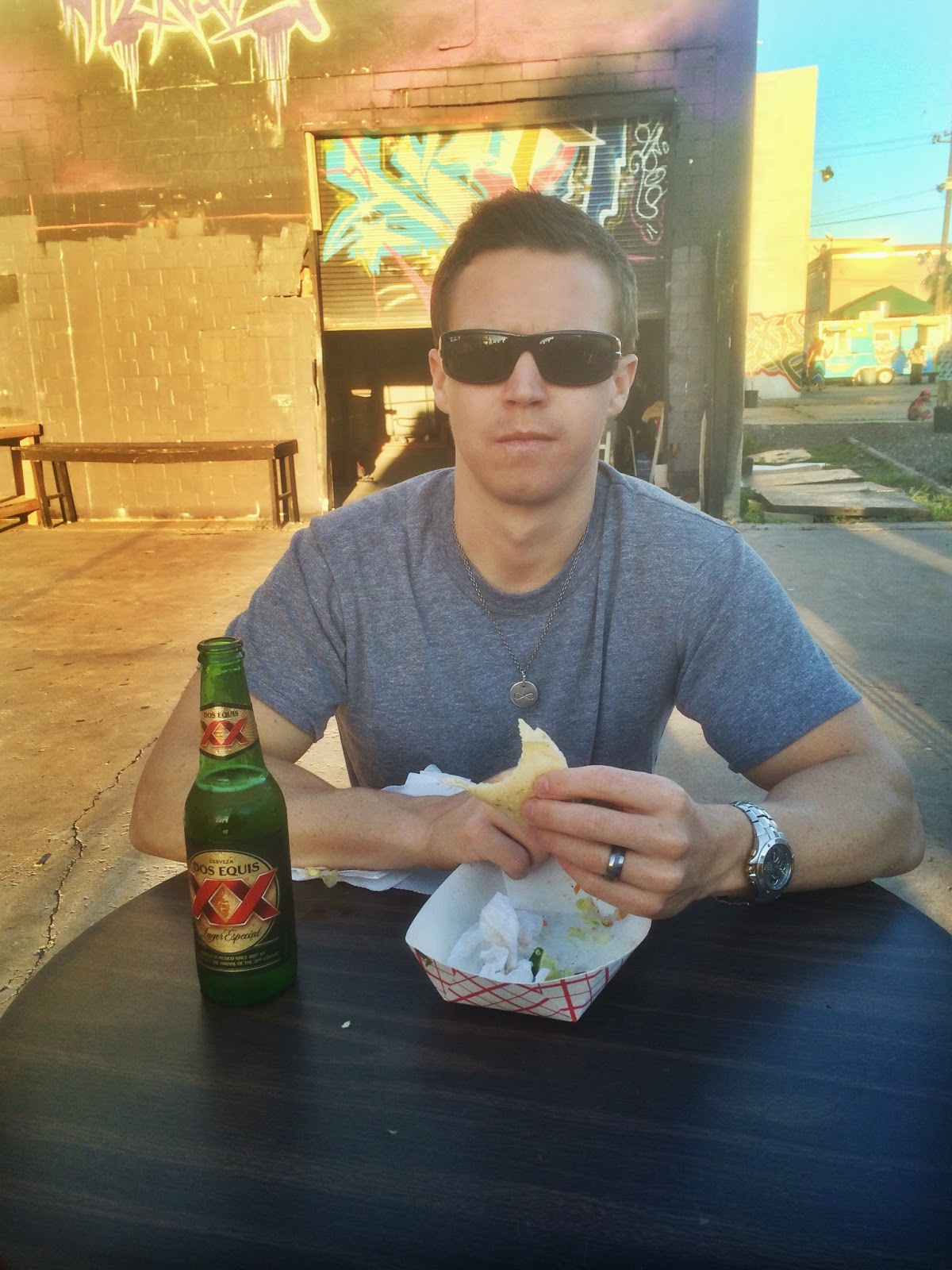 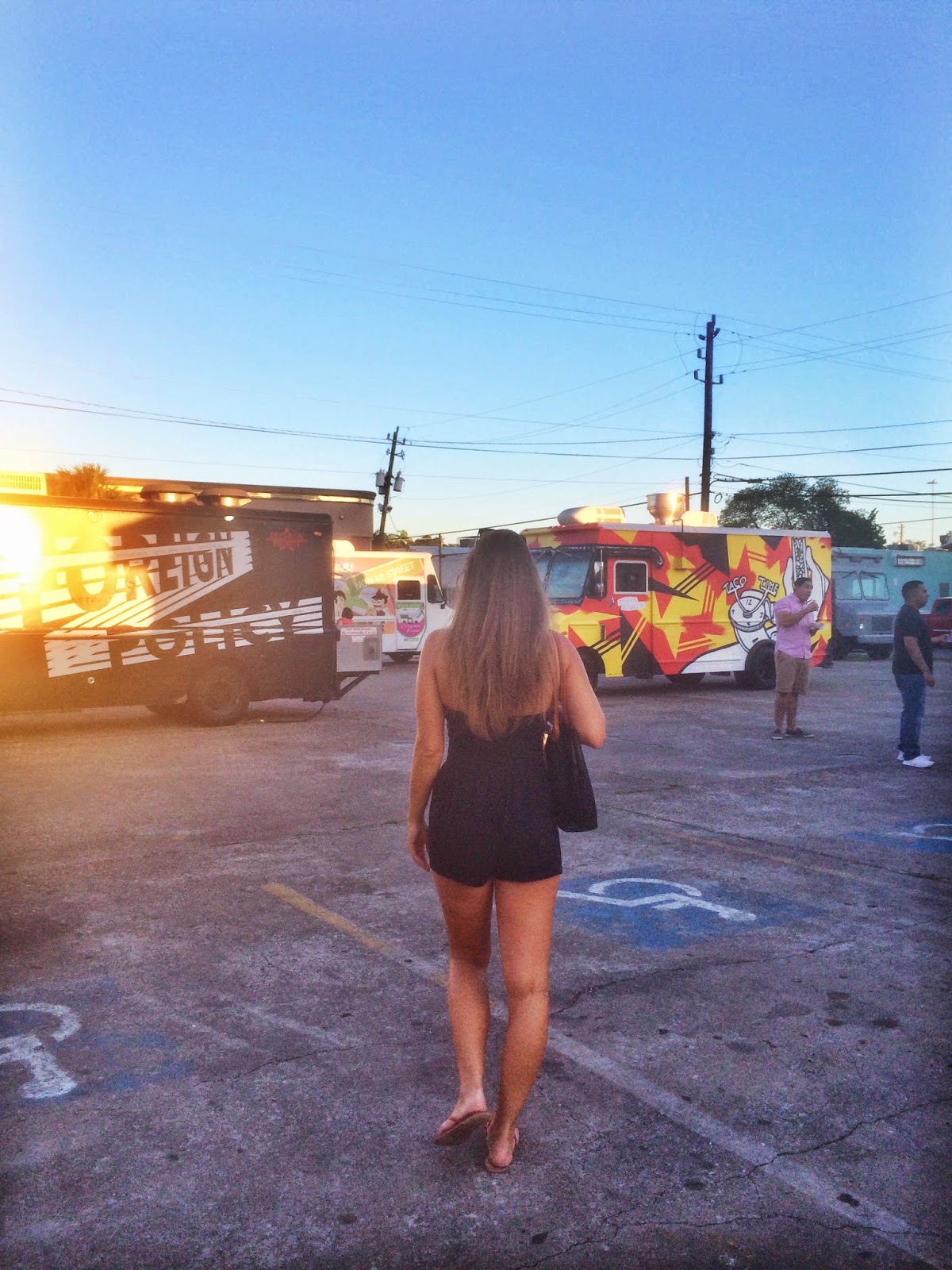 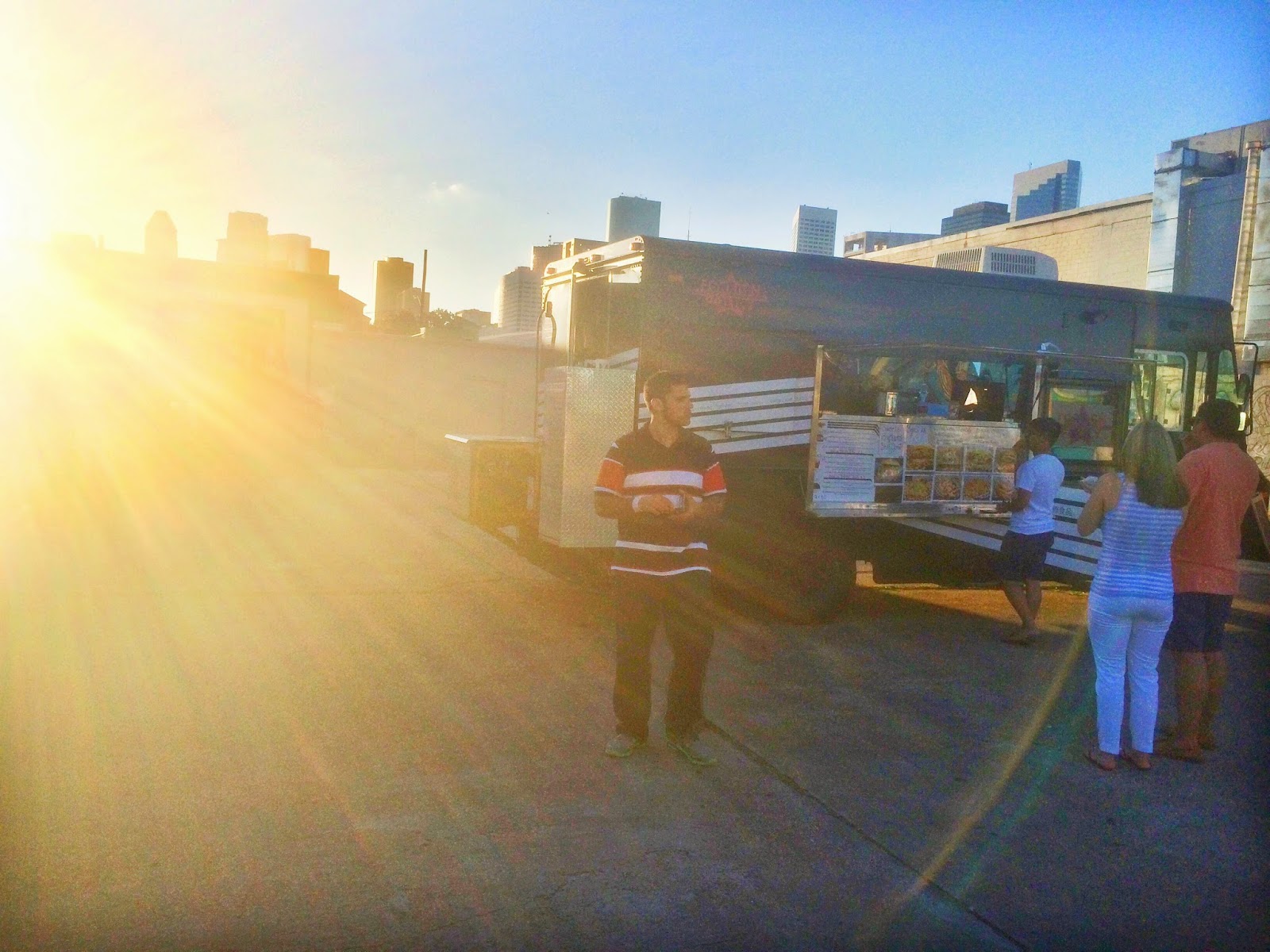 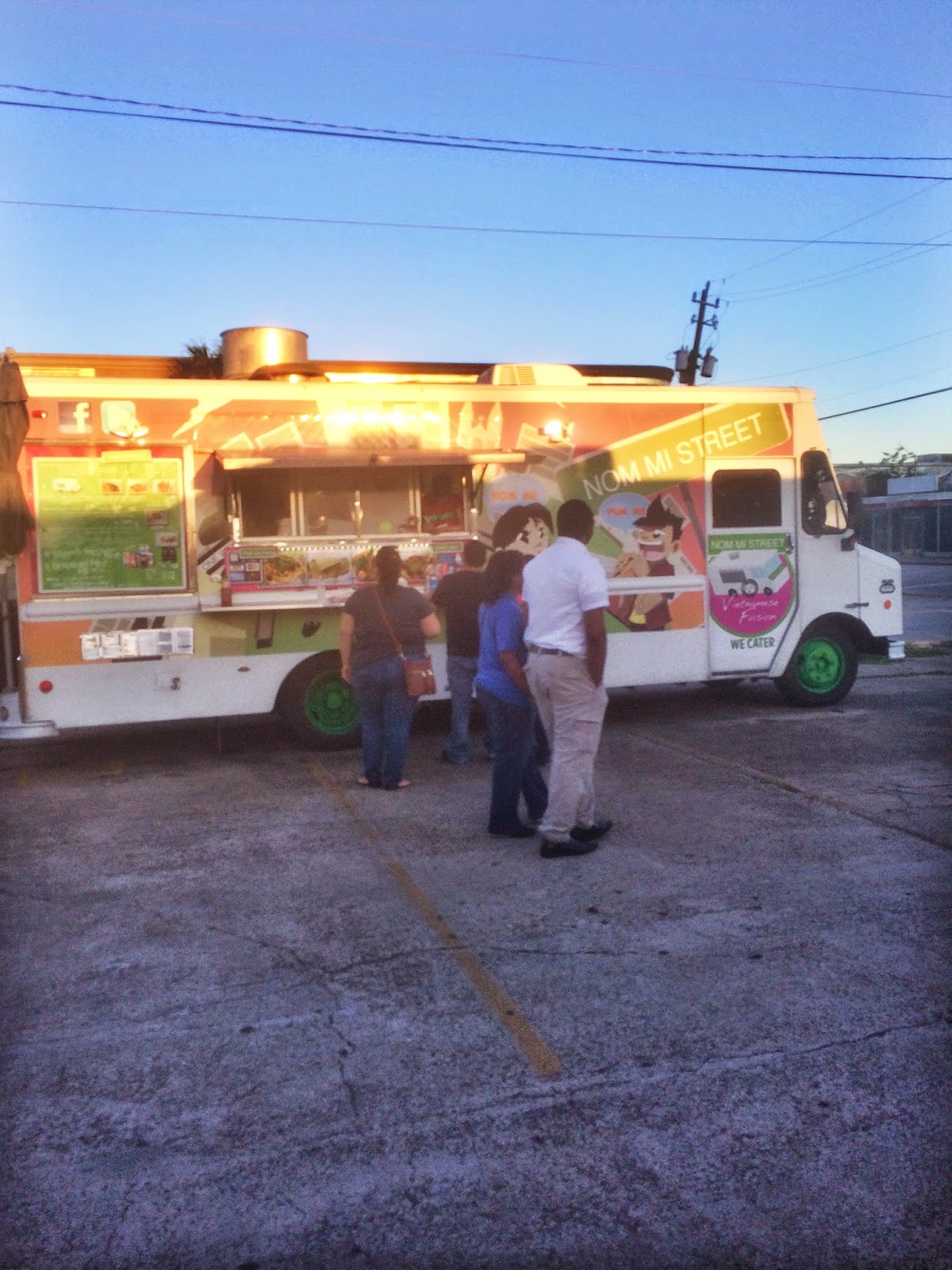 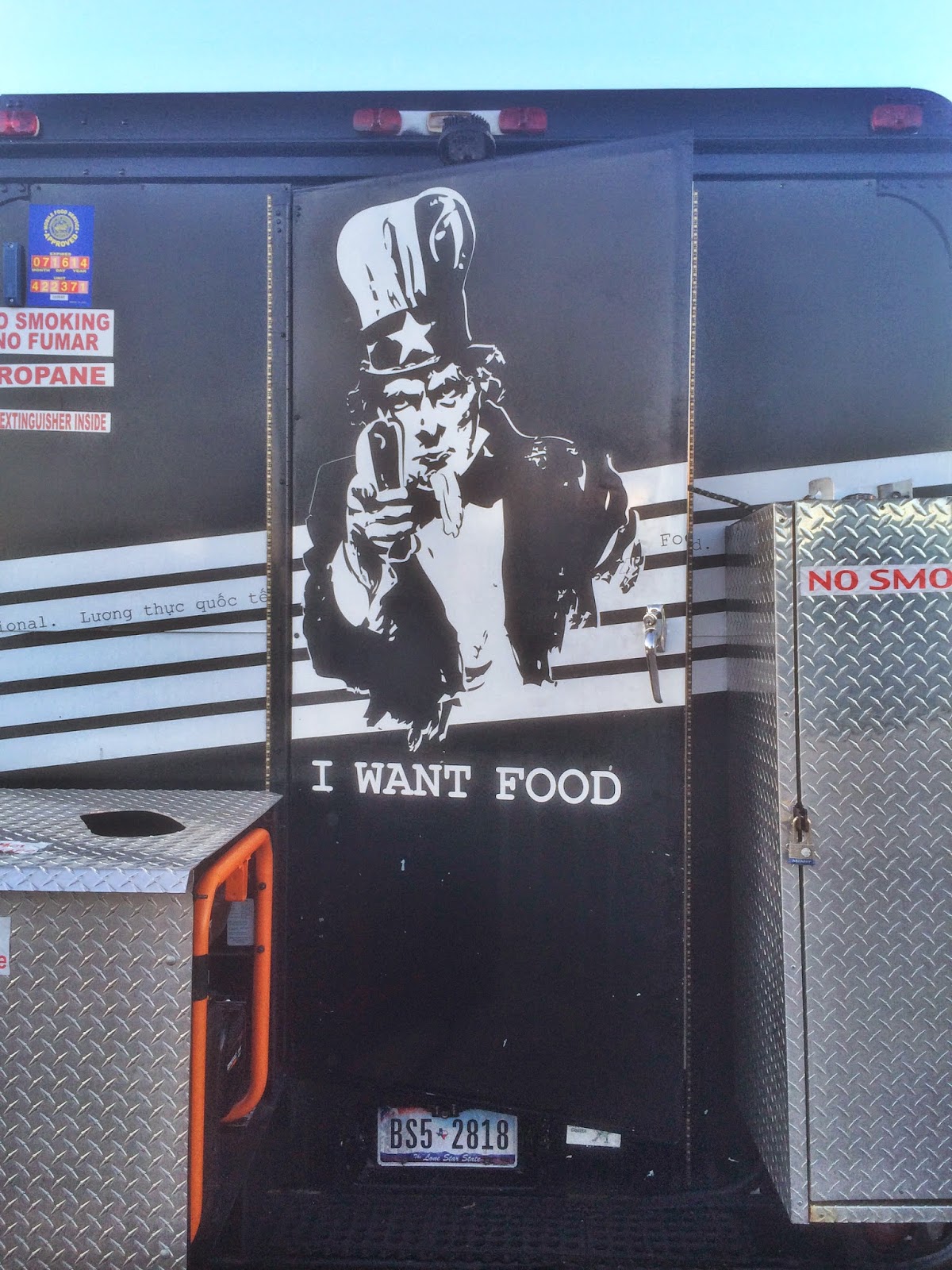 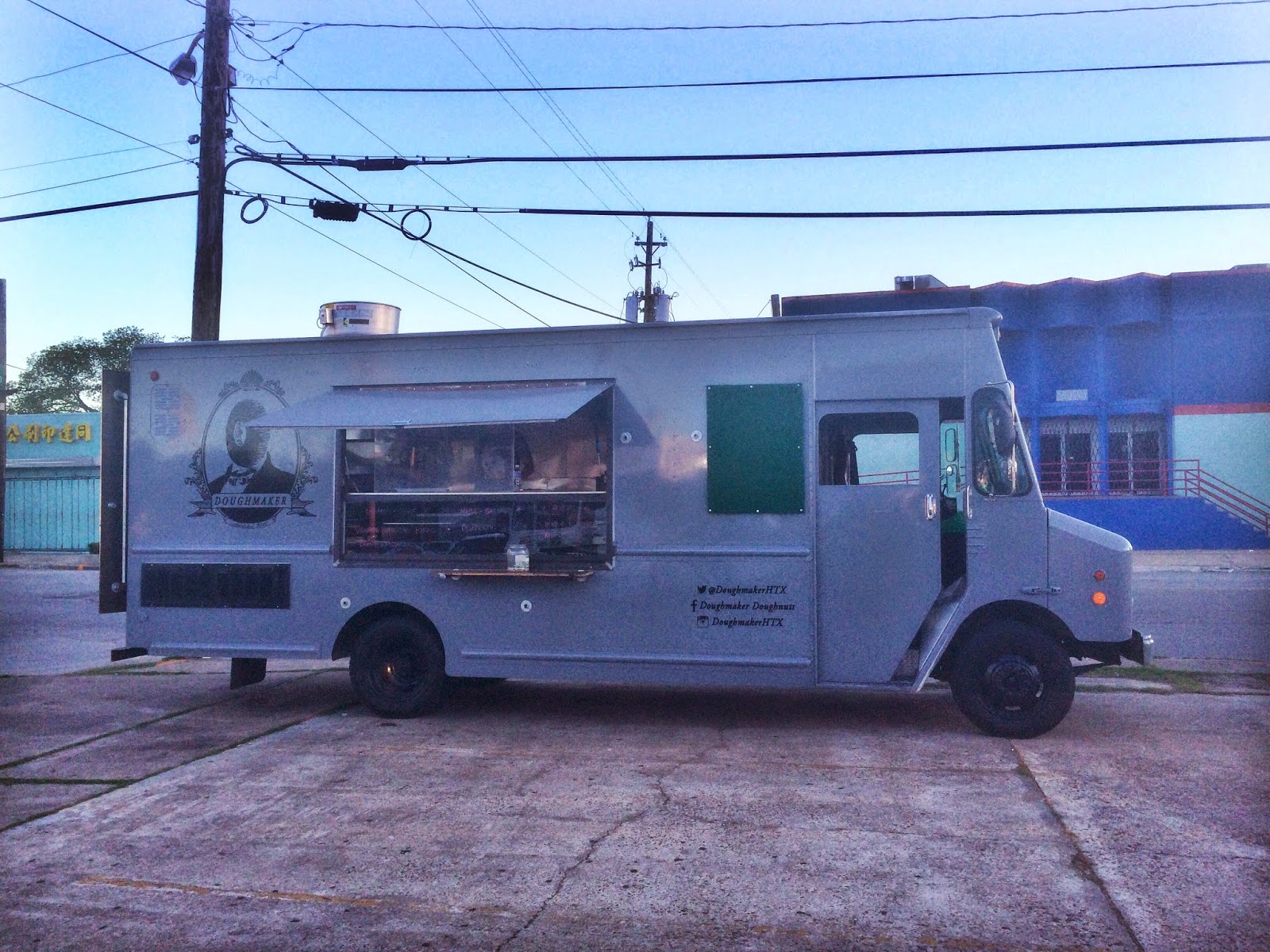 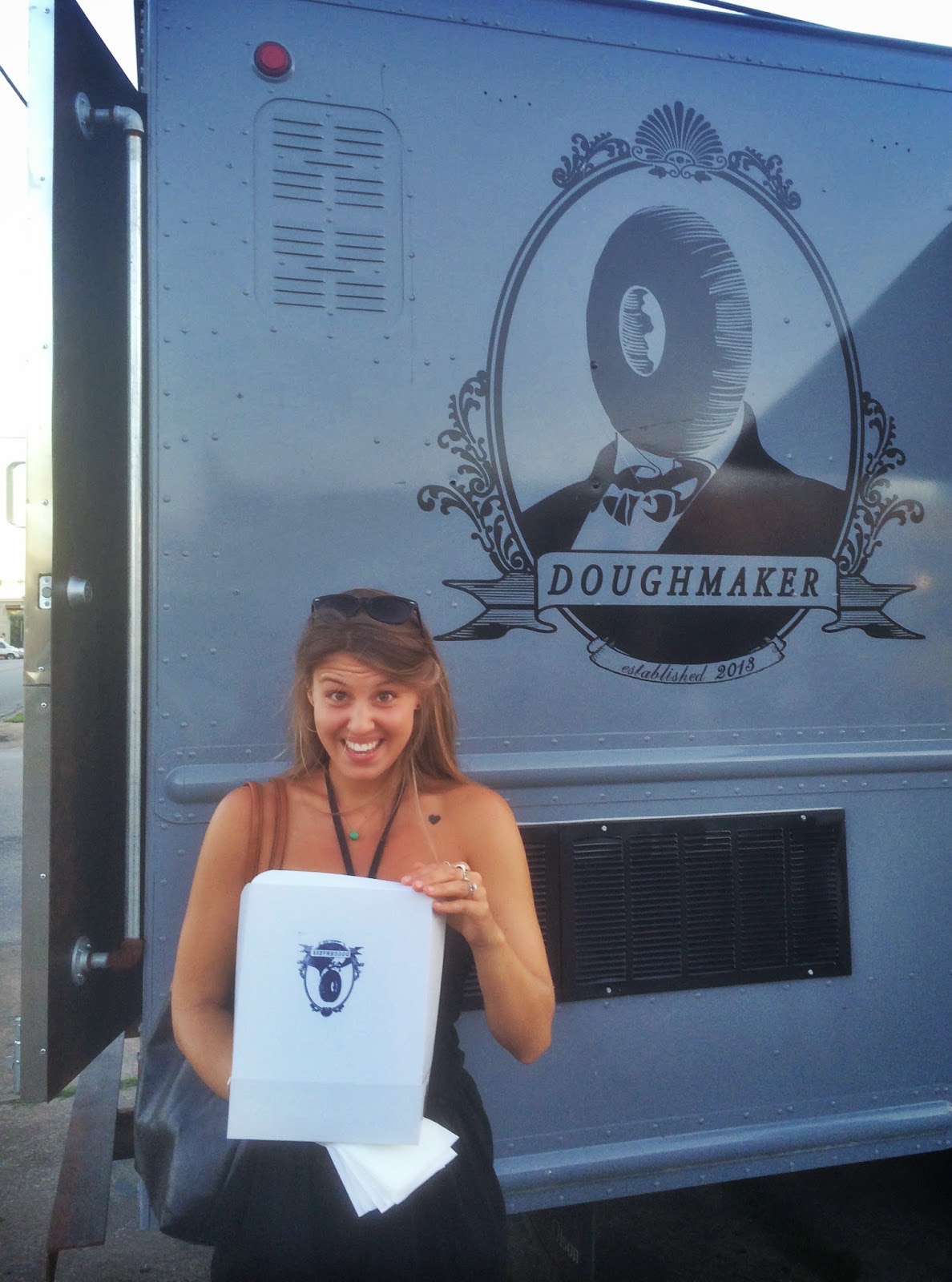 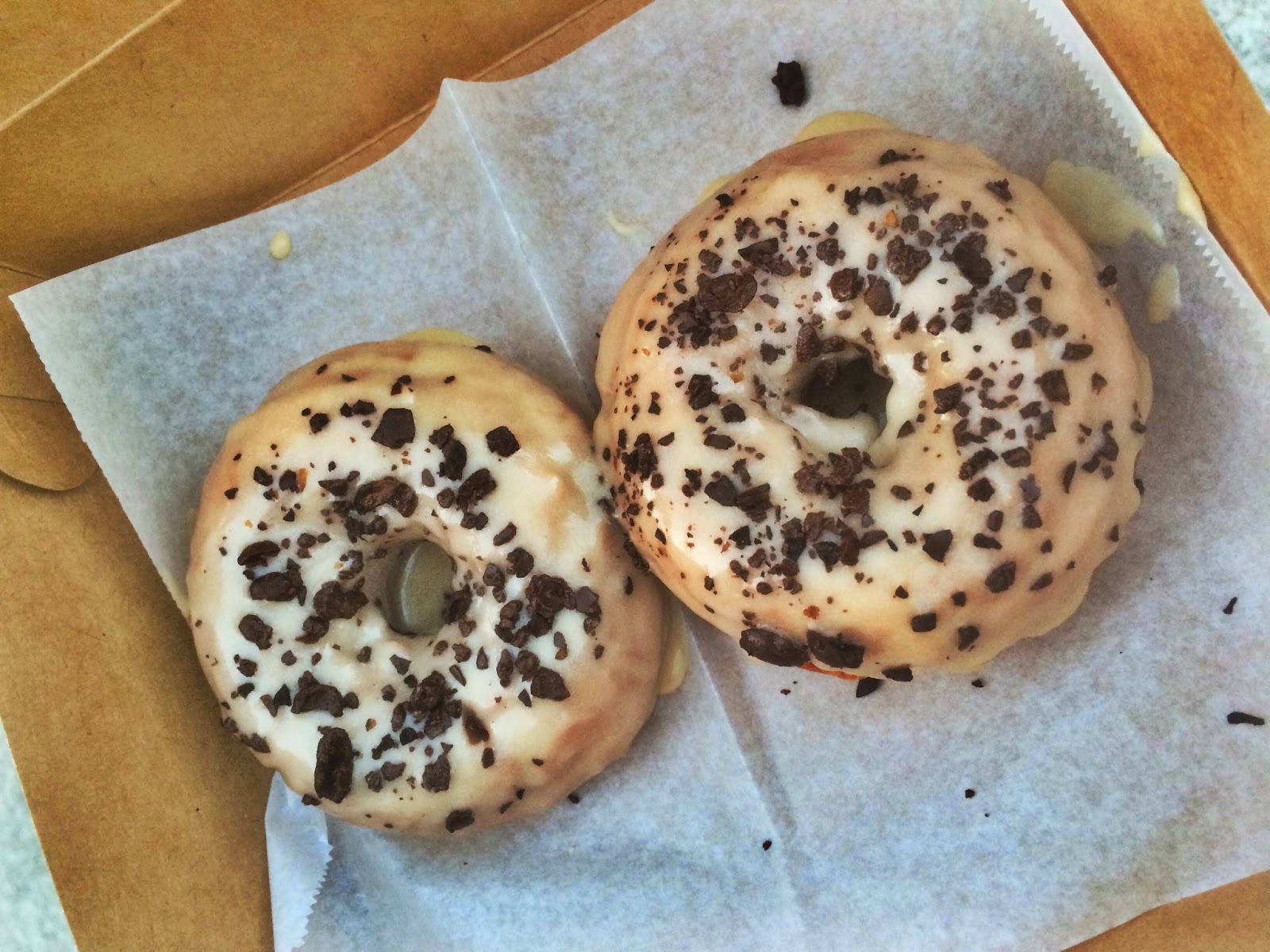 On June 6th, we celebrated "National Donut Day". Which is, arguably, not a holiday, but, supposedly it commemorates the sweets that were given to soldiers returning from WWI, or some other Patriotic thing, so I did my civic duty and celebrated.

Unsurprisingly though, Terrence and I had no idea where to find doughnuts. (Doughnuts? Donuts? Whatever. Terms will be used interchangeably from here on out.) We aren't generally dessert people. We will find cupcakes on our birthdays, which I will gleefully remove the frosting from, (damn the worthless cake), and we have been known to smash gelato in Amalfi or macarons in Paris...but around town we mostly stick to port or madeira for dessert.

A friend of mine recommended Doughmaker Donuts, and so when Terrence finally trudged home from work, away we went to find the Houston Food truck mecca where this slinger of fine, tooth-decaying delights could be found.

When we arrived, we marched right up to to the Doughmaker truck, and were told they were baking fresh donuts, and they would be ready in 20 minutes. As FRESH donuts are something no one is angry about, we decided on some Thai tofu tacos while we waited, which there is no picture of because they were gone so quickly. (How did we not know about these food trucks??!)

Finally, the minutes ticked by, and were first in line to receive our Vietnamese Coffee glazed with cocoa covered espresso beans doughnuts. (And our mouths exploded.)

So, maybe we are now Doughnut people.

If you are in Houston, check out this dynamite Donut truck, tutte suite. ( and the rest of the trucks in the food park. Holy Moly. )
xx