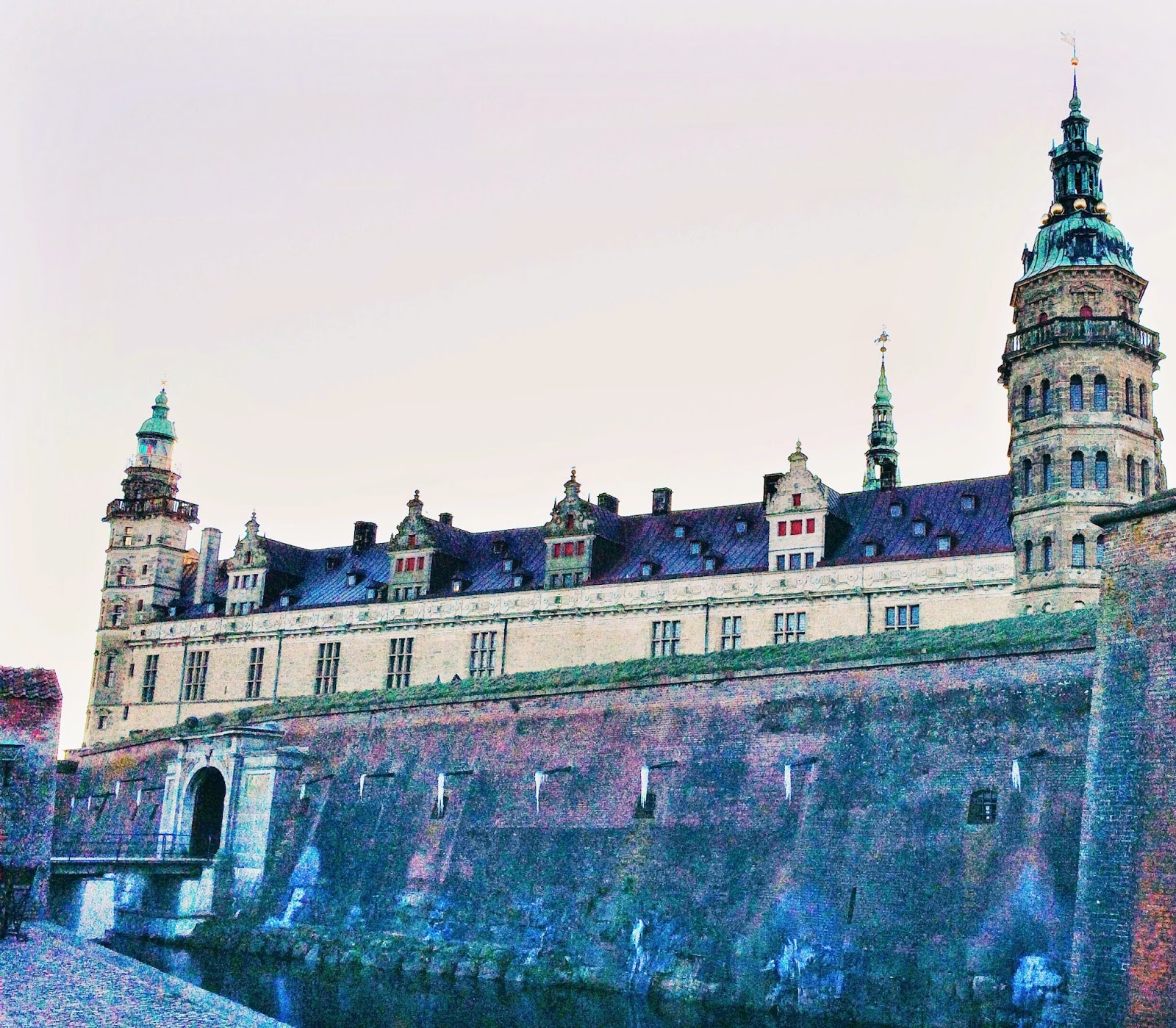 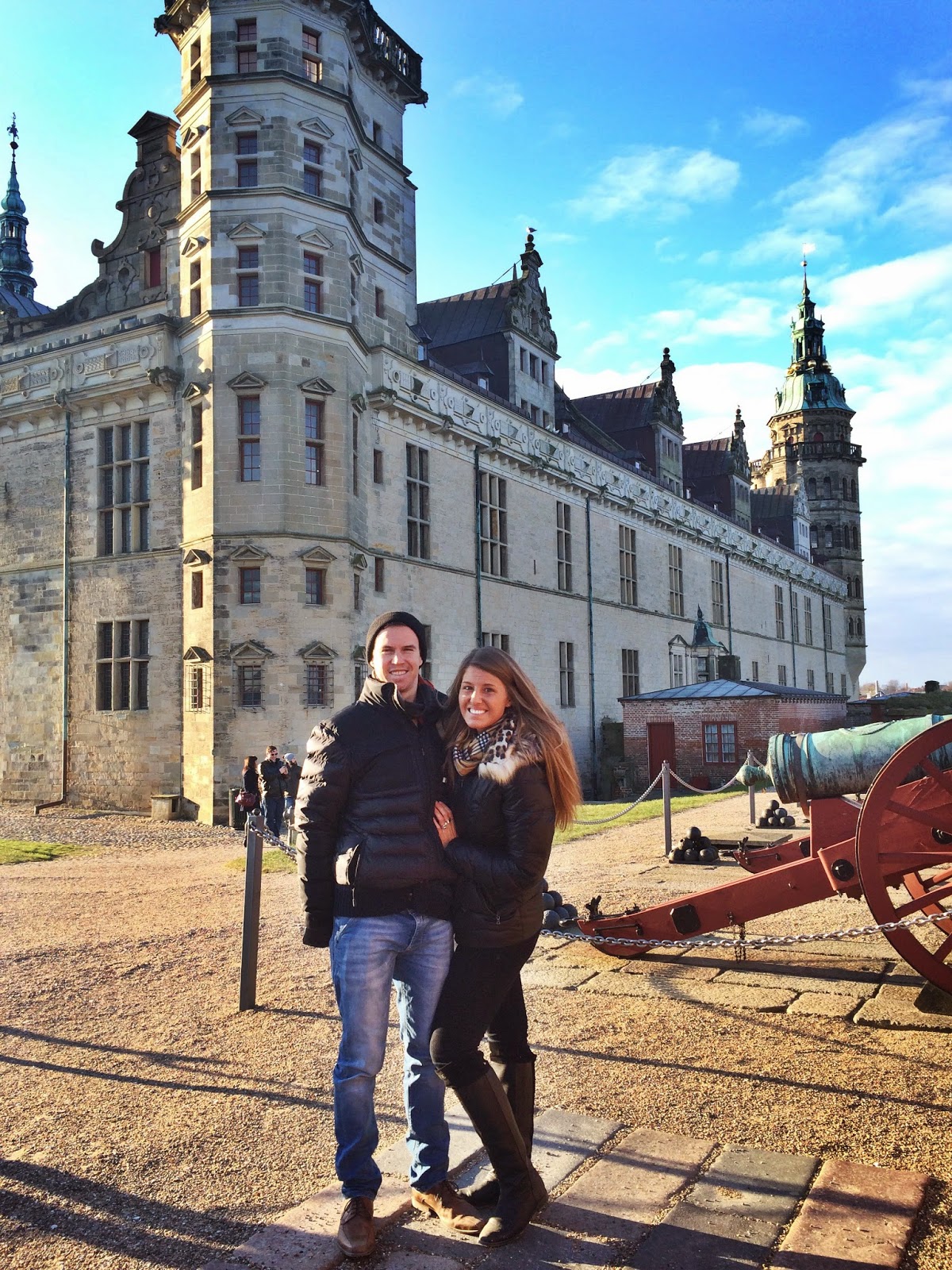 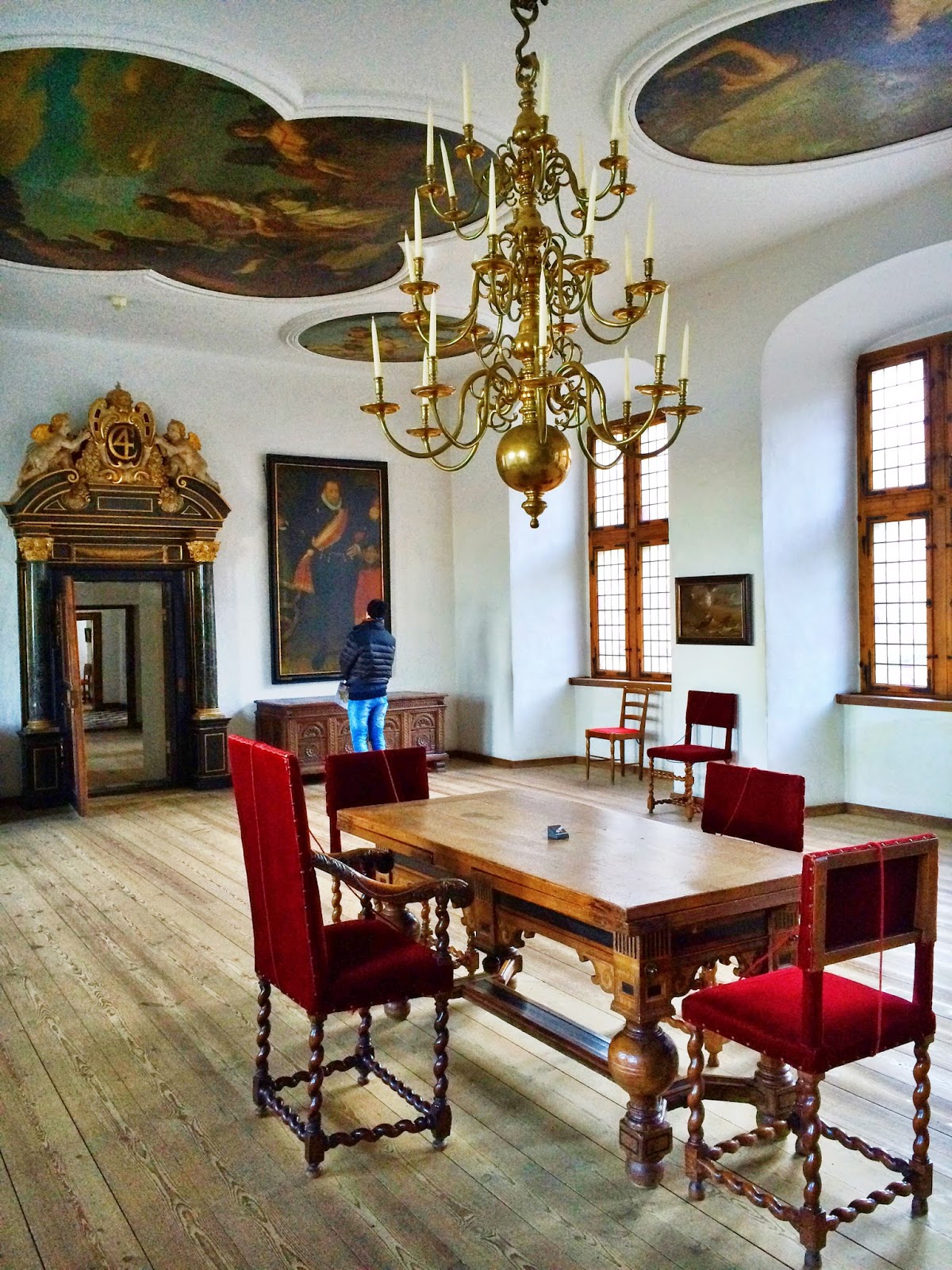 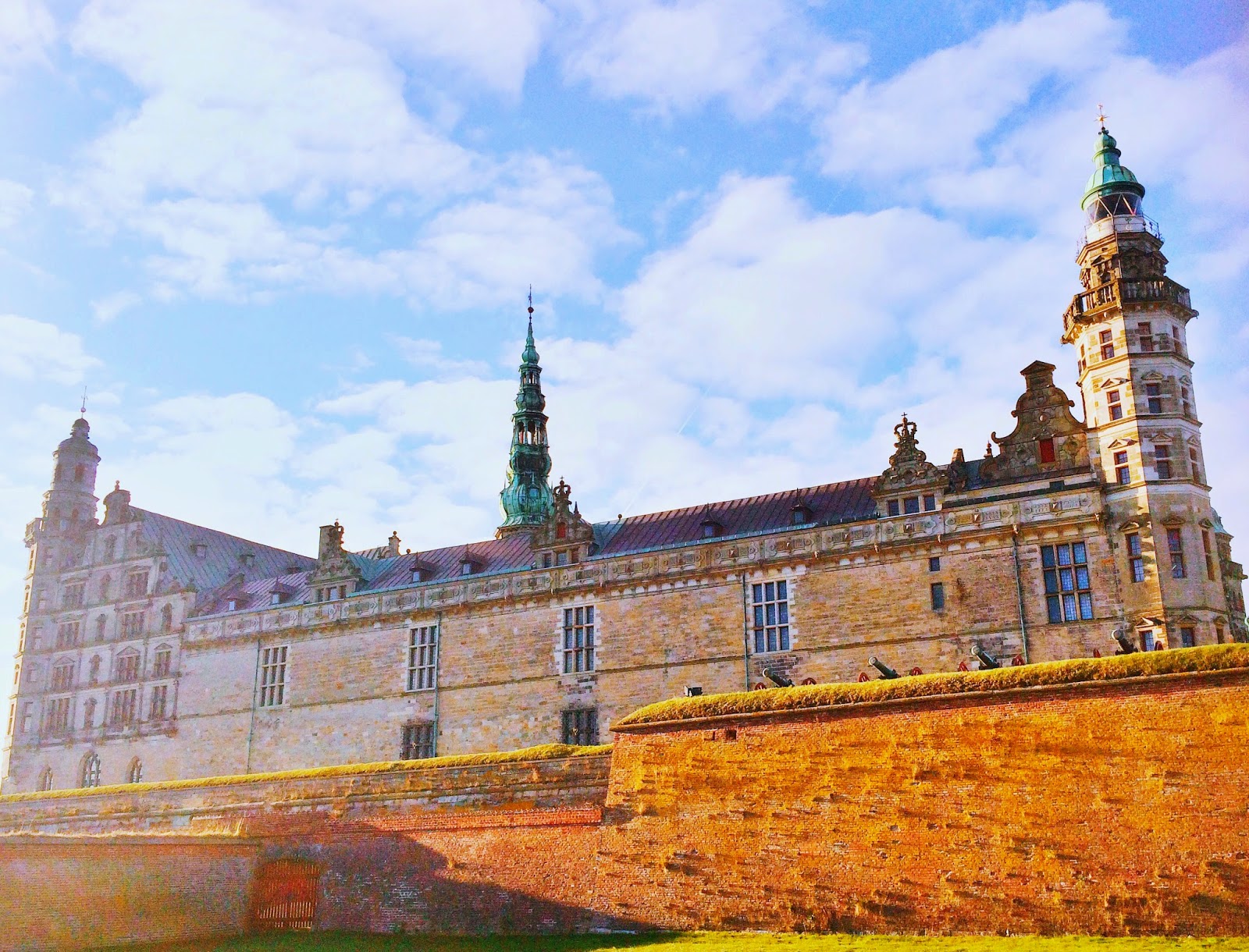 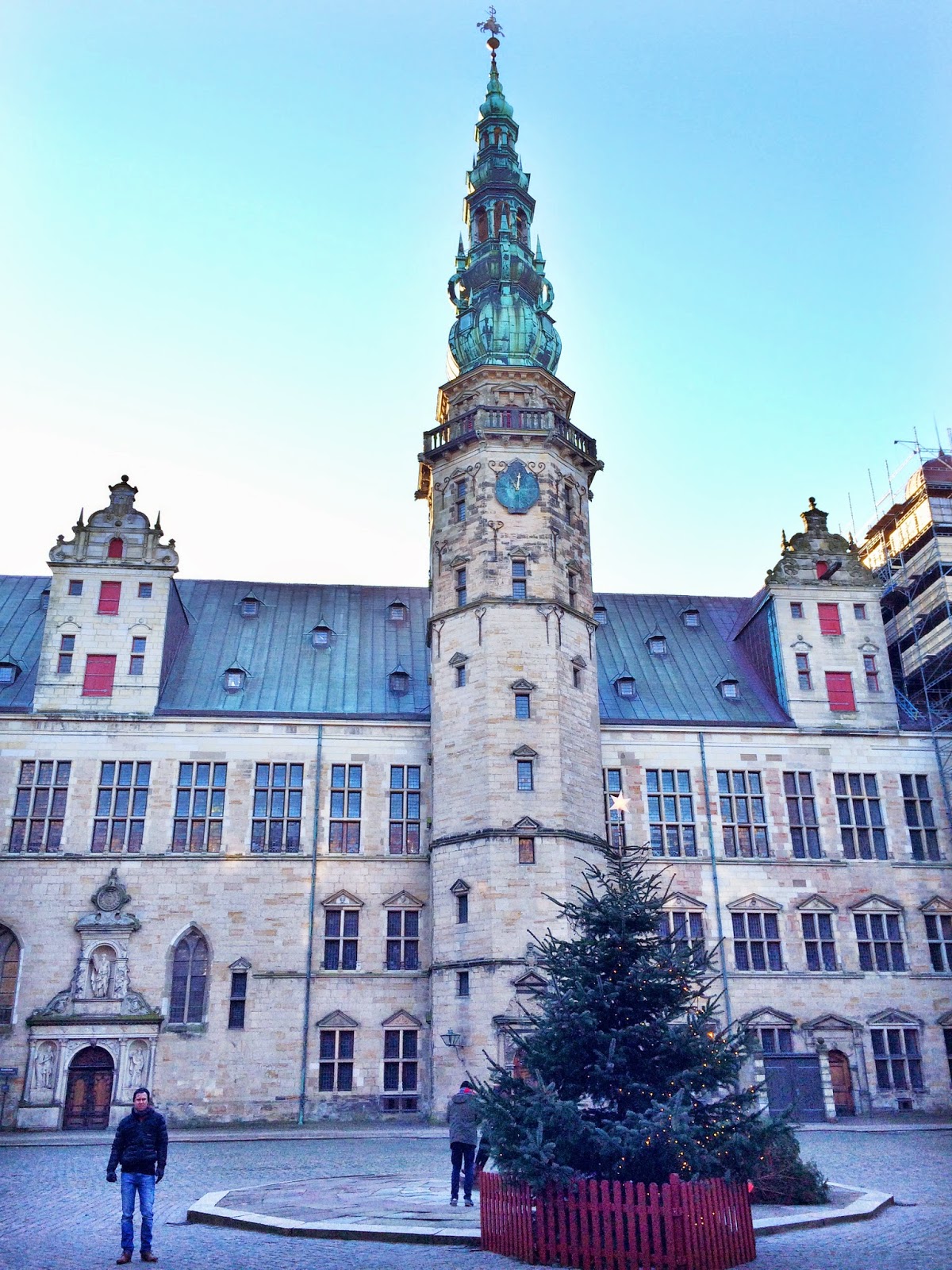 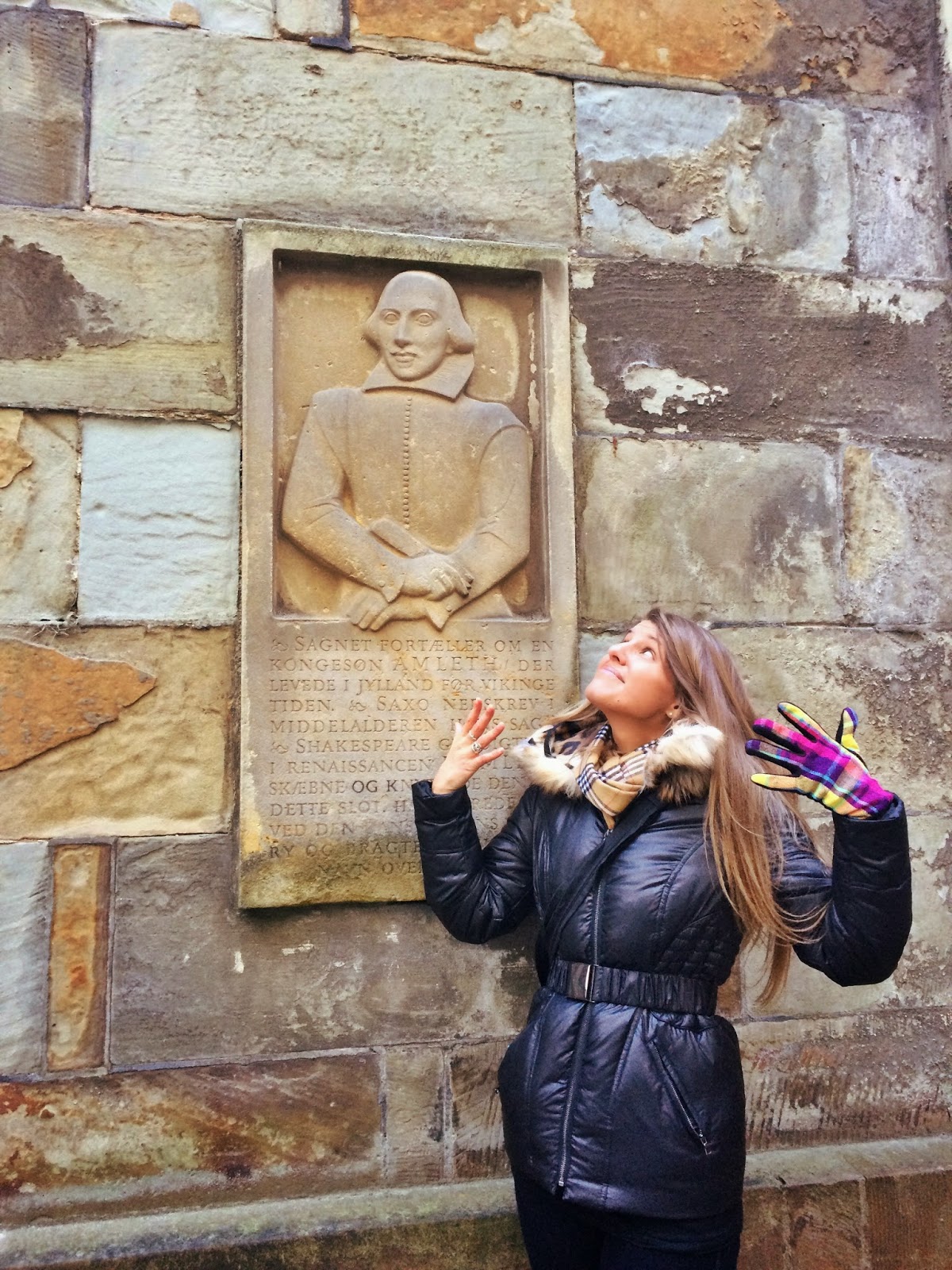 Good ol' Hamlet.  As a writer, of course I admire the bard, but many people do not know that it is, in fact, my specialty. In university I earned a degree in English with a focus in Shakespearean Literature. So, when Mr. Nolandia suggested the famous Elsinore (or Helsingør) for a day trip, I was like all like it's freezing cold. And he was all like, "The lady doth protest too much, methinks." Nah, just kidding, I was game. So early one morning, before breakfast, we hopped the train for Helsingør.

But a trip up to the north of Denmark WAS cold, and the castle itself was like a meat locker. No coats being taken off there. And unfortunately, all of the restaurants were closed. At the castle and in the town, (it was the day after Christmas.) We decided to try and put our hunger out of our minds and explore.  But we had a blast walking the halls and the galleries and dancing awkwardly in the ballroom. I could definitely see how this castle could inspire one of the greatest works in English literature. Dark corners for dark deeds, indeed.

The castle definitely seemed more rugged than Rosenborg Castle or some of the others we have visited in other travels, but it had a very eerie, romantic quality too. Especially with its position on the sea, it had a kind of poetry all its own.

After putzing around and dreaming of days gone by, banquets hosted and battles lost and won, it was definitely time to go. We could only eat the chocolate covered almonds from the gift shop and wander around in the refrigerator that was Kronborg Castle for so long.

There are more things in heaven and earth, Horatio, than are dreamt of in your philosophy. Namely, food. So we hiked around and finally found a little hole-in-the-wall serving up falafel sandwiches, because frailty, thy name is woman. and this woman had tummy rumbles like a mofo.

Which takes me to my last oddly placed Hamlet quote, "To be or not to be, that is the question" and for us, we always pick to be, especially when it's the option to be in a Danish castle.