First Peek: The Library of Panopticon 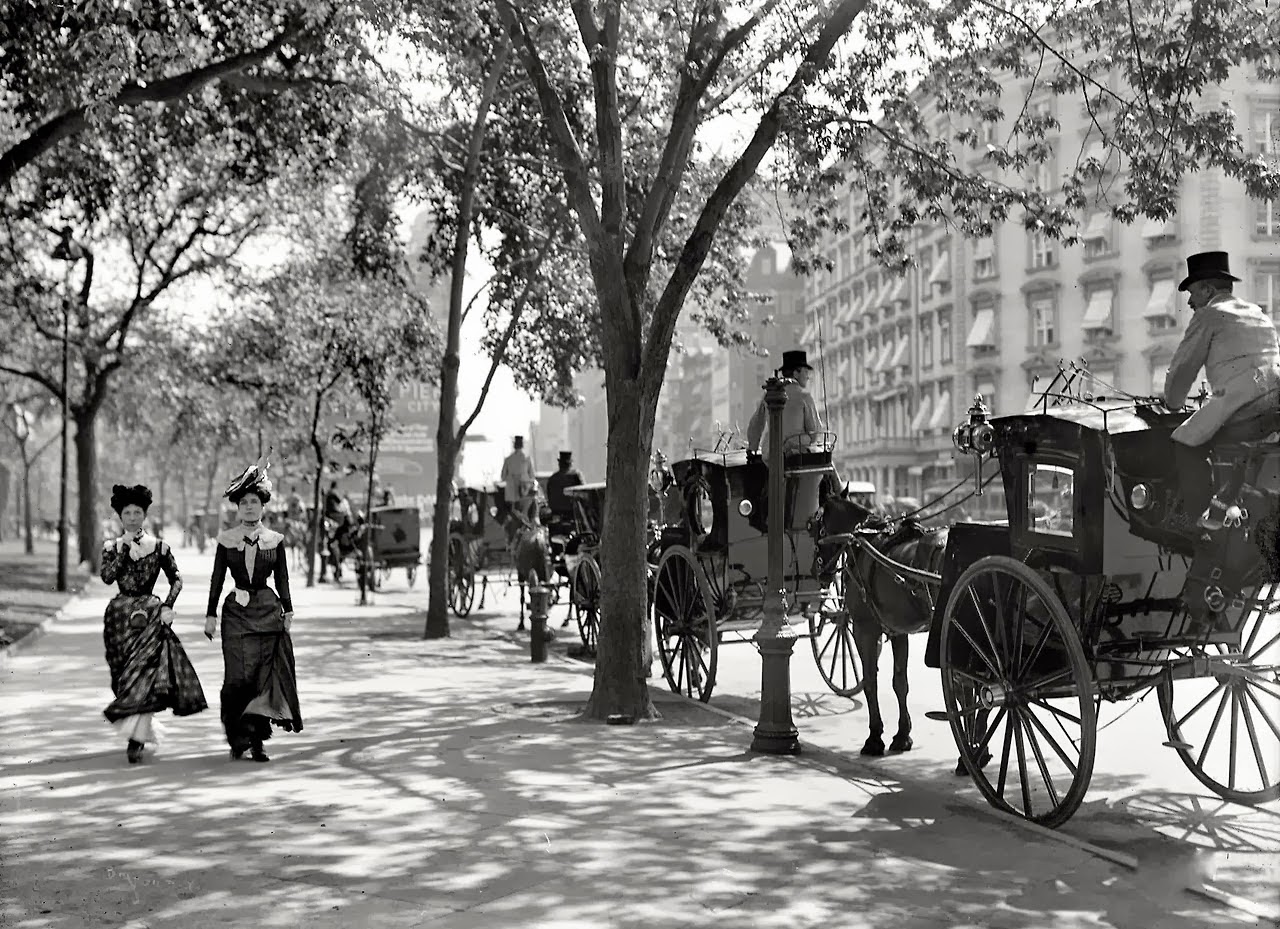 My newest book takes place in a world out of my imagination..but it also heavily features the world of 1900 Detroit. When doing research for this novel, I realized that there were holes in the history of Detroit. The articles are heavy with tales of innovators like Henry Ford, Ransom Olds, Thomas Edison...but unshockingly, much lighter on information on the lives of women. Of children. Of anything other than motor cars and lightbulbs and progress, progress, progress.

And because I am a woman, and a romantic, and someone who likes to envision the lives of regular people, I felt the lack keenly. But, as I also am a huge fan of innovation myself, I set the world of Detroit in the pages of a book, added magic and made a world that is both more to my liking, as historically accurate as possible and also...magic. Take a read on this Completely Unedited excerpt from my newest work, The Library of Panopticon,  out in April/May 2015. A step back in time to imagine the first time an automobile is heard on Woodward Ave, Detroit:

“Yes, it is a rather invigorating thought. Wind in your hair, flying down the streets like magic…”

Lively left the sentence unfinished, and it floated through the air around her parted lips. “Like magic”...there was a certain amount of that around already, fortunately no one else seemed to notice her unfinished comment. Victoria fluttered out and Clara was hurriedly dressing Lively’s hair whilst adding warmer layers over her heavy cotton blouse and cinched-waist wool skirt. She brought out the cold weather overcoat lined with satin and the mink stole, muttering under breath how much better a matching fur coat would be than Lively’s heavy wool one—satin or no.

Less than half an hour later and they were all bundled up and buttoned, ready to be fetched by Mr. Chasseur and the indomitable Madame Beauchamp. A strange noise could be heard coming down Woodward Ave. It wasn’t loud or discordant, but instead, simply different. Lively could hardly help herself from opening the door to peek out and investigate. Mr. Chasseur and Madame Beauchamp were coming to a halt in an open black coach with that looked like four large bicycle wheels . Their cheeks were bright and pink with cold, but both were glowing with happiness. They were laughing, and more than anything Lively wanted to be a part of that joke, whatever it was. A splash of color in the grey and white November day.
The two girls burst from the front door, Aunt Charlotte tottering behind them, her girth making quicker progress undignified and impossible. The younger women, under no such impediment, encircled the motor car with enraptured squeals.
-- excerpted from "The Library of Panopticon" by Alexandria V. Nolan