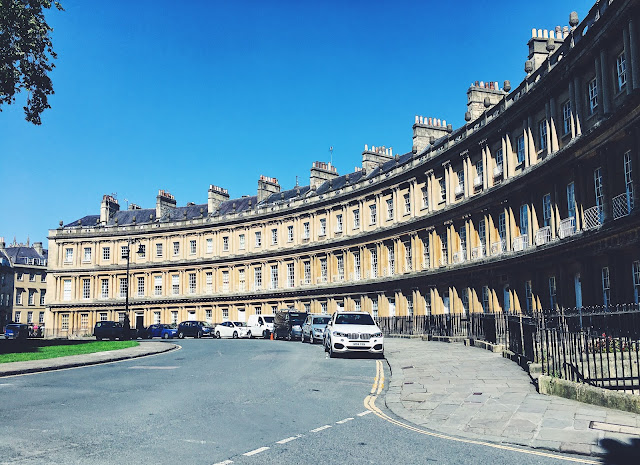 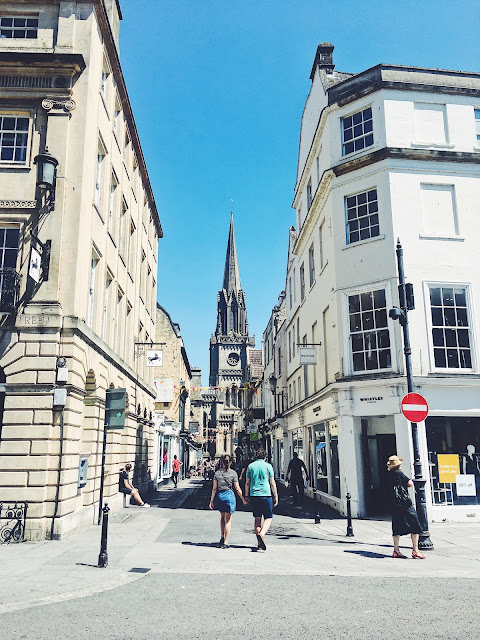 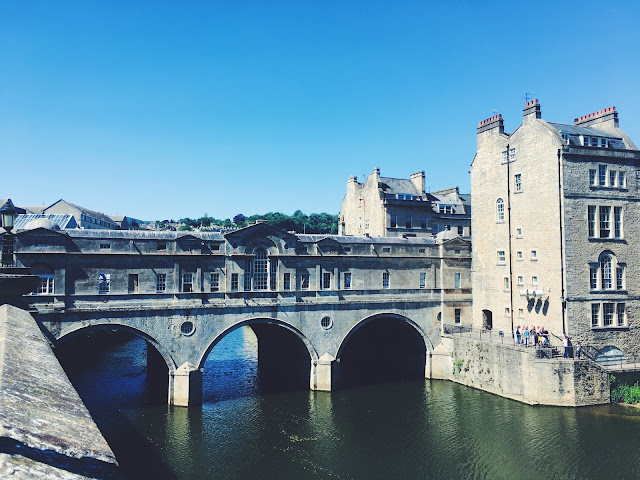 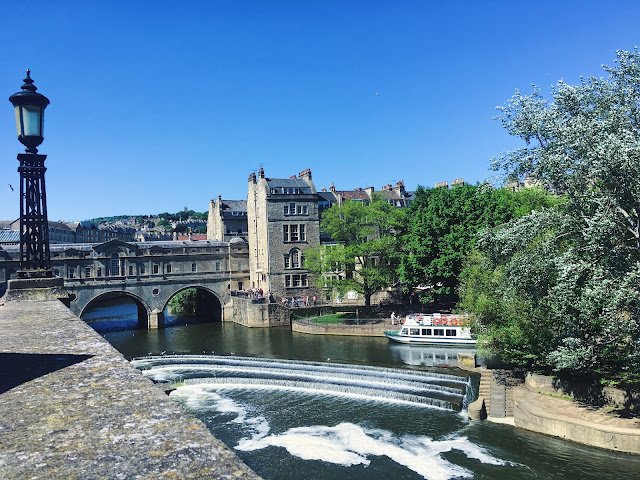 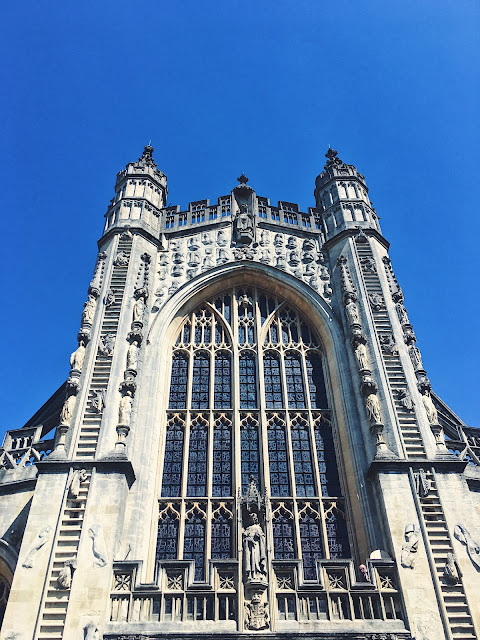 Somehow my wonderful husband got it into his head to go to Bath. We didn't actually stay in Bath, but instead, Monkton Combe, which was my dream come true.

I wish I had more to say about it, truly.  We enjoyed the countryside so much, especially after the hustle and bustle of London, that Bath seemed like another semi-touristy spot that had a few too many souvenir shops.
It was lovely, though.

A Georgian masterpiece of golden-colored Bath stone with elements of Palladian revival and 18th-century charm, at times one did feel as though stepping back into Jane Austen's Northanger Abbey or Persuasion. We had a tea at the Pump Room, the site of the old Roman Baths and later a gathering place for the regency elite. We were told emphatically, "You can bet Jane Austen was in that room before, more authentic than that museum they've got there." And we did go to the God-awful Jane Austen museum in Bath that the locals lament so roundly.

We walked over the Pulteney Bridge and visited a very charming but alarmingly expensive antique map shop, and drifted over past Bath Abbey and over to the Royal Crescent, despairing aloud that we were not descendants of British Aristocracy.  Eventually, we found ourselves in a park, sitting on the grass not caring that it was somewhat damp. Bath was lovely, but we were tired and hungry and the over-kind manager at the manor house we were lodging in had recommended too many restaurants.

We selected one at random, (of course it was furthest from where we were currently sitting) and had a small scale argument about the wisdom of taking an Uber for a mile long trip. (I was against,  he was for. I won, and we walked)

I can unequivocally recommend The Bathwick Boatman for dinner, especially if you are able to score a table outside with a view of what is honestly a very unattractive river but is pleasant nonetheless. Dining al fresco near water on a warm day is always preferable to indoors, and the food was absolutely delicious.

Bath was not what I expected, and I must admit, in some respects, I was let down. I think because I read too many books, and live too completely within those pages, and the modern reality was a bit of a nasty shock after the incandescent happiness of the English countryside of Monkton Combe. But, a day well spent, a city thoroughly (or nearly) explored, and it was back to the trails and lanes and bridle paths and our favorite village pub for the night.