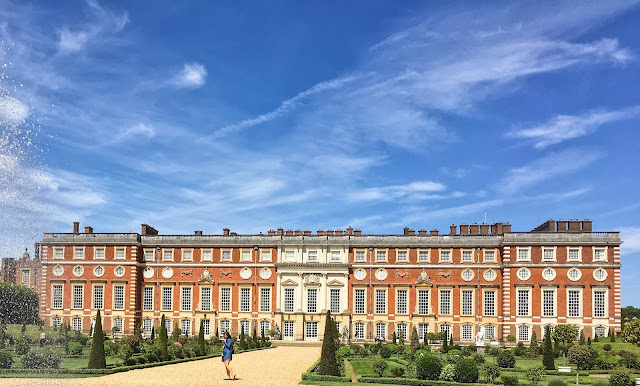 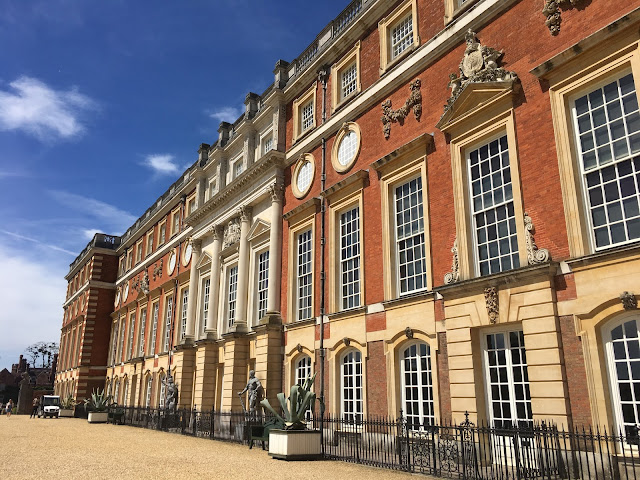 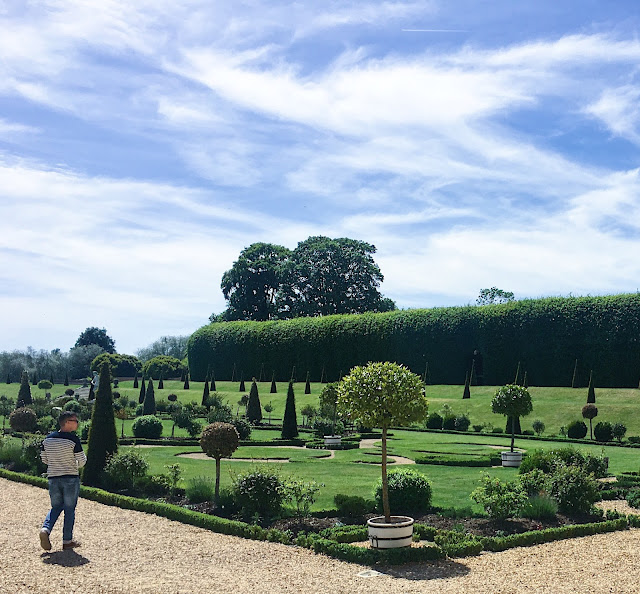 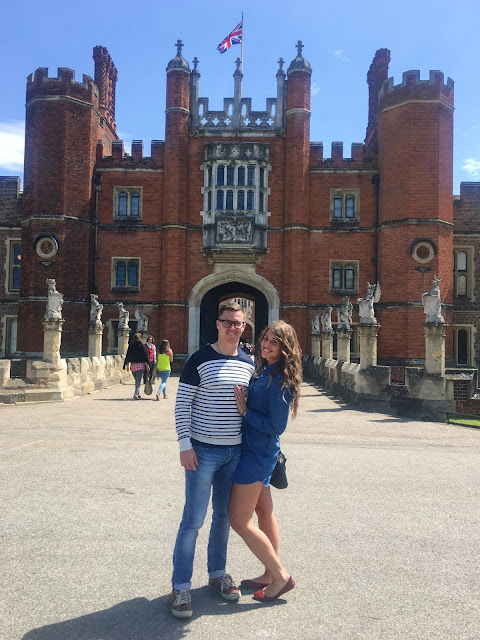 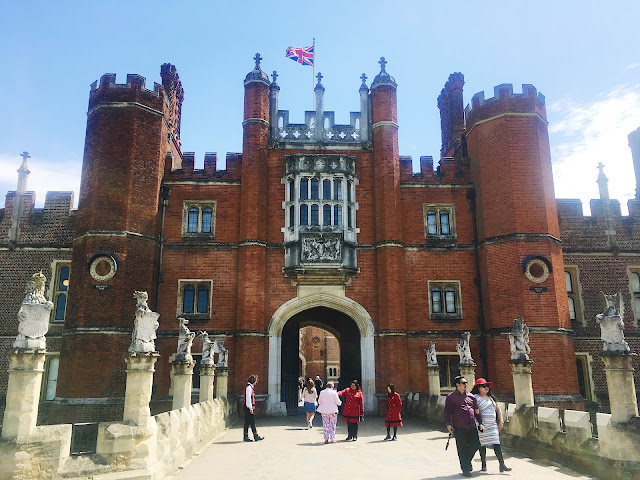 We LOVE Lucy Worsley. She's a presenter on the BBC who does a lot of Tudor-era historical documentaries, but also specials on historical homes, clothing, dancing, Russia, Jane Austen and I'm sure I'm forgetting some. But we absolutely adore her. She's the chief curator at Historic Royal Palaces in Britain, so we got it into our heads that perhaps we'd glimpse her if we visited Hampton Court.

Of course, no dice.

But, the palace itself was bursting with our favorite thing in the entire world--British History. It was Henry VIII's palace, and Elizabeth I, and the Stuart (or Stewart, I've seen both) monarchs and the Georgians. I was completely giddy the entire train ride down from London and clutched at Terrence's hand, breathlessly whispering, "we're really going!"

The building itself was almost miraculous to me. So many novels I've read having taken place within the walls, so many biographies and ghost stories of Katherine Howard running down the hall and begging for Henry to spare her from the chopping block. I could picture Monarchs through the years in the chapel, and on the lawns and through the gardens. So many times in our travels I am captured by the feeling of walking in the footsteps of others or stepping back into time. But at Hampton Court specifically, I felt oddly at home. As though all was where it should be and how I expected it.

We've been to many palaces and castles and fortresses over the past years together, but this one pricked at my heart in a special way. Elizabeth, the virgin queen I grew up reading and studying. Her young and handsome father who tore apart a kingdom to marry her mother, only to discard her many times over, and in the end grow obese and cruel and probably suffering some kind of brain damage.

All in all, it was less a visit than a coming home, and a rush of happiness at finding it real, and solid and myself within its corridors and anterooms, staircases and gardens.

We just wish Lucy had been there.