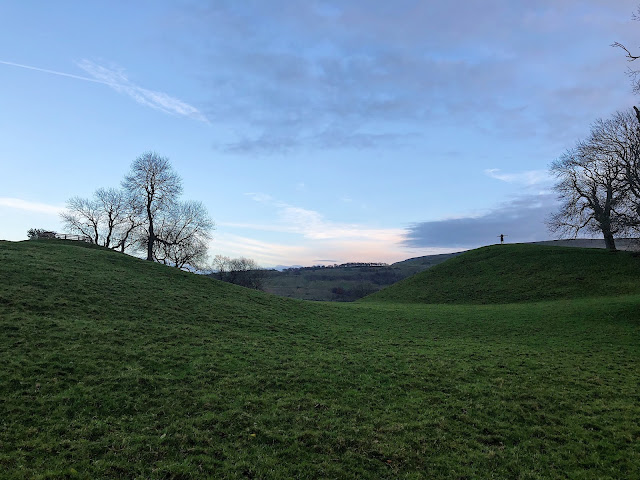 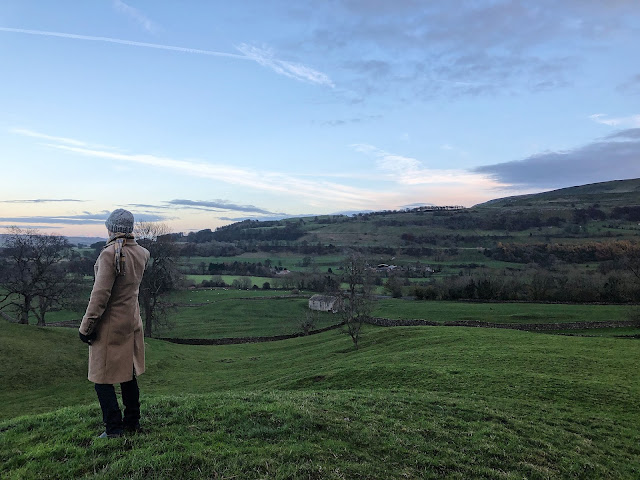 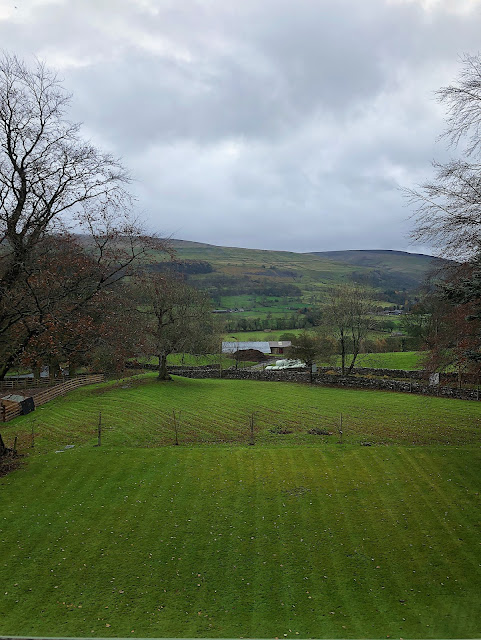 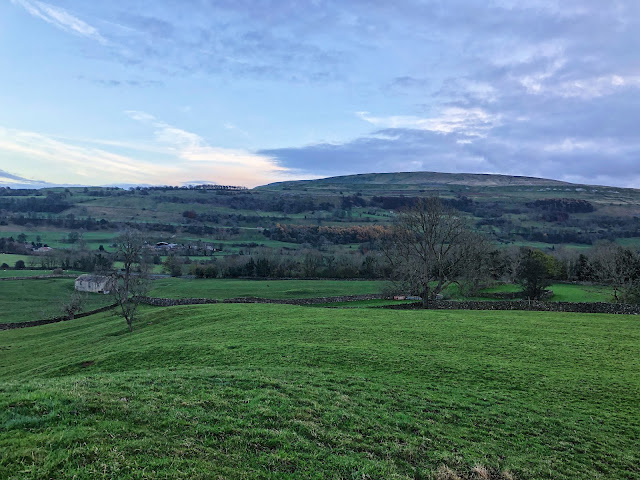 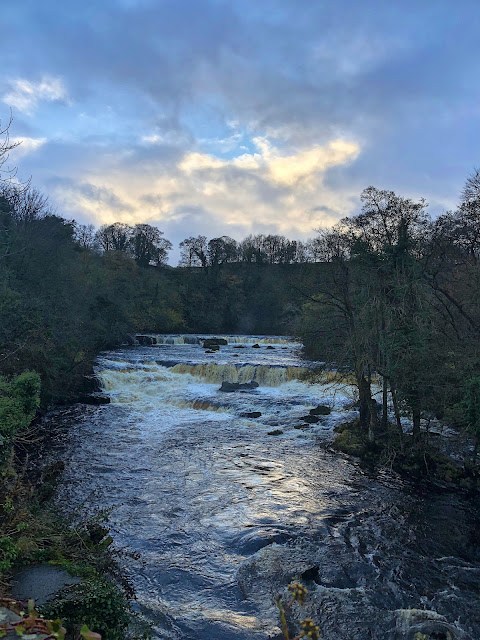 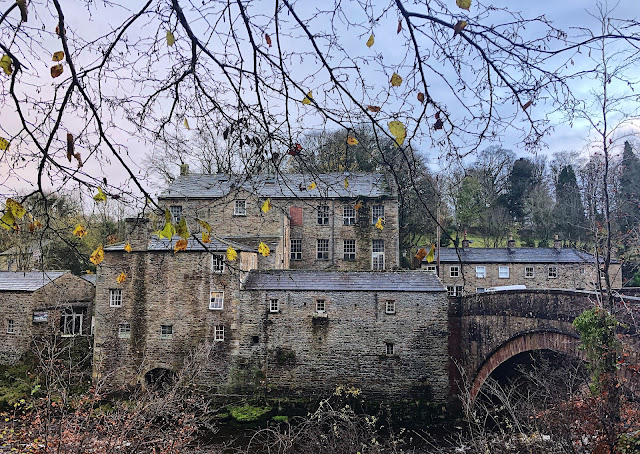 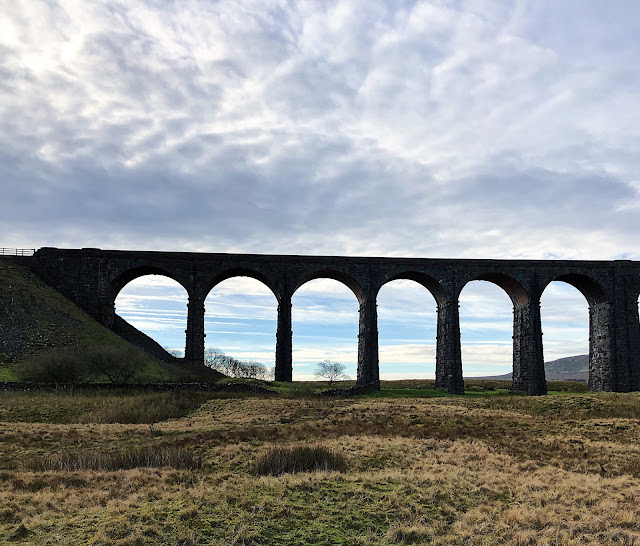 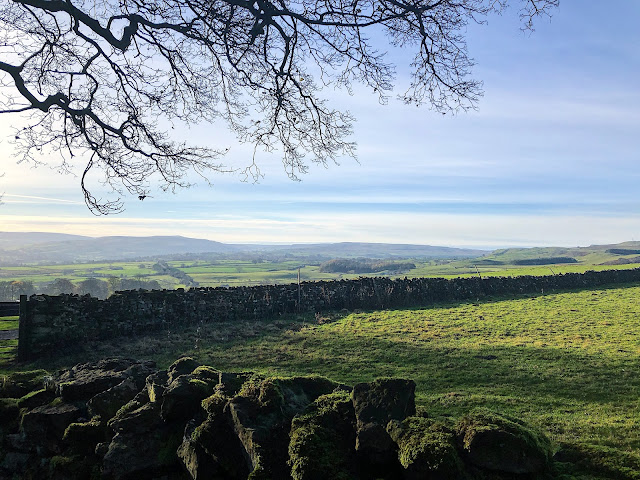 Let me begin by emphatically stating that if there is ever a time that I cannot be located, that my whereabouts are completely unknown— know it is because I have escaped back to the Yorkshire Dales, and hopefully am never coming back.

The word atmospheric sounds so....pretentious. And I suppose it is, in a way. But that is the best word I can find to describe it. The Dales, the green of them, the roll and twist of them, the sloping patchwork of farms and hills and rivers and tiny, blink-and-you-missed-them villages. The whole surrounding countryside was incredibly romantic. It was like living with Wuthering Heights, or feeling that one was with Jane Eyre at Thornfield Hall, a large country house that existed alone, and somehow in the center of its own world.

Whilst on this visit  to Aysgarth in the Dales, we took in the local sights—sights, that, incidentally, locals seemed to take completely for granted. The old Medieval church (originally built in 1536), Bolton Castle (built in the 1300s!)Aysgarth Falls which were visited by Ruskin, Turner and Wordsworth. All of this majesty in a sleepy little village with two pubs and a local butcher. There was a lovely tea shop adjacent to the falls, serving all kinds of cakes and scones, sandwiches and tea in mismatched pots and saucers. Just a small, charming place that sold local fudge, jams and marmalades. But peeking into that front door felt like entering another time. A simpler time, a sweeter time that probably never was, except for in our American imaginations.

We took tea at our bed and breakfast every afternoon in the lounge, looking over old maps of the area, catalogs from a local auction house and coffee table books about England, dogs, mid-century furniture and cheese. All of the windows in the old house looked out over the Dales, over hills and valleys, seemingly for miles. Though the air outside was crisp and chill, with the bite of winter  ever present, all of the landscape was green, green, green. Green like you’ve never seen it, not even in the brightest spring. It was more verdant than Ireland, brighter than new grass in the morning dew. It was shocking to peer out on that view every day, and more shocking still to drive through it. Like a film, like a photo that has been tinted and filtered—but real.

We remarked over and over on our sojourn that time seemed to move differently in the Dales. A day could pass and it felt like an afternoon, or a week, or a year together. We felt as if we had just discovered the magic of the place and at the same time as though we'd lived in the meadows and hills for the entirety of our existence. The days were shorter, certainly, but night never seemed to fall, as it does in other places. Instead, it crept in on satin-stockinged tip-toes, until suddenly it was all about us, enveloping us like a dark blanket. Chasing us out of pubs and back to our snug beds to wake again in the bright green sun-soaked morning.