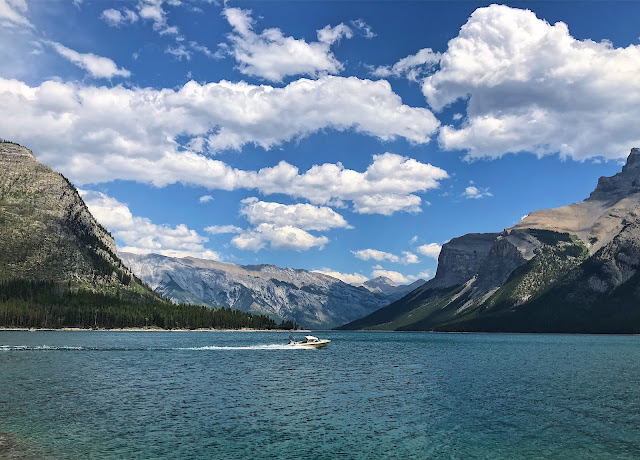 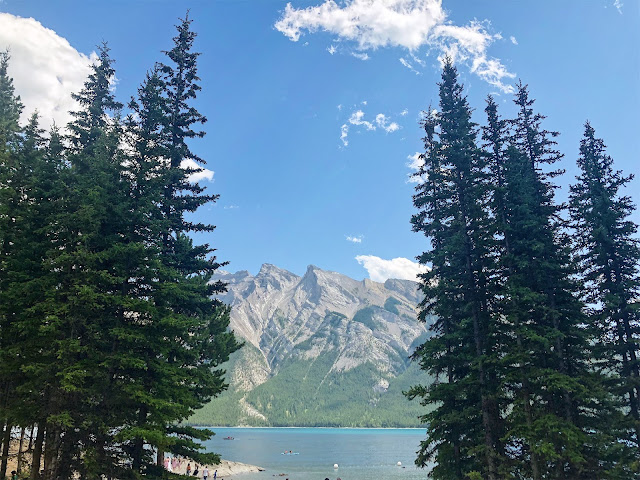 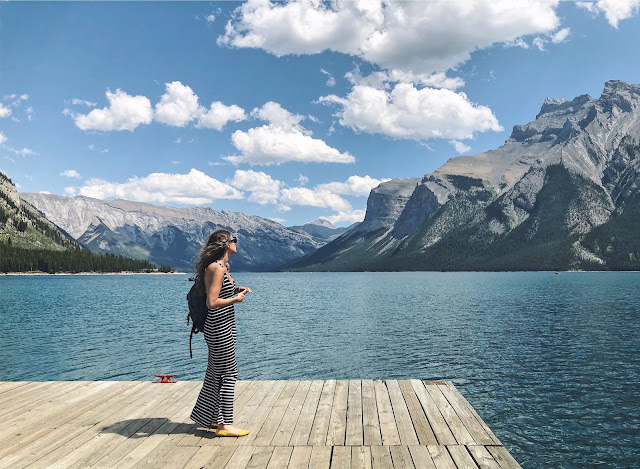 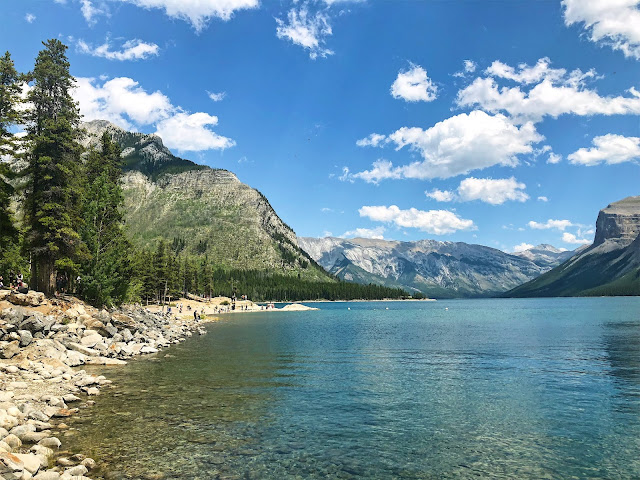 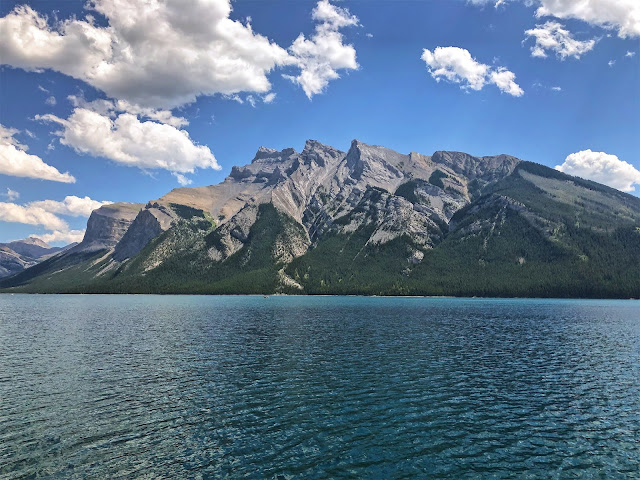 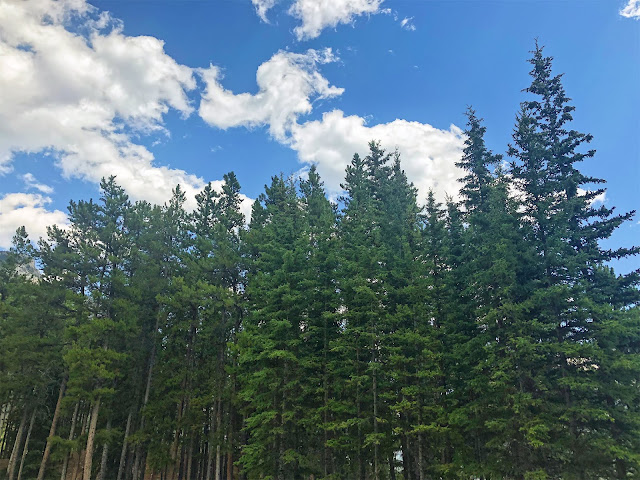 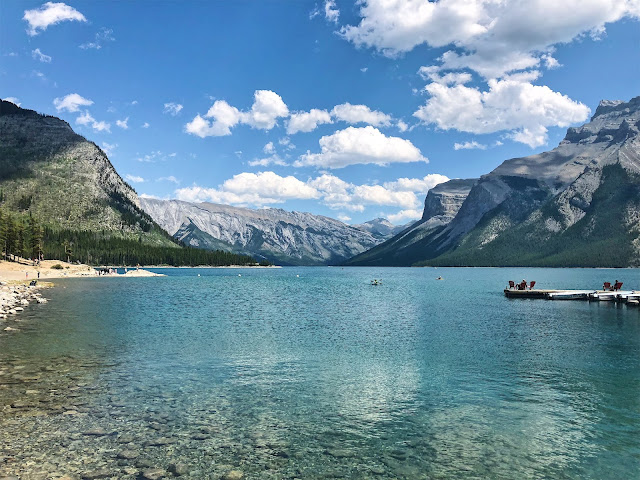 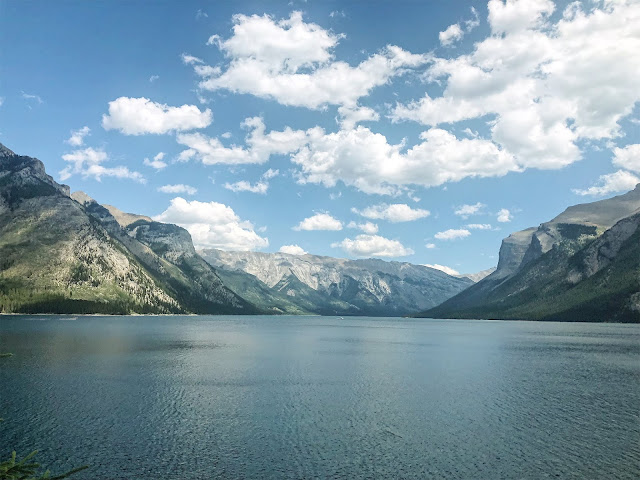 Have you ever had the experience of returning to a place you had been before, to find it utterly different than you remembered?
I hope so, for your sake.

And I don't mean the sensation of returning to your childhood home to find that it is smaller than you remembered, or back to your high school to see that it is completely changed by a new coat of paint and the knocks and scrapes of different students and dramas different than those of your experience.
Instead, I mean, have you had the occasion to revisit a place traveled to find that your initial impression was incomplete, or even, in some cases, incorrect?

Such was my experience this last time we found ourselves driving through the Canadian Rocky Mountains back to Lake Minnewanka.
I was not at all excited about this little adventure, though many would have been. It is, after all, a lovely lake. Beyond lovely, actually. It is so indescribably beautiful as to almost appear like a backdrop on a movie set. It is so gorgeous as to almost seem fake. As though if you squint your eyes just right you could perceive the brushstrokes or imperfectly draped background. But no, unbelievably, it is quite real.

As I said before, I was not looking forward to the trip. For one, I hadn't had a great experience the last time we had ventured into the mountains, and secondly, we had the added bonus of an infant in the backseat. It was to be our first road trip experience with our little one, and to say that the constant anxiety of the sound of a faint or whimper wasn't playing on my mind would be a lie.

But after a tense drive through the gorgeous summer mountain range, we arrived at the zig-zagging roads that led up, down and around to the lake.
The first sight of Lake Minnewanka is enough to literally steal your breath. There is nothing like it. The water is so blue, and it ripples evenly as though it is being painted before your eyes by a master artist. The mountains are covered in green trees, dappled like sunbeams on the mountain's slopes. So many trees that it feels impossible that so many could grow in such numbers and at such heights.

I had anticipated stress and a nagging need to return to the car and drive right back to our little house in Calgary, all while calming a screaming infant and my own nerves. But instead, the calm of the lake's waters smoothed my own ruffled anxieties. The sun shone warmly above, but it was not an oppressive heat, but instead a gentle, steadying kind of warmth, like a familiar hand on the back of your shoulder.

Surrounding the lake were families. Old men, young women, toddlers, babes in arms, fathers, sisters, uncles. They were having picnics and testing their feet at the water's edge. They were renting boats and taking pictures, sitting on the dock and holding hands. Calm washed over me, and over the sleeping baby in my arms. This wasn't a scary, stressful outing after all. We were exactly where families were supposed to be. Under the pine trees, beneath the sun and cottonball clouds, at the water's edge. Lake Minnewanka was a family kind of place, a gathering place, where people came to spend the day with those they loved. To experience the spectacular beauty of the lake and capture a little of the magic of it for themselves.

It was difficult to tear ourselves away in the end. The baby opened his eyes in apparent wonder at our surroundings, though his eyes seem to open in wonder in most surroundings, truth be told. The ride back to Calgary through the mountains was just as calming and the mountains seemed friendlier, less imposing than they had on the drive up.

The same place, but with new eyes. The same experience, except, this time, it was utterly different in every way.